10 Myths And Truths About Feminism

10 Myths And Truths About Feminism

No, it’s not only for women! 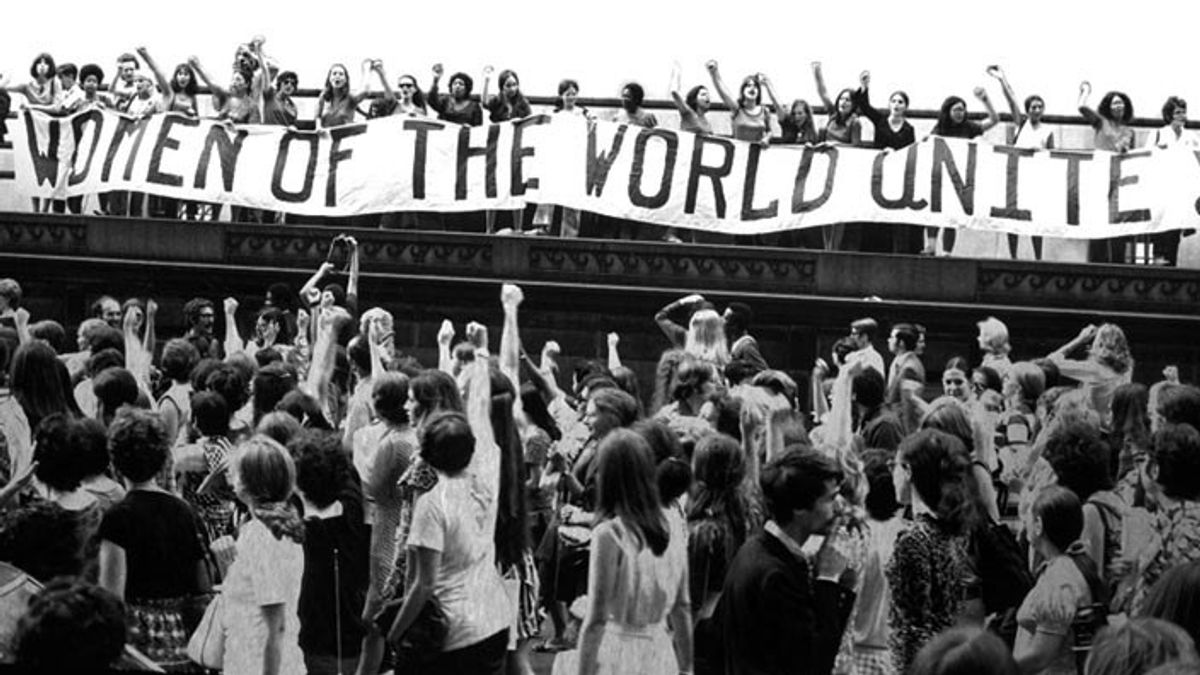 There are many misconceptions about feminism that you need to stop believing in. Several of these misconceptions come from people you may know, media, and typical feminist stereotypes that actually discredit what it means to be a feminist. In reality, most people who negatively talk about feminism probably don’t have a clue what it means, because if they did they would be proud to be a part of a movement that yes was started by women, but is for everybody. Here are 10 myths and truths about feminism you’ll be proud you finally discovered.

1. Myth: Feminism is for women who hate men

Truth: Umm no, that’s called misandry. Feminism is not anti-male, it is a movement to create social and political change such as the intention to end sexism and sexist oppression and everything that falls underneath that.

2. Myth: Only women can join the movement

Truth: Nope. Feminism needs the collaborative effort and support of men if it wants to make genuine change. The idea of this movement aims at providing equal opportunities to women and supporting it has nothing to do with your gender. So, if you support equal rights and are against concepts like patriarchy or matriarchy, guess what? You’re a feminist too.

Truth: Although the movement in the 60s and 70s was displayed by a majority of white women in the media, women of color have been a part of the movement since its inception.

Truth: Actually, it helps them. Feminism aims to quash gender roles for women and men. It doesn’t agree with the idea that men should succumb to societal pressures such as being tough, aggressive, unemotional and in control of every aspect in his life. Feminism allows you to be as vulnerable as you want, to express yourself and ultimately gives men freedom too.

5. Myth: Feminism is about gaining power and forming a society ruled by women

Truth: This misconception simply isn’t in the agenda, nor will it ever be. Unfortunately, some people actually believe that if feminism were to take over the world, men would become oppressed. But power and supremacy is not what feminists want. They want equality for all, regardless of race, class, gender and sexual orientation.

6. Myth: Feminists are stuck up, crazy and just angry

Truth: Not all feminists lash out and those that do, that are angry, probably have a good reason. Maybe they’re tired of not being taken seriously. Tired of sexism and being oppressed. Tired of gender inequality. Just like they are capable of speaking up, they are also capable of having a civil discussion.

Truth: If you are a man and consider yourself a feminist, you are not going against your own gender. You’re simply standing up for what is right, for everyone. Just because you are supporting women’s rights doesn’t make you gay or any less of a man. If anything, you are making it easier for other men who consider joining the movement.

Truth: As long as you identify as being feminine then there is nothing wrong with being stereotypically “feminine.” In fact, feminism is about giving women choices, not limiting their self-expression. Not all feminists are against femininity. What they are against is being told how to behave according to their gender.

Truth: Actually, there are plenty of married feminists out there. If there is something they don’t believe in, it is unequal marriages.

10. Myth: There is no point to feminism, we can vote now

Truth: Yes, we can vote now...so what? The patriarchal system still exists and there is still a 23 percent gap in employment opportunities, despite women making up more than half of the population.

Clearly, we still need feminism for many reasons, especially because the number of misconceptions goes beyond this list. That’s why it is essential that people know what feminism is really about, because it should expand itself and be intersectional.