You kind of have to listen to me... I'm an English major. 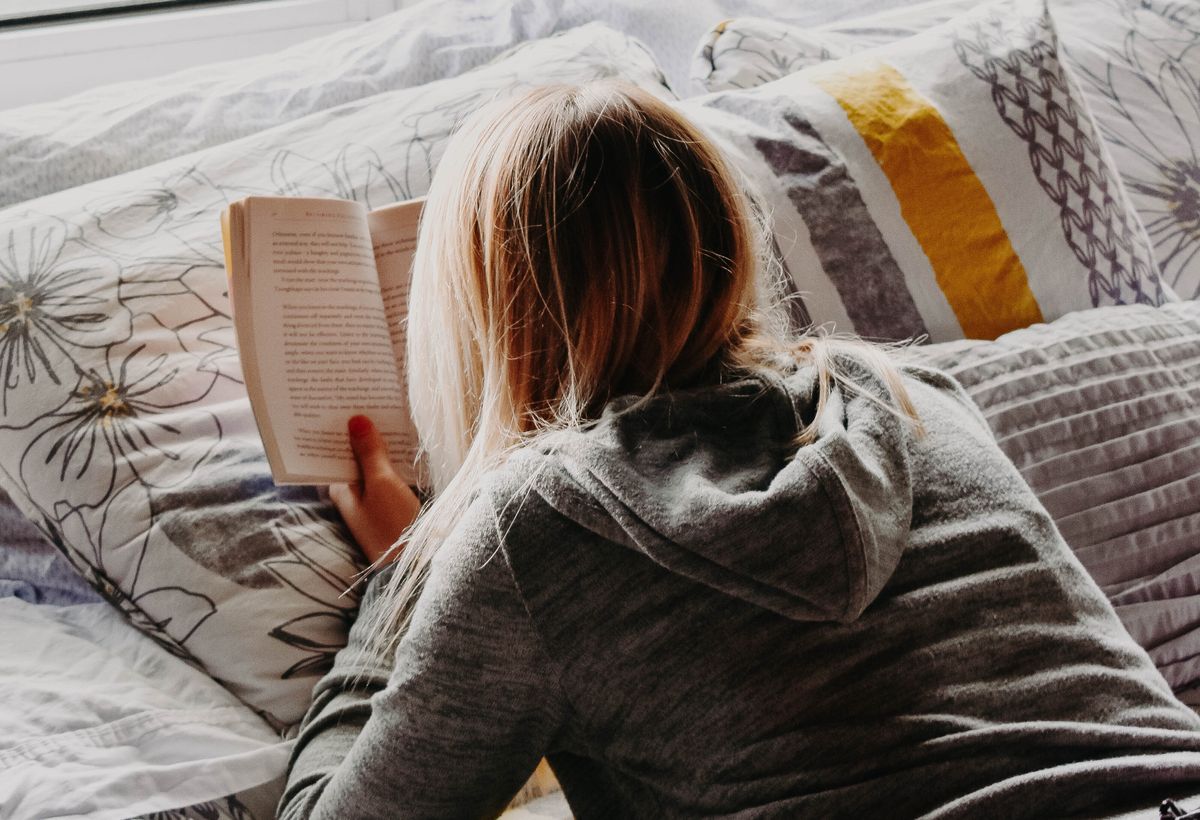 As an English major, people are constantly asking me what I’m reading and what my favorite books are. I’ve read more books than I could even count at this point, and they cover a wide range from Victorian classics to cheesy, young adult fiction. No matter what genre you may prefer, I firmly believe that it’s important to just make sure you’re always reading. Here are my top 10 book recommendations from an English major (in no particular order):

1. “The Perks of Being a Wallflower” by Stephen Chbosky

This is my absolute favorite “coming-of-age” story in existence. It follows the life of quiet, awkward Charlie as he tries to navigate his future. His entire world flips upside down when he meets his carefree best friends, Sam and Patrick, and they show him different kinds of fun he had never know. I read this book at the time in my high school career when I really needed to read it, and I fell in love with everything that Charlie is. If you haven’t read this, pick it up, like, right now.

This is actually the most recent book I have read, and it got added to the top 10 right away. Proceed with caution because it is low-key terrifying. It’s told from the point of view of a girl who is thinking of breaking up with her boyfriend, Jake, as they go on a road trip to his parents’ house. I can’t really say more than that without spoiling everything, but it’s the most scared I have ever been while reading. I had to put it down and breathe for a sec after every couple pages.

This is a crazy-fun mystery novel I read this past summer. It’s about a detective, Rob Ryan, who solves a crime of a young girl who went missing in the woods. The plot twist, though, is that he was witness to a crime as a child in those same woods that he can’t remember one single detail about. The only thing the police know is that he was found alone with blood filling his socks and shoes. Pure craziness ensues…

4. “Pride and Prejudice” by Jane Austen

Ah, a classic. Call me the cliché of the English major, but this novel is the pinnacle of the love story. It follows the Bennet family, as their daughters look for love with the right men. It is a definite “chick flick” in a novel, but it’s also a hilarious satire on social class in the Victorian era. Every time I reread it, I wish a little harder for my own Mr. Darcy…

5. “Romeo and Juliet” by William Shakespeare

Okay, I know. I’m literally the cliché, but what kind of English major reading list would this be without a little Willy Shakes? I know this is also not technically a book, but a play, however, the story reads all the same. I’m sure you know the plot already, but it tells the story of Romeo Montague and Juliet Capulet as they try to figure out how to be together despite their insane family feud. Besides the plot, I really love this play because of Shakespeare’s gorgeous use of language. There are so many famous, quotable moments, and I literally get chills when I read them. If you haven’t read this, I’m judging you.

6. “Looking for Alaska” by John Green

Here we have another young adult, fictional work. John Green is most famous for his other amazing novel, “The Fault in Our Stars,” but the story of Miles and his adventures at the boarding school, Culver Creek, is even more addicting. Alaska is one of my favorite characters in literature, and her relationships with other characters are written to perfection.

This is kind of obscure for the novels I typically find myself wanting to read, but after reading it during my sophomore year of high school, I fell in love. It tells the story of Billy Pilgrim, who time travels through his whole life over and over again, and in no particular order. He has witnessed everything from his birth to his death, not forgetting about all of his other life events in between. So it goes.

If you haven’t read this novel, you absolutely must. I firmly believe that this is the novel everyone needs to read this novel before they die. It tells the story of the nameless, African-American narrator, as he travels through life trying to find his sense of self. His story is told through the characters he meets who bring him closer and farther from his true identity. It gives me chills all over again every time I think of it.

Daisy! Nick! Gatsby! Parties! Ugh! After reading this novel, I firmly decided that if I ever get the opportunity to time travel, I’ll be going straight to the 1920s. This novel is told through Nick Carraway, as he tells of his experiences meeting the most incredible and wealthy Jay Gatsby. Plus, who doesn’t want a guy who throws crazy parties every weekend in hopes that you’ll show up to one? Ugh. Obsessed.

This was the first series I really remember loving when I was younger. It’s a million times better than the TV show, so definitely read it before you watch it. It tells the story of four girls who receive mysterious blackmail from an anonymous someone named “A” after one of their best friends goes missing. What do they know? Who is A? What will happen?! Read and find out!