10 Books To Read About The Holocaust
Odyssey

10 Books To Read About The Holocaust 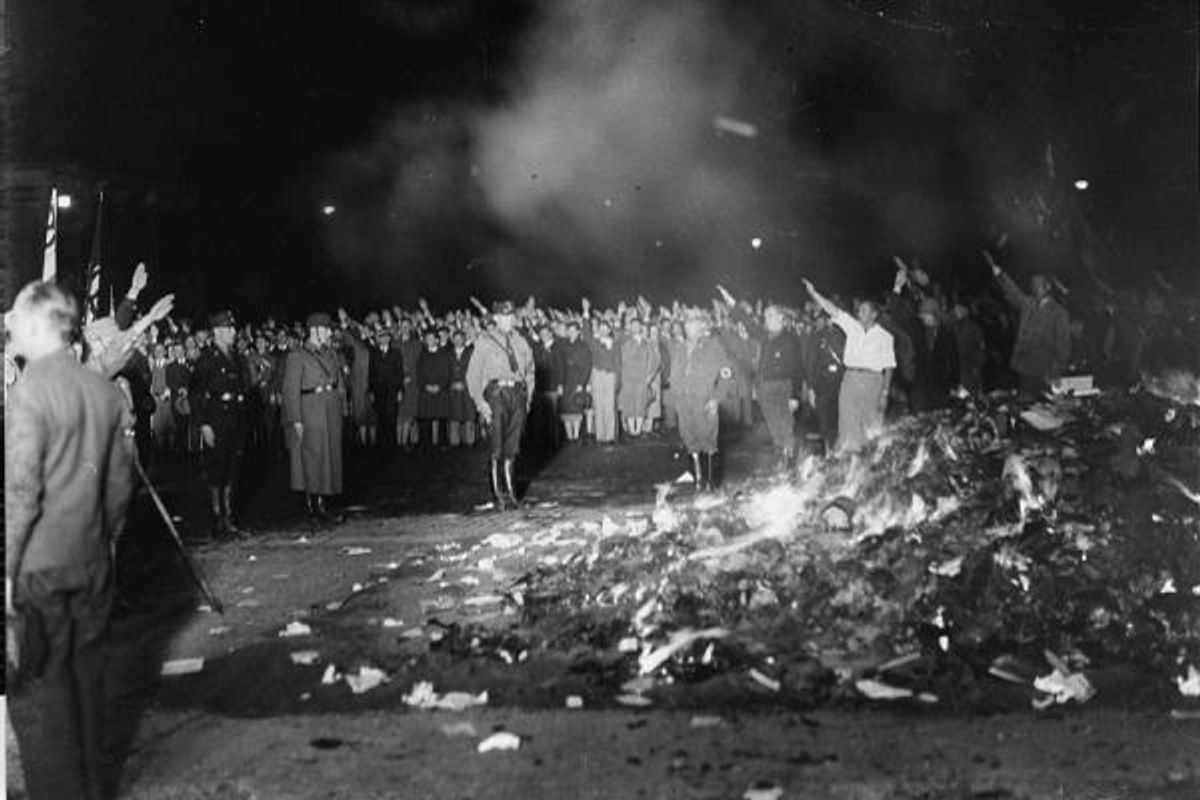 One of the largest mass genocides and most atrocious acts of human villainy took place during World War II. This is known as the Holocaust. German Dictator Adolf Hitler led Nazi Germany to slaughter over 6.5 million Jewish men, women, and children, and kept millions more starved, malnourished, diseased, overworked, beaten and left for dead in the hundreds of concentration camps set up all over Europe. The Holocaust could've been avoided altogether, but because it wasn't, we must never forget these heinous crimes and we must prevent "history from repeating itself" in future generations.

Here are a few pieces of literature, fiction and nonfiction, including some written by Holocaust survivors and victims themselves, that you should consider adding to your to-read list:

1. "The Diary of A Young Girl" by Anne Frank

Anne Frank was a young girl that hid from the Nazis in a small annex above her father's office building with her family for the last three years of her life. Her diary was recovered from the annex and published, making Anne's story of survival internationally known. Although the discovery of her hiding place meant death, Anne was full of hope and life. To quote her diary: "In spite of everything, I still believe that people are really good at heart".

A survivor of Auschwitz-Birkenau and Buchenwald, Elie Wiesel wrote of the horrendous things he saw and experienced until his liberation from Buchenwald in 1945. "I wanted to show the end, the finality of the event. Everything came to an end-- man, history, literature, religion, God. There was nothing left. And yet we begin again with night."

3. "I Will Plant You a Lilac Tree" by Laura Hillman

Hannelore Wolff, known as Laura Hillman today, recalled her own survival in eight different concentration camps and how her name wound up on Oskar Schindler's list of 1,200 Jewish prisoners to be rescued to work for him in his factory. She fell in love with a fellow prisoner and Schindler employee, whom she married and moved to America with once the war was officially over.

4. "The Girl in The Red Coat" by Roma Ligocka

Although Roma Ligocka was only a little girl during the Halocaust, she was able to recognize herself in Spielberg's "Schindler's List" as the girl wearing the jacket that provided the only drop of color in the entire film. This inspired her to write and publish her memories of her childhood and how it was tainted by Nazi-occupied Poland.

5. "The Boy in The Striped Pajamas" by John Boyne

This novel captures the dreadful acts of the Holocaust through the innocent perspective of a child. In the novel, Bruno's father is promoted to a higher rank within the SS guard, causing Bruno and his family to leave his life in Berlin behind and move into a new home next to Auschwitz-Birkenau. Bruno's growing curiosity leads him to destroy a social barrier and befriend a Jewish prisoner around his age. "What exactly was the difference? He wondered to himself. And who decided which people wore the striped pajamas and which people wore the uniforms?"

6. "The Devil's Arithmetic" by Jane Yolen

A typical Passover dinner in which Hannah's negative emotions towards her family and religion turns into a journey to the past. She is transported to a concentration camp in 1942 and learns how crucial it is to remember the past and to appreciate her current life.

7. "Summer of My German Soldier" by Bette Greene

This novel takes place in Arkansas during World War II, where former Nazis, who are now prisoners of war, move into a prison camp in Patty's town. The roles are reversed as Patty, a Jewish girl, helps to hide an escaped German prisoner named Anton and falls in love with him in the process. Ironically, Anton shows more love for Patty than her parents do and teaches her about the importance of self-worth.

8. "The Book Thief" by Markus Zusak

Narrated by Death, this story follows Liesel, a young girl living in Munich during World War II. Liesel has a habit of stealing books that were meant to be destroyed in the many bonfires started on the streets by the Nazis, and brings them back home to the Jewish man her family is hiding in their basement. By having Death narrate, it emphasizes the double-edged blade that is human nature. “The consequence of this is that I'm always finding humans at their best and worst. I see their ugly and their beauty, and I wonder how the same thing can be both."

"The Berlin Boxing Club" is based off of a true story involving professional boxing champion Max Schmeling. He offers lessons to a young boy named Karl, who starts to feel the tension of being Jewish in Nazi Germany, even though he didn't classify as Jewish. "I didn’t really consider myself Jewish. Raised by an atheist father and an agnostic mother, I grew up in a secular household. I had absolutely no religious background or education." This story shows how no one with any trace of Jewish family background was safe from harm.

The Vel' d'Hiv Roundup was an event during World War II in which thousands of Jewish men, women, and children living in Paris were captured, herded like cattle, squished into a bicycle stadium for days without food and water, then placed into concentration camps. An American Journalist living in Paris researches the roundup and learns the story of a ten year old girl who locked her younger brother in a cupboard to protect him from the roundup. Thinking she would be gone for a night at most, she intended to release him when she returned home.