Here's Which Famous Jennifer You Would Be, Based On Your Zodiac Sign 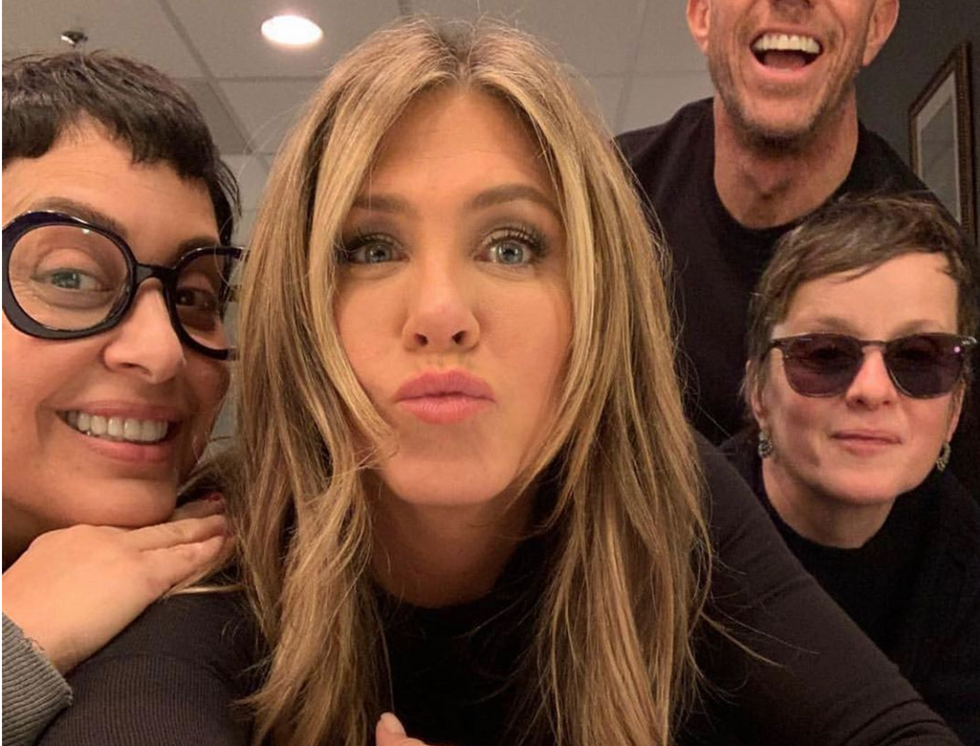 For some reason, people named Jennifer are great at being famous. Think about it, Hollywood is filled with A-listers named Jennifer; we've got J-Lo (aka Jennifer Lopez), Jennifer Lawrence, Jennifer Aniston, and the list goes on and on... These days, if you name your child Jennifer you've got a 50-50 chance that they'll end up walking the red carpet.

But what Jennifer would YOU be, if you were born a celebrity? We bet we can guess, based on your zodiac sign.

(Note that these selections aren't based on each celeb's birthday, but rather on the vibes that they give off as public figures.)

Jennifer Carpenter is mostly known by Americans for her portrayal of Debra Morgan, the adoptive sister of Dexter in the Showtimes series "Dexter." In the show she's depicted as very hardworking and headstrong, two personality traits that are very common in those born under the Capricorn star sign.

You know her as Harper Finkle from the "Wizards of Waverly Place." Jennifer Stone seems like the type of person who marches to the beat of her own drum and honestly does not give AF about what anyone thinks — just like an Aquarius! She's quirky, lovable, and likes to stand out, just like this air sign.

The "13 Going On 30" star comes off as sweet, affectionate, and like the friend you'd like to go to with a problem because you know she'll always be there to support you no matter what. If you're a Pisces, or have a Pisces friend, this behavior probably sounds familiar to you, and that's because it perfectly describes the behavior of this water sign.

A strong, powerful voice like that of Jennifer Hudson needs to be matched to a strong, powerful personality, like that of an Aries. Given that Jennifer H rose to fame after becoming a finalist on the third season of "American Idol" she gives off the competitive vibe that Aries are infamous for. She's the kind of gal that everyone wants to have in their corner, just like an Aries.

A post shared by Jennifer Coolidge (@theofficialjencoolidge) on Jan 7, 2020 at 5:37pm PST

Fun-loving Jennifer Coolidge perfectly embodies a Taurus. The luxurious life of a superstar suits her well, and it's clear that she always puts effort into her aesthetic, which is something Taurus everywhere love to do.

You probably know her as Dr. Allison Cameron on "House" but this actress has also appeared in shows like "How I Met Your Mother" and movies like "Star Trek" and "Warrior." Jennifer M. plays roles that are funny and light but she also has a dark side and a somewhat deadpan sense of humor. Just like with a Gemini, you never know what side of her you're going to get.

Like those that fall under the Cancer star sign, Jen seems like the type of person who just gets you. She comes across as empathetic and caring but isn't one to flaunt all of her strengths. She also doesn't seem to want to be at the center of attention all the time, even though she often is. Instead, she prefers to keep a smaller tight-knit group of friends that she actually cares for, just like a Cancer.

Unlike Cancers, Leos LOVE the spotlight, in fact, they thrive in it, just like J-Lo. With her energetic performances, flashy outfits, and overall charisma she's naturally meant to stand out from the crowd and to be adored.

Look up classy in the dictionary and you'll probably find a picture of Jennifer Connelly. She always looks smart, chic, and put-together, just like a Virgo. Also like a Virgo, her sharpness and style may come across as intimidating for some, but those who are close to her know she's a real sweetheart.

Always willing to lend a helping hand to those less fortunate to her and to fight for justice (ala Hunger Games), Jennifer Lawrence is the perfect representation of a Libra. She can charm her way through anything, even making people forget that she's a total klutz.

Mostly known as Baby from "Dirty Dancing," Jennifer Grey is intense, highly creative and determined, just like a Scorpio. Her passion isn't matched by many, and it comes across on the screen. That's why her '80s performance as Baby is still idolized and remembered to this day.

You probably remember Jennie Garth as Kelly Taylor from the 'Beverly Hills, 90210' series, or as Val Tyler from the sitcom "What I Like About You." At 47, Jennie still has the spirit of a 20-year-old. She's spontaneous, adventurous, and always willing to try new things, just like a Sagittarius.

I'm Demisexual, And No That Doesn't Mean I Hate Sex