Your Xenophobia And Hatred Are Not Welcome Here President Trump

Your Xenophobia And Hatred Are Not Welcome Here President Trump

"Give me your tired, your poor, Your huddled masses yearning to breathe free,The wretched refuse of your teeming shore. Send these, the homeless, tempest-tossed to me, I lift my lamp beside the golden door!” 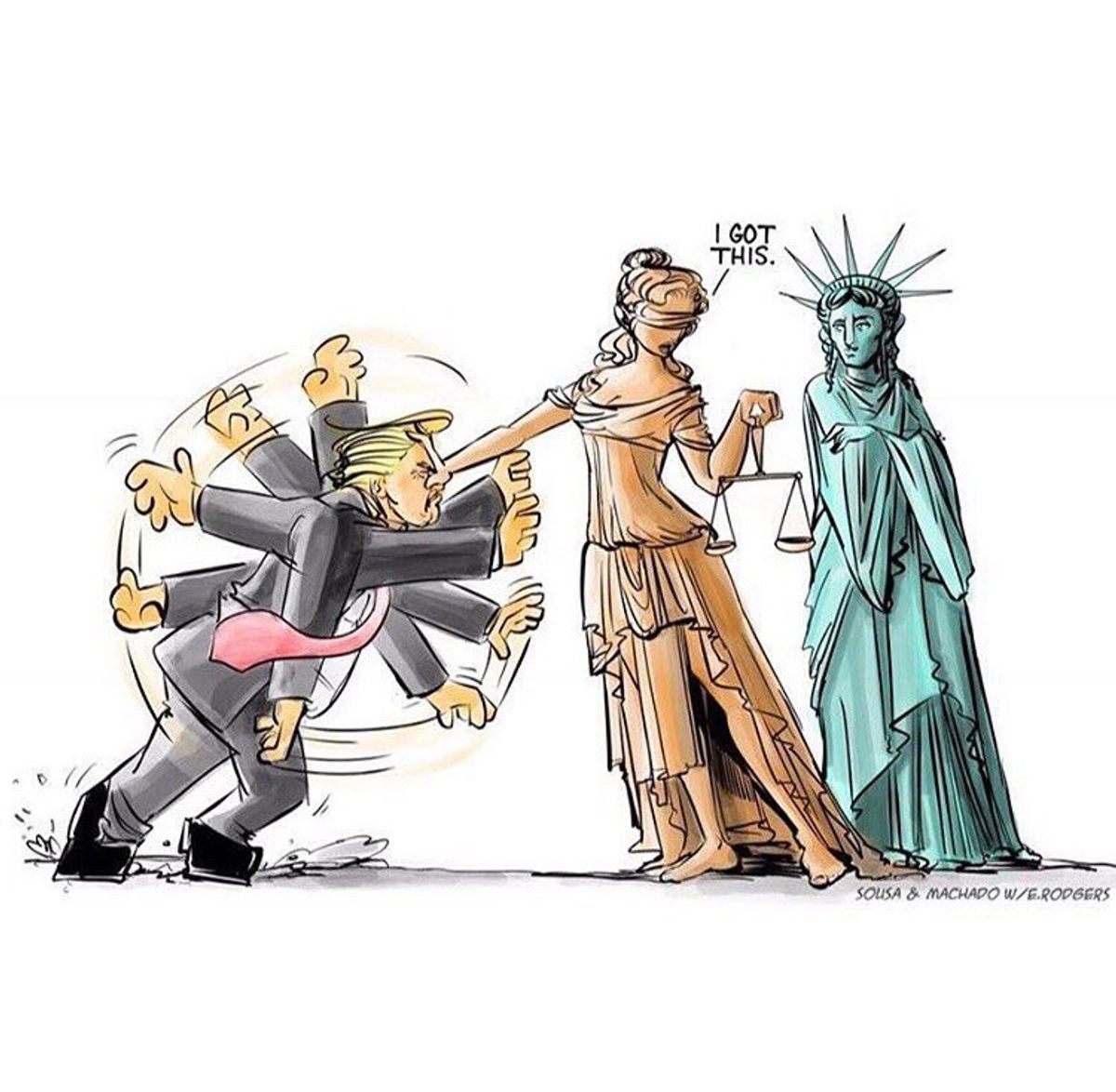 As an advocate for immigrant and refugee rights, I have been utterly appalled by the executive order put forth by the Trump administration. It not only infringes on basic human rights but is utterly offensive to the foundation that this country has been built upon.

Post election, I admit I was shell shocked. Perhaps I had been living in my hippie bubble too long, or maybe I had a little too much faith in humanity but I was devastated that hate seemed to trump all in this election. While I realize some who chose to vote for Trump did so reluctantly, it was heart breaking to see that the harmful and offensive rhetoric that he spews is what (some) of our nation chose to put into office. I am frustrated that those ideologies are what our nation now has in the top office of our country.

I have had the privilege of being white, not having to worry about my skin color determining my societal worth. The fact that that sentence holds any truth is atrocious, yet, unfortunately, a reality of our world. So when I saw that Trump won, I didn't have to worry about myself too much, or my loss of rights, except for ones pertaining to my ability to make decisions about my own body or the fact that the President of the United States openly treats women as objects and things that have pussies to grab.... However, what I had to worry about the most when I saw that he was elected was everyone else I care about. Those whose rights were fought so hard for and those who do not deserve to be treated the way they are in a white America.

Something that has always baffled me is this concept of white supremacy and xenophobia that I thought, I hoped, was locked away in our past. I don't understand how someone can look at a person different from themselves and see them a threat or as less than themselves. Since when has white been the best race? Since when has anything been better through homogeneity? Is diversification of thought and background not preferred? So why then are we so opposed to immigrants and refugees? People who have so much culture, and life, and ideas to share? America is not a nation built on homogeneity, we are a nation of diversity, we have been from the start. We are a nation built on the premise of immigrants and refugees, so why would we turn them away now?

President Trump's ban is offensive and unacceptable. He blocked individuals from countries where we have never had terrorists come from. In fact, the countries that would have been logical to put on his list if he truly wanted to "protect" this nation would have included countries that are very lucrative for Trump's business'. Additionally, the fact that this ban has been said to be a measure to better "vet" those coming into our country is absolutely ludicrous. The immigrants and refugees who have visas, green cards, and the host of documents necessary to enter this country had already been through extreme vetting processes. This offensive and xenophobic order was right to have been overturned not only by Judge Robart but also by the appellate court.

The statue of Liberty so boldly stands and proclaims the American mission to: "Give me your tired, your poor, Your huddled masses yearning to breathe free, The wretched refuse of your teeming shore. Send these, the homeless, tempest-tossed to me, I lift my lamp beside the golden door!”

Just because some of us won the lottery of life and were fortunate to be born white americans does not mean that we have the right to deny people access to this land. Not to mention the atrocious situations people are fleeing, we at least on a human level should demonstrate the decency and empathy that we would hope others would show us in a time of such dire need.

I want to be an immigration lawyer to defend human rights, to give these people the same opportunities of success I have been given just by being born in this nation. I hope that our country can band together and continue to defend human rights and justice by opposing the presidential executive order that has worked so hard to destroy these very things we should cherish. Let it be known President Trump, your xenophobia and hatred are not welcome here.