When it comes to the future of America, your vote does count

Your Vote Does Count For The Future Of America

This November, make your opinion known. 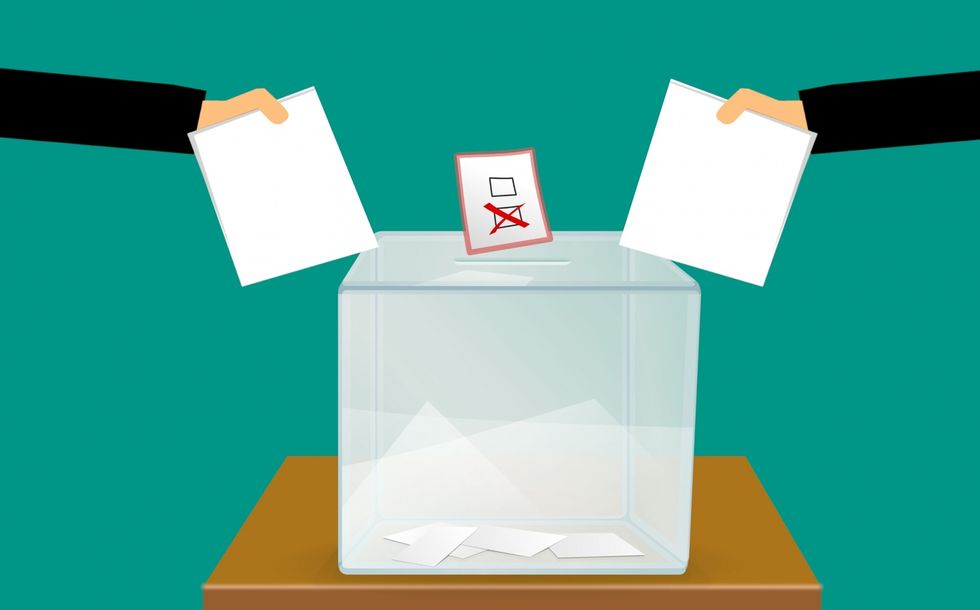 With the mid-term elections coming up rapidly, it's important to discuss the real importance behind using your vote. Even if the actions of Susan B. Anthony and our founding fathers before us don't sway you, history has proven that each and every person really can make a difference.

Throughout all of American history, the electoral vote has won out only five times including the election of President Trump.

The simple problem is, it is easy to think that with a population of approximately 325.7 million, individually, your opinion doesn't matter. What is never taken into account is what happens when a vast number of people share this thought. What happens when a large number of the population votes randomly without consideration?

In 2000, thinking that their vote didn't matter and that the system was corrupt regardless, Floridians used 97,488 votes for Ralph Nader, a Green Party candidate. 16,415 voted for the Libertarian candidate, 622 for the socialist candidate, and 562 for the socialist workers' candidate. In the end, 138,063 votes were used on candidates who were neither Democrats nor Republicans. These votes ultimately skewed the popular opinion and allowed the electoral vote to differ from the popular vote.

Al Gore won the popular vote over George W. Bush by only 537 votes. 537 people had the ability to change the direction of America.

In order to give America a brighter future, we must relinquish inaction and start making the choices that this country and its people need. No longer can we close our eyes and assume that the worst is too outlandish to ever occur. Voting is the only way that we can choose someone who can lead our country to true greatness.

During the 2016 election, 72,519,874 votes were tossed to Green, Independent, and Libertarian candidates. The truth of the matter is that while the country is in outrage over the actions of President Trump, 72,519,874 people effectively stepped aside to let him step up.

As Americans, we have the right to choose a president, someone to guide our country through the next four to eight years, and this should not be taken lightly. To change the course of our future, we must first take action within ourselves. Whatever your opinion is on issues such as international relations, immigration, abortion or gun-violence, allow it to be heard so changes can be made.

From Your Site Articles
vote
Report this Content
This article has not been reviewed by Odyssey HQ and solely reflects the ideas and opinions of the creator.

Dear Conservatives, 'American Dad' Is Not On Your Side