It's not safe for students to be in direct sunlight for a 5 hour long game, you can't blame us for wanting to leave 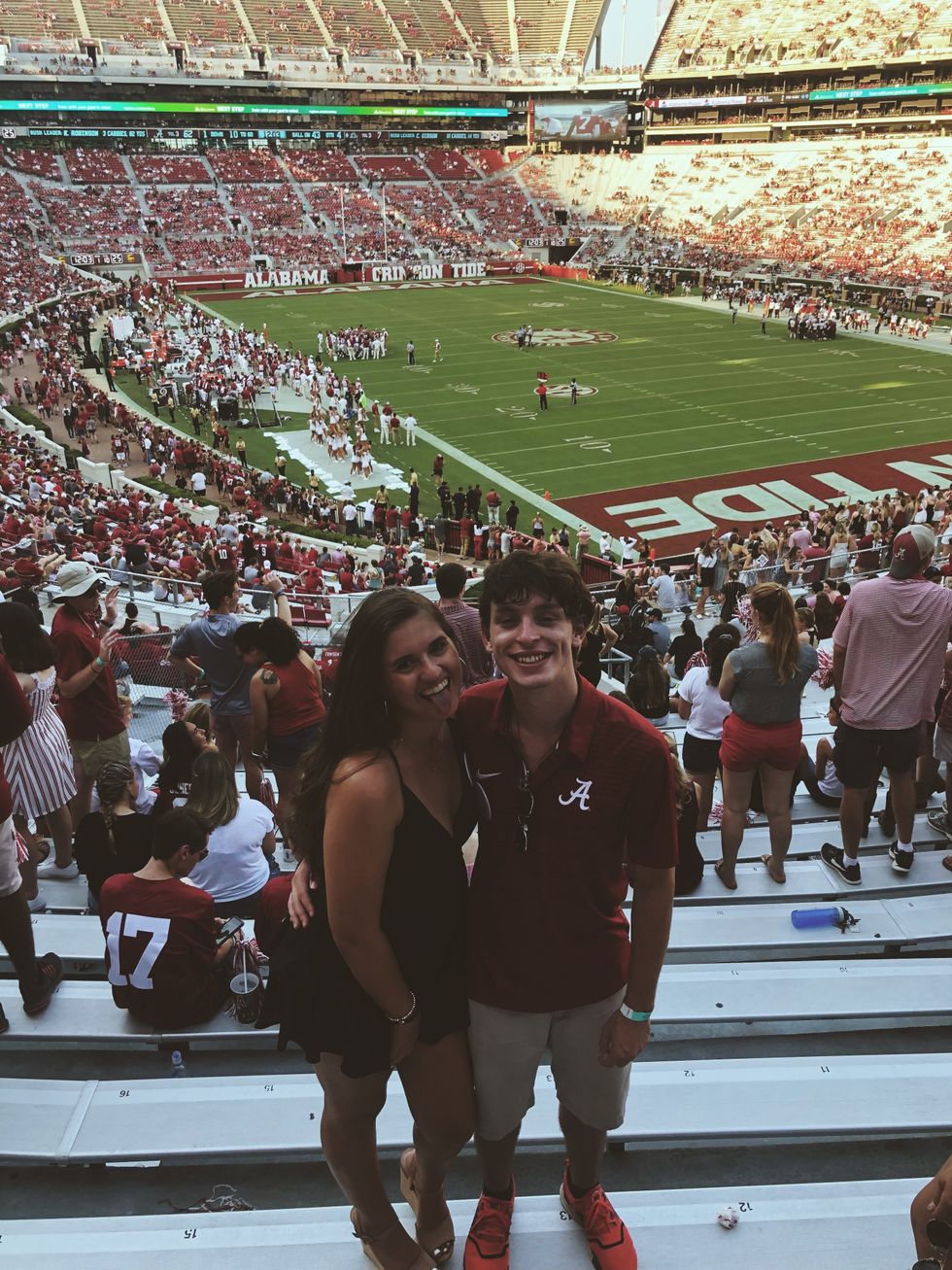 Dear The University of Alabama,

We all love supporting the tide. For most of us, it is our amazing football team that made us decide that we wanted to go to this school. In addition, football games are what get us through the unbearable fall semester. Cheering on the tide with our friends, going to tailgates on the quad, singing Dixieland Delight in the stands and dressing up in cute outfits are some of the best four memories we could ask for here at UA. However, recently it has been a huge debate on this new rule the school has implemented that all students need to stay for the whole game in order to get enough points in order to qualify for post season tickets and tickets for next year. How is it right that they can force us to stay somewhere? Especially in record-breaking heat indexes? When kids are passing out left and right? Or if we have somewhere to be after the game and need to study or let our dogs out? How can they implement a system to judge if we deserve tickets or not that they don't even know how to work? Our campus is in a riot over an app that is supposed to determine our college experience. It is not right.

We are college students. We are here to have fun and get a degree. Football games are fun to us, most of us don't take it as seriously as Nick Saban does, but it's the experience of being there and supporting our school. However, when it is 105 degrees outside, the water stations ran out of water and CBS is causing the game to take longer than it needs to there is no way we can stay for four quarters. So why are you forcing us to?

We are out from under our parents roofs, college is suppose to give us independent freedom to do whatever we want whenever we want not having our school tell us what to do. We want to support our team, but not when you are forcing us to at 11am in the unbearable sun. The freshman are all dressed up in nice dresses and jackets sitting at the very top of the stadium passing out because they had to walk up is huge spiral and sit directly in the sun. We are passing out, being dehydrated and getting sun brunt for what? The app crashes on us before the game even starts, we don't get the points for being there when we were. It's ridiculous. I have been to every single game this semester and my app hasn't worked once. I didn't even get points for the last two games and now you're going to say I don't deserve tickets next year?

I asked a few students how they felt about the new Tide Loyalty app and students getting yelled at for not staying and here's some of the responses I got.

Ericka Martin is a freshman and says, "If they're going to implement something they need to at least know how to work it. There's been too many mistakes with the app and it doesn't deserve to dictate whether or not students get post season tickets or not. It should also count for away games if we are going to make the effort to travel with the team."

Olivia Jacques who is a junior says, "If I don't get a full package next year I'll be really upset. I'll be a senior and I earned it."

Carleigh McDaniel is a sophomore and says, "I love our football team with my whole heart, but its not fun to stay at a game when they're all blowout games..ESPECIALLY in 102 degree weather."

These students and many more are standing up to the fact that the school can not make us stay for the whole game. No other school has a rule like this. No other school has as many early games as we do nor do they take as long because CBS wants to add more commercial breaks in, no other school runs out of water, and almost every other SEC school implements motivators to get their students to stay. Other SEC schools have alcohol at their games for students that are of age to purchase, other schools don't have as many early games nor do they have an app that doesn't work.

However, some students disagree and think everyone should stay for the whole game. Jordan Gurwitz is a sophomore in the million dollar marching band and says, "The marching band is here for all four so should the students."

The football team and the marching band and cheerleaders signed up for being there, we just want to cheer on our team as long as we can. If we start to feel sick or tired we should be allowed to go home.

Alabama, if you want us to stay for the whole game, don't threaten our tickets, give us good reasons to stay. Give us incentives not threats. Don't blame us for not wanting to be there when its a blowout, or when we are dying from the heat. Give us praise for going to home games and away games. If you want to make every student download an app, make sure it works. Give us wifi in the stadium that allows us to all access the app. We are a winning team and we want a good student section, but we don't want students passing out. Understand where we are coming from. Yes, the team is working hard for four quarters, but they are getting taken care of left and right, we are just people sitting out in 110 degree weather. We love the tide, but we don't love being forced to do things in order to get something that we earned.