Yes, I Believe In Miracles
Odyssey

Yes, I Believe In Miracles

My father was dying and there was nothing I could do but sit back and wait. 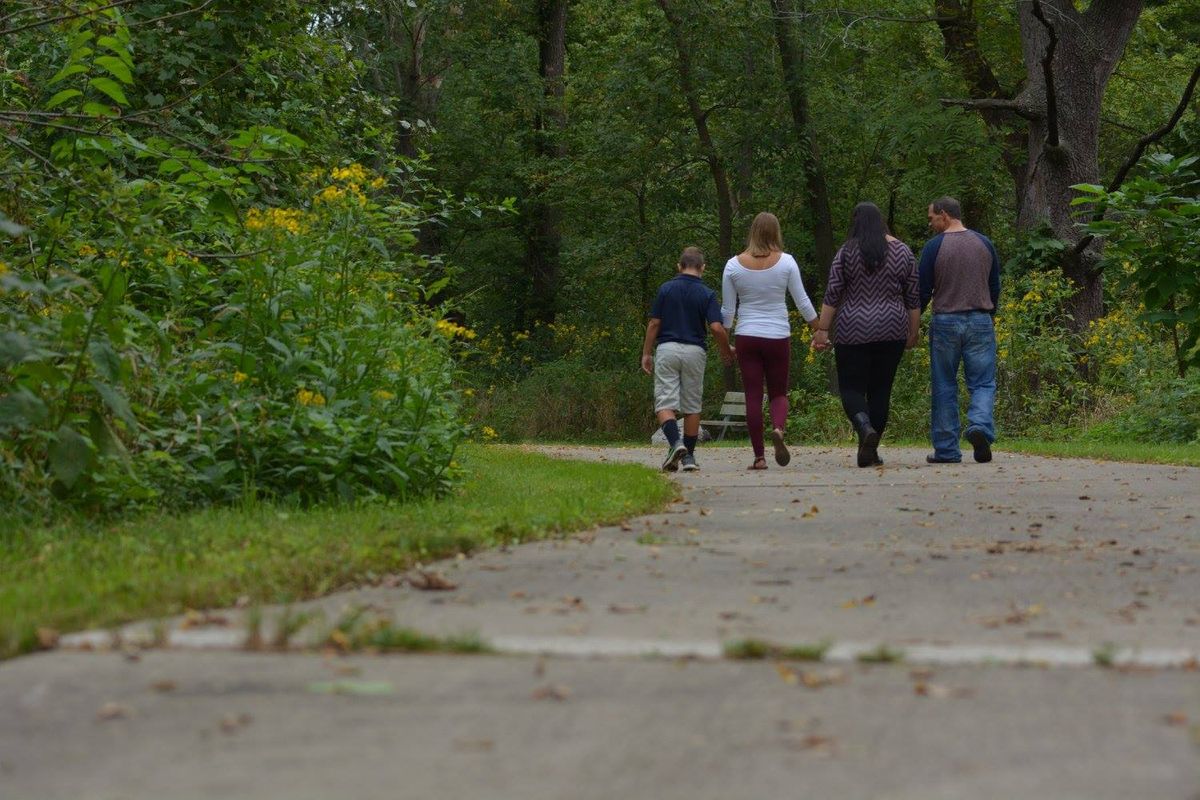 On December 25, 2017, I received one of the worst phone calls a kid could get. Instantly, Christmas was no longer a day of happiness, love, and giving. It was instead a day full of tears, frightening thoughts, and not an ounce of sleep.

On Christmas Eve, my father, my siblings, and I had celebrated together at my aunt and uncle's house in Waterloo, IA. We had a great evening — we ate homemade chicken noodle soup and played many games together. My siblings and I were staying overnight to leave early in the morning to head to another Christmas celebration.

My father drove home around 10:30 pm, and even though he doesn't remember it now, he had a great conversation with me over the phone shortly after leaving his sister's house. The last words we exchanged were, "I love you."

At 2:36 am, my siblings and I received a call saying, "Your dad has had a massive heart attack, and was life-flighted to Mercy Hospital in Des Moines."

Of course, instantly our lives changed. We drove the gruesome two-hour drive in silence, as it was very unclear whether our father was going to survive. Not many details were known at the time — just that it was really, really bad.

Around 4:30 am, we arrived at Mercy Hospital to find my father in the CCU (Cardiac Care Unit). To see my father wrapped in cords with multiple tubes coming out from all over was the most horrifying image to see.

I had one too many emotions, and as a person who hates crying in front of groups of people, I found myself wandering down the hallway. I stood there, staring at this poster, which I can't even write in detail about, because I have no memory of what was on it.

I stared for several minutes before breaking down. There was nothing anyone could have done or said that would have taken this feeling away from me. My father was dying and there was nothing I could do but sit back and wait.

I wandered the hospital while the rest of my family sat in the waiting room, surrounding each other with love and hope. While wandering, I came across a big picture window where I spent many days thereafter, looking out and watching life continue outside, while life felt stuck and scary inside.

When I came across this big picture window for the first time that very first morning at Mercy, roughly two hours after seeing my father lay unresponsive, I saw the beautiful sunrise you see below.

My breath was taken away at this beautiful sunrise, and for the first time since before falling asleep on Christmas Eve, I felt hopeful.

I then sat there for several hours, calling each one of my friends individually and listening to their kind words as more tears fell down my already tear-stained face.

I watched as families passed by me and I sat wondering if they were feeling the same way I was: broken, scared, unfamiliar with such tragedy. My family has lost relatives over the years — times in which I was sad and struggling — but those losses would be nothing compared to losing a father.

I've never been extremely close with my father; I'm definitely a momma's girl. The life my father lives is different than I want him to live it. He is a smoker and his other interests are very different than mine, causing us to not always have much in common. My whole life, I've been slightly more separated from him than my siblings, which has become more noticeable as I've grown older.

Knowing all of this, the regret and fear that came with the first day was unbearable. My father knows I love him, as I know he loves me. We just have different ways of communicating it. At the time, I was convinced my father was going to die without knowing.

I spent almost every minute by my dad's side, and when I wasn't near him, I felt sad, sick, and as if I was letting him down. I read to my father multiple times when he was in his coma, as it is commonly heard that letting a patient hear a loved one's voice brings them closer to consciousness.

My father had his heart attack shortly after 12:30 am on Christmas Day; 911 was alerted and help arrived within two minutes. They began chest compressions and continued to do so for 55 minutes. My father was gone for 55 minutes, with not much hope of coming back. He was shocked 11 times total —once by police, nine times by EMTs, and twice by the ER.

On the last shock, it was said that one more shock was going to be given, and if no pulse was detected, time of death would be called.

And on that last shock, he was revived. He was then life-flighted to Mercy Hospital and taken to the Cath lab, where they put a stent in to fix the 100% blockage in the main artery, or what is called the "WidowMaker." One in ten survive and return home living life as they had prior to the attack.

During the next few hours of the first day, many emotions emerged. My father responded to commands such as squeezing the nurses' hands and moving his toes, something they've never seen before when an attack this bad has occurred.

Of course, our family was overjoyed! But sadly, the possibility for my father to have neurological issues remained. And as awful as you can imagine, my sister and I were of age to be the 'next of kin', meaning we would be the two to decide what to do if my father was brain-dead. It was absolutely terrifying.

My family did not leave the hospital until close to 2 am the first day and arrived back at the hospital around 8:45 am the following day. This continued for over a week.

Each day we received better news — exciting, hopeful news. By Tuesday, they had completely shut off his cooling machine and many of my father's friends had come to visit and share their positive thoughts.

Over the course of the week I, as well as my family members, received many messages containing funny stories of him as a kid, kind words, and several simply asking to visit.

By Wednesday, we were waiting for the nurses to approve him for the removal of the breathing tubes. However, sadly, my father became too agitated and fought the nurses too hard for them to take it out. They decided to give him one more day of a medically-induced coma — making it his fourth day in a row — and try again on Thursday.

On Thursday, the nurses approved him and the tube came out. Finally, after almost five days of seeing my father hooked up to tubes and in a coma, it was more than amazing to see my father wake up and communicate with his family. I never imagined myself saying this of my enthusiastic, broadcasting father, but... I seriously missed that booming voice.

Six days later, he was released from Mercy Hospital with no further diagnosis. His brain was perfectly fine, despite what he was put through. My family, the doctors, the nurses, and all of his friends are calling his journey a "Christmas Miracle."

I've never been one to fully believe in miracles, as I've seen horrible and tragic events happen to so many kind and caring families. Sometimes life is completely unfair to those we love. But there's no way I could say that I don't believe now. I watched as my dying father beat the odds and come back for a second go at life. So, yes, I believe in miracles...because my father is one.

Give this second shot at life your all. Speak kinder. Love deeper. Keep the faith. Believe in God. Cheer as loud as you want. Hold loved ones tighter. Do everything as if it is your last time doing so because it almost was. The three of us kids love you so very much and I trust that you'll do what you need to give this second chance everything you have. We'll be there every step of the way.