Yes, I Am 18 And I Like My Little Pony
Odyssey

And there is nothing wrong with that! 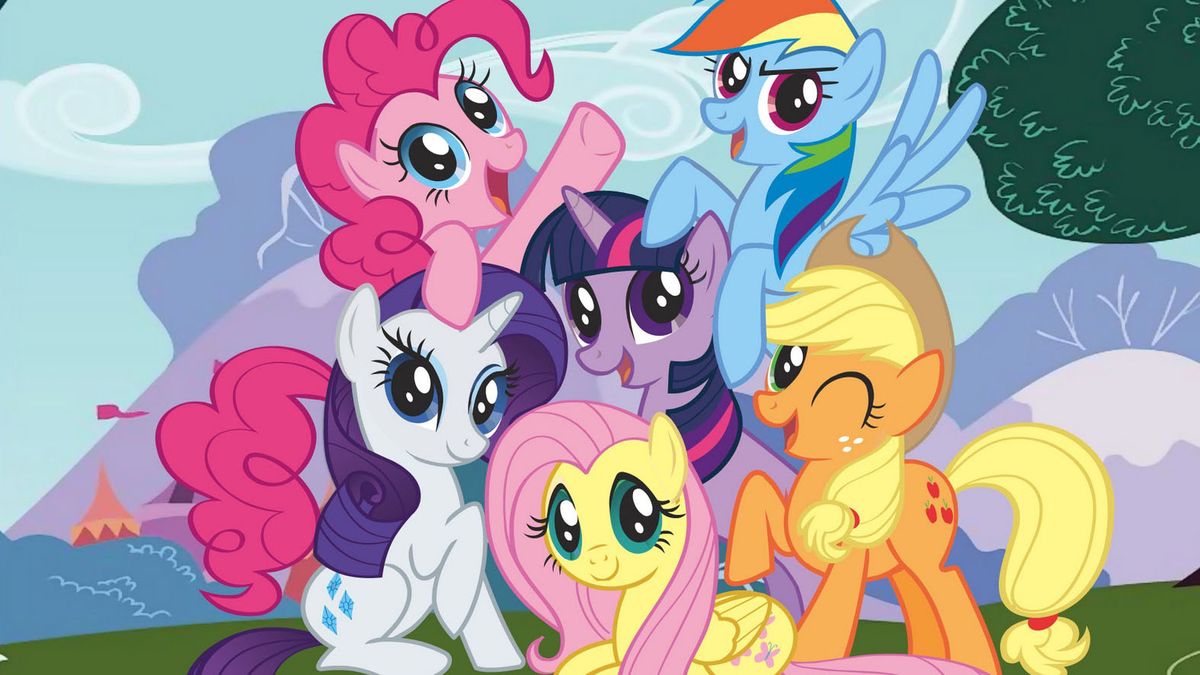 Yes, you read that headline correctly. I am an 18 year old college student as an education major that still loves My Little Pony, mainly generation 4, My Little Pony: Friendship is Magic. This is not an uncommon thing nowadays though. There is a whole brony/pegasister community that exists, and is very prominent in the world in the current day. I personally am apart of that community, and I have loved every second of it since 2012.

I started watching the show with my sister when Season 2 was airing in late 2011 and early 2012,I found myself going on Netflix (where the whole series is still currently streaming) by myself to watch the colorful ponies go through their adventures, and struggles. You read that right, they have struggles and conflicts they face. These conflicts are not your “normal” pony bad hair days and what outfits they should wear.

The characters in Friendship is Magic go through real life struggles, struggles and problems that we all today can relate to including, but not limited to: learning to deal with bullies, appropriate times to show off, how individuals with differences can get along really well, how to be there for your friends, how to allow your friends to be there for you, and even embracing your true self as you are. These problems do not always just relate to friendship, they deal with so many other concepts. Most of those lessons are in the first season, as you get deeper into the show, there are so many more lessons that develop deeper into the real world like respecting privacy of others, and how everyone has to face their fears in their own way since they are not going to go away. All of this is done while staying within the world of cartoon horses.

This show has kept me going in times of doubt, not just by making me happy, but also showing me things I have never truly thought of before. Some of those things I never had thought could happen in the ways shown in the show. There are times where people want everything in chaos, and others where people want everything the same. This show presents the idea that in order for things to work within the world, and within friendship especially, the world has to be different the diverse. All different types of individuals come together with their different qualities to make the great friendships, but even those friendships have their faults.

Those many different faults make all of these characters, especially the main 6 ponies (pictured above), feel so real and relatable. I relate to the ways that Twilight Sparkle freaks out over the smallest things that in the end did not matter the most. When Pinkie Pie is put down for being too happy and positive, I feel with her so much! Rarity tries so hard to please everyone and give to everyone, but I have been through that and know that it is not always possible. Applejack is so close with the family that she has on her apple farm and I feel the same way with my family, just without the farm. I relate to Fluttershy when she gets scared to go out and express her singing to the world, even though she is really good at it! Lastly, I relate to Rainbow Dash when she thinks she can accomplish something and then she puts so much confidence into it that it ultimately turns out not the way that it was expected.

With the main 6 ponies, they all have things that can be related to by different types of people. Not everyone will relate with everything, but that just shows the diversity of people and the diversity of this show.

People did not think they could be so deep with something that was always considered “only for little girls”.

From the vision of Lauren Faust herself, she made a beautiful world that is still evolving to this day. With all of the staff that work on the show from Daniel Ingram who composes all of the beautiful music and songs to the writers like Meghan McCarthy, M.A. Larsen, and Josh Haber who bring these stories to life to all of the animation staff who all make the beautiful visuals express the feelings of the characters, this whole show comes together with all of the hard work placed into it every single episode.

This show has evolved, grown, and expanded so much to the point that in October 2017, the series got a big screen movie release. No ordinary “show for little girls” does that. It has to have something special, something that connects with people. That is not just a handful of people either. Millions have connected to this show and through the show have connected to each other through the internet or through the massive conventions held every year that I hope to finally go to someday. It is all just a beautiful thing that I am happy I get to be apart of and witness evolve because of this show.

Meanwhile, after all of this bronies and pegasisters alike, still get hate in real life and on the web. I just don’t understand it all! Even if I was not a fan of this show, I would still respect these people who love it because they are expressing themselves. Personally, I think that all forms of media should be for whoever they want to watch them, except for the adult shows for tiny children. I also think that people should love what they want to love because you only live once, so why waste your time being miserable? Stand out and express what you love, just like I did while finally fully saying that “Yes, I am 18 and like My Little Pony.”