What Is Wrong With Trump's Energy Plans
Odyssey

What Is Wrong With Trump's Energy Plans

I hope Trump can do what he proposes in a way that takes into consideration the affections on the environment. 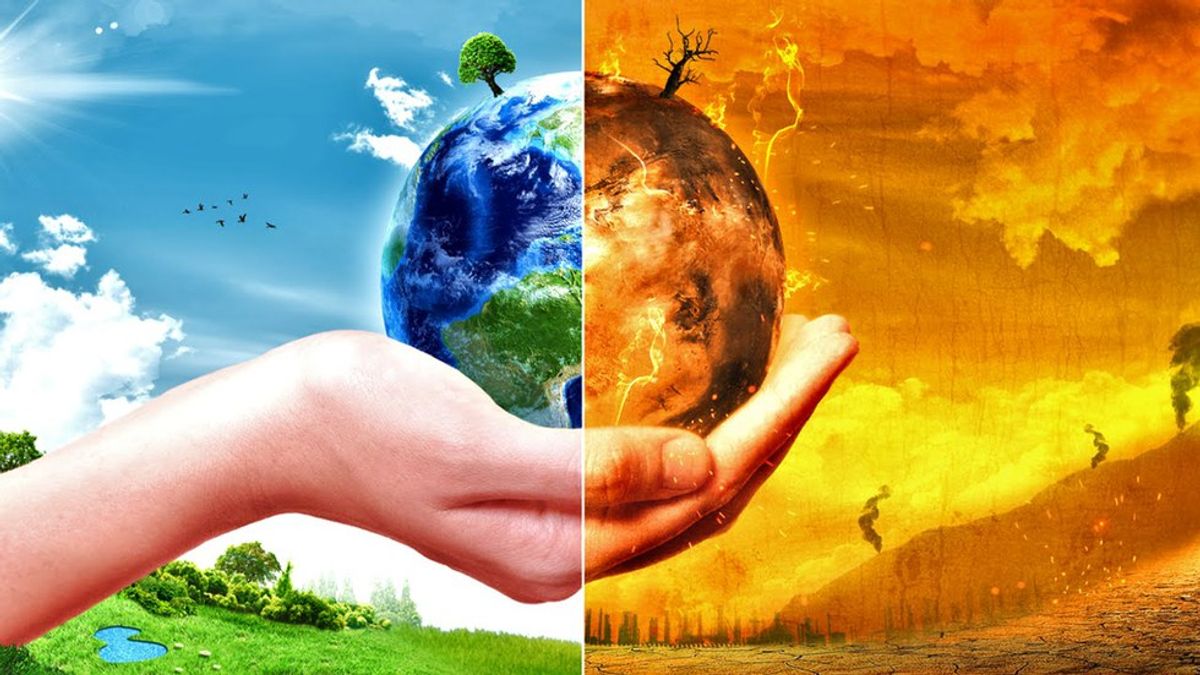 Unless you live under a rock, you know that last Tuesday Donald Trump was elected president of the United States of America.

If you're a Republican, you can celebrate your victory. And if you're a Democrat... well, it's about time to start embracing yourself for the changes your fellow American have deemed fit.

I am not one to follow in the steps of my fellow Democrats when it comes to voicing my opinion, because 1. I'd rather avoid conflict and 2. that's energy spent in the wrong places.

However, I want to take the chance I have been bestowed as an Odyssey content creator to educate those on Donald Trump's Energy plans and bring to your attention why some of those policies are not the best for the environment and our future. (And to make things less opinionated on my hand, I'm going to call on quotes from accredited sources on the issues involved in each of Trump's proposed energy solutions).

1. Trump Says Make America energy independent, create millions of new jobs, and protect clear air and clear water. We will conserve our natural habitats, reserves, and resources. We will unleash an energy revolution that will bring vast new wealth to our country.

3. Trump Says Encourage the use of natural gas and other American energy resources that will reduce emissions but also reduce the price of energy and increase our economic output.

4. Trump Says Rescind all job-destroying Obama executive actions. Mr. Trump will reduce and eliminate all barriers to responsible energy production, creating at least a half millions jobs a year, $30 billion in higher wages, and cheaper energy.

However, Intense drilling for the natural gas that is located under a majority of U.S. land, would take place in areas including northeastern Utah, upstate New York, and central Wyoming-- surges in such areas have already experienced air and water problems. Hydraulic fracturing, or fracking, which uses highly pressurized water, sand, and chemical lubricants that help force more oil and gas from rock formations, is a threat to water supplies and habitats of rare and endangered species.

As of right now, with the technologies we have on hand-- there is no friendly way to "frack."

Such facts directly opposes Trump's plan to "conserve our natural habitats" while also becoming "energy independent" by tapping into our nation's "untapped shale, oil, and natural gas reserves." Jay Hakes, a senior official at the Energy Department clarifies that greater energy independence is “a prize that has long been eyed by oil insiders and policy strategists that can bring many economic and national security benefits, but we will have to work through the environmental issues, which are a definite challenge."

I certainly don't have any solutions of my own, but that is why I am being educated at Rutgers University and why I hope to one day be able to instill some sort of change. I hope Trump is able to encourage the use of natural gas and other American energy resources that will reduce emissions but also reduce the price of energy and increase our economic output in a way that will conserve our natural habitats, reserves, and resources.

I wrote this article because I hope you are now further educated on the Trump's proposals involving energy and what may be wrong with them. For more information on these issues, try watching Netflix's array of fracking documentaries and media outlets such as Huffington Post and the NY Time's arguements involving a nation being energy independent.