Why 'A Different World' Should Be Brought Back

Why 'A Different World' Should Be Brought Back

With different characters of course 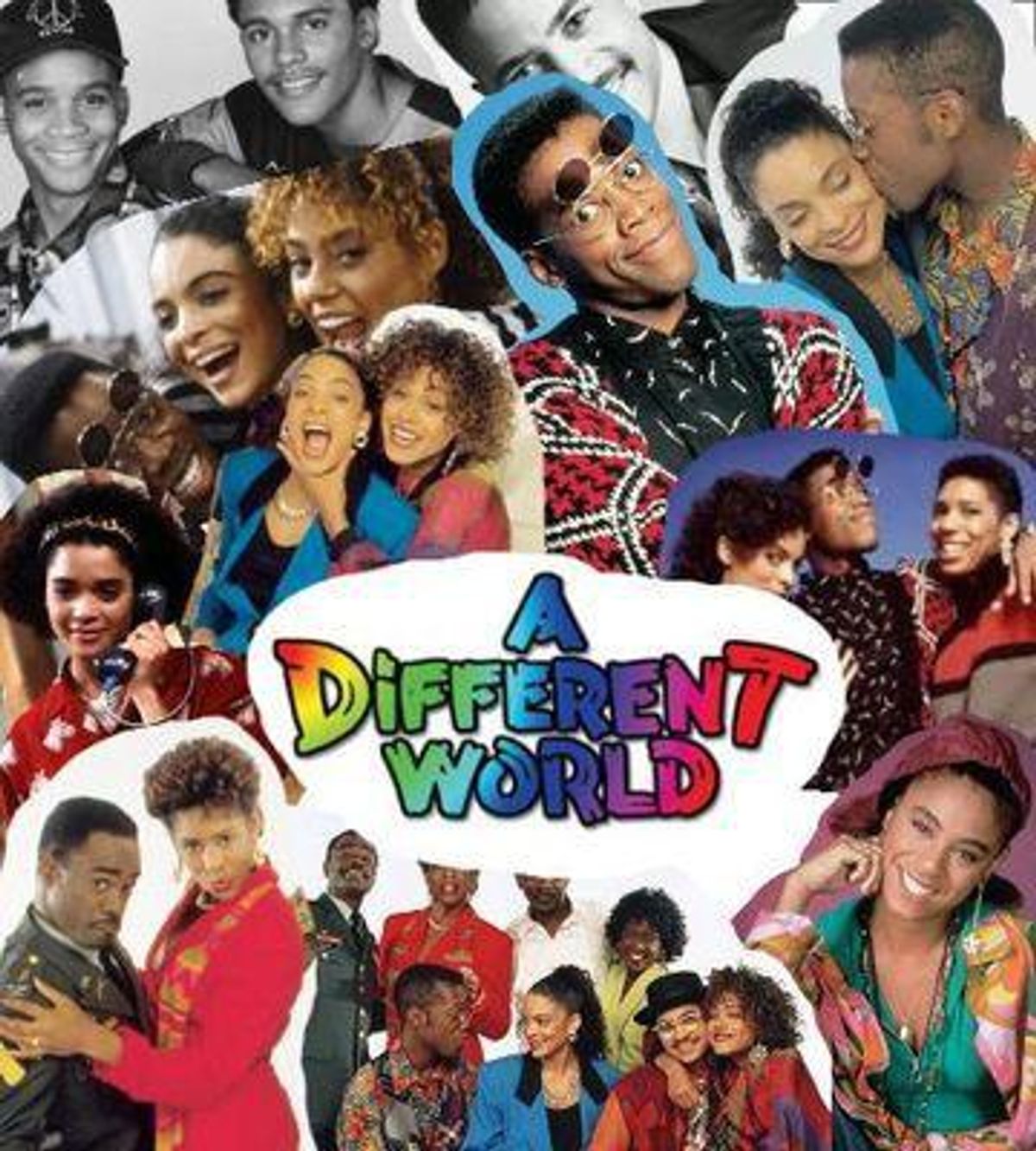 Created in September of 1987, "A Different World," the spin off of "The Cosby Show," premiered on NBC. The concept was simple and followed the lives of Denise Huxtable, who played the daughter of Cliff and Clair Huxtable on the Cosby Show, and her friends at Hillman College, a fictional Historically Black College in Virginia. The show became a hit in it's second season when Debbie Allen came on as a director, and the focus centered around the lives of Dwayne Wayne and Whitley Gilbert. Dwayne Wayne, played by Kadeem Hardison, was a mathmatics major at Hillman who is best known for wearing flip up eyeglasses. Whitley Gilbert was a Art History major, who is best known for her pretentious and prim behavior. The series ended in 1993, and played in reruns in the years following. In March of 2015 however, "A Different World," was placed on Netflix, a popular movie and television streaming service. I, along with some friends of mine binged watched the entire series. However we weren't the only ones. Soon, it seemed as though my entire age group began re-watching the series, and reclaiming it.

In talks with my father, an HBCU and Morehouse alum who was in college during the filming of the show, he often expressed how much "A Different World" used to relate to his college experience. Now that I'm in college myself, I appreciate and recognize how much the show relates to my life. From discussing the harsh terminology that is used to describe women, season six episode four "Somebody say Ho!" to outgrowing old friends, season six episode 23 "Homie, Don't Ya Know Me." I see and share experiences with the students of Hillman College. My roommate is like Kimberely Reese. Girls down the hall from me act just like Freddie Brooks, Gina Deveaux, and Charmaine Brown. I come across people like Dwayne Wayne, Lena James, Whitley Gilbert, and Terrell Walker everyday. Even stepping outside of the HBCU path, A Different World inspired many Black men and women to attend college. It showed the African Americans that although the public may say the odds aren't in your favor, you could defy them.

Not only did A Different World show Black faces on television getting an education, which is an image that networks try and swallow out, but it addressed important topics as well. Season two, episode 20 "No Means No." addressed sexual assault. It explored the misconceptions of date rape and the entitlement mindset that is a driving force behind it. Season four, episode 23 "If I Should Die Before I Wake" guest stars Tisha Campbell and Whoopi Golberg. Campbell played a young women by the name of Josie, a student at Hillman that was AIDS positive. Golberg played a speech professor, who's powerful line "You are a voice in this world." was repeated throughout the episode. This episode explored AIDS, a deadly immune deficiency disorder, the misconceptions and stereotypes surrounding it, and how our youth is important. Season five episode 22 "Love Taps" discussed domestic violence. The episode shed light on the mindset of the abused as well as how important it is to realize that the signs are not always as obvious. However, it was the two part episode in season 6 "Honeymoon in L.A." that was the most controversial. The episode followed Dwayne Wayne and Whitley Gilbert on their honeymoon. What the couple thought would be a peaceful vacation , turned into a hectic one when the couple got caught up in the Rodney King riots. These riots lasted for six days occurred after a jury acquitted the police officers who arrested and beat Rodney King, a black man. The beating was caught on camera. It was this very episode that the cast said got the show cancelled by the network, as season six was the last season.

Representation on television is such an important thing. "A Different World" showed HBCU students working hard to excel in a world that did nothing but count them out, while facing very human and sometimes difficult obstacles. The beauty of seeing people who look just like me on television, trying to do the best they can in college, is something I will never take for granted. It also brought to light the real issues that happen in college. From domestic violence, to sexual assault, to even seeing police brutality, the show was as real as anything ever gets. A Different World didn't sugarcoat for the sake of being safe. It was a show that went outside of the simplicity of a sitcom. It pushed boundaries and wasn't afraid to bring up controversial topics. I am all for the revamping of the sitcom, a new generation. It is important that the stories and lives of HBCU students continue to be shown on a public platform and that there is a continuous spotlight on our institutions. I wholeheartedly believe that "A Different World" should be brought back. Maybe even this time, the topic of sexuality will come into play, as it is a common factor and discussion in the lives of young American's now. Somebody hit up Debbie Allen.