Woodrow Wilson Is The Worst President You Don't Remember

Woodrow Wilson Is The Worst President You Don't Remember

I don't blame you, APUSH was not a vibe 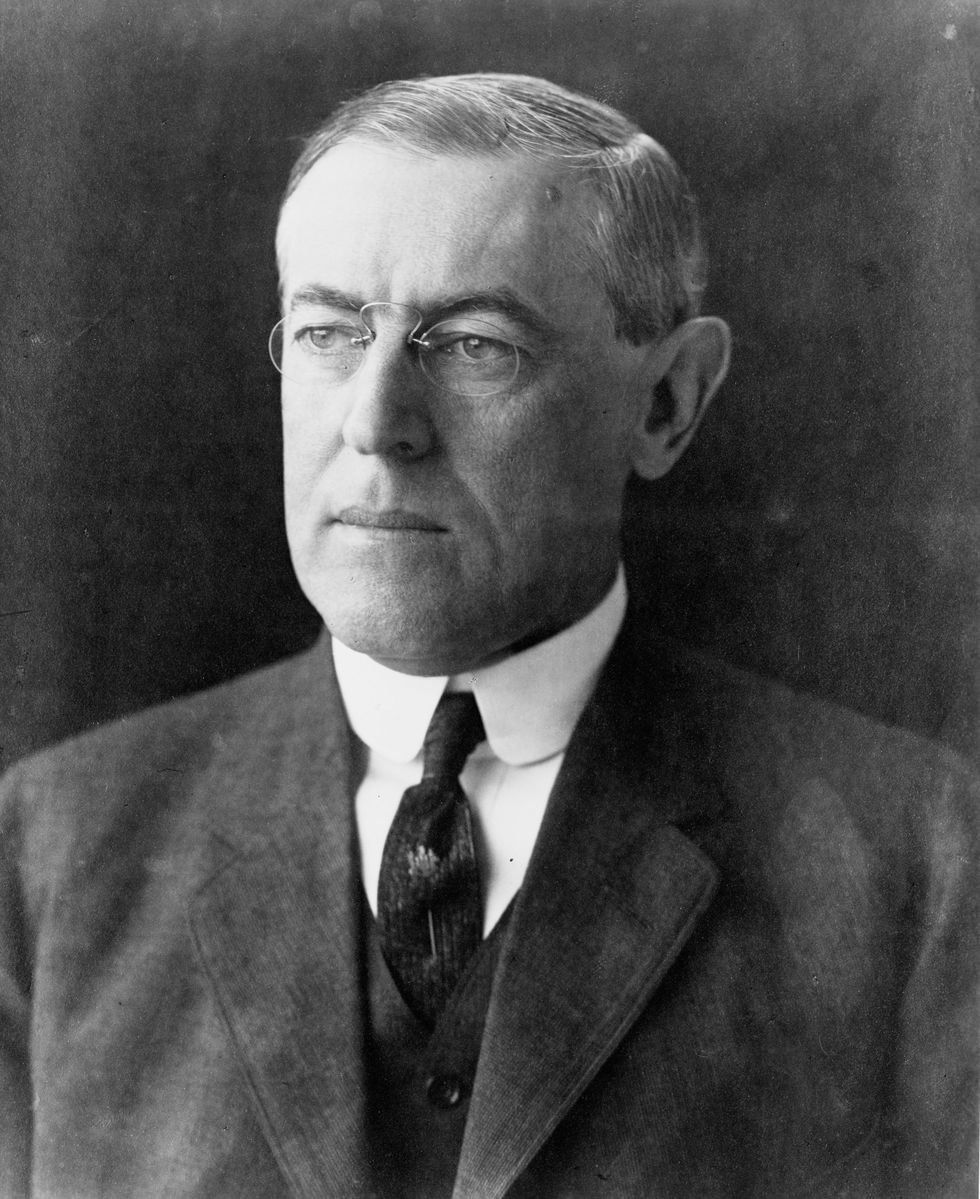 Now, you may be asking yourself who exactly Woodrow Wilson was, which is a fair question. He was President from 1912-1920, which is part of the USA's weird teenage phase where there are just too many different competing groups and laws and economic shenanigans that not even a history nerd like myself wants to make sense of. However, Wilson sticks out as a resoundingly terrible leader during this time period and I'm here to tell you why you should still care about everything he did today.

Let's start off with the biggest underpinning of all Wilson's terrible policies: he was a huge racist. Worse than just merely being a bad person, he was also a historian and used his influence in academic circles to fuel ideas and agendas that suppressed the history of American racism. For instance, you may remember the idea of the Lost Cause, a historical argument concerning the American Civil War that the goals of the Confederacy were inherently good and just; it is from Lost Cause that some people in the contemporary era believe the Civil War was fought over states' rights rather than slavery. And guess what? Wilson was a Southerner who literally wrote the book on Lost Cause ideology.

If you thought I was done with Wilson's racism, you were unfortunately incorrect, because it somehow gets worse! Before Wilson came into office, the federal government was racially integrated, but he introduced the policy of racial segregation within the federal government. Additionally, Wilson basically resurrected the KKK as an organization. After it had been disbanded in the 1870s when the US military actively took aim at removing the terrorist group, Wilson endorsed the group by showing the propaganda film "The Birth of a Nation" at the White House, leading to a massive revival in white supremacist activity across the country. In case it needs to be said again at this point, Woodrow Wilson was a massive racist and is responsible for setting back racial equality and acceptance in the United States by decades.

Basically sums it up

Wilson's foreign policy wasn't much better. Fueled by his strong Christian faith and his racist attitudes, Wilson took up a stance of so-called "Moral Diplomacy", which involved the belief that the USA was the pinnacle of democracy and peace and thus should only act to spread such principles around the world (but only in areas not controlled by Europeans; Wilson believed white people were already 'sophisticated' enough and only members of other races needed to be 'enlightened').

While in theory, this sounds great, because everyone loves democracy and peace, in practice it turned into high-minded snobbishness at best and a cruel form of imperialism at worst. As one example, let's look at the Mexican Revolution of 1910. For about a decade, Mexico fell into a deadly civil war. In 1913, when General Huerta took power and possibly could have stabilized the country, Wilson chose to further destabilize the nation since Huerta was not an elected leader. He used the threat of force to play a role in the collapse of the Huerta regime and begin a renewed civil war.

While the Mexican Revolution is a long and complex topic that deserves more discussion (Huerta definitely wasn't the greatest leader either), the truth is that Wilson chose to add stress to a possibly stabilizing force and begin another conflict in Mexico that would kill thousands and devastate Mexico even further.

This is essentially what Wilson said to Huerta's government

The icing on the cake is that Wilson could have prevented the most horrific portions of the Great War as well as the rise of fascism in Europe, but chose to simply not do that since Wilson apparently chooses to do the worst possible option every single time he has a choice.

Here's the reasoning: by 1916, the Central Powers (Germany, Austria-Hungary, and the Ottoman Empire) were already starting to feel a lot of pressure from the continued pressure from the Entente (Britain, France, Russia, and Italy), and it is very possible that with extra support from the United States on the Western Front the German lines would have broken and Germany decisively defeated militarily. With Germany defeated militarily, as opposed to the constant economic strain that brought them down in our timeline, there could be no 'stab in the back' idea that blamed Germany's defeat on minorities and prior political elites; in other words, the backbone of Nazi ideology disappears.

However, Wilson didn't like the idea of fighting other Europeans and thought the USA was above it as well, so he did everything he could to prevent American entry into the war. By the time he did get involved, the Central Powers were mostly defeated, so the USA was not seen as an equal player in the peace talks ending the war.

Instead of Wilson being able to spread democracy or US influence, the British and French were left to carve up their defeated opponents, laying the groundwork for World War II and plenty of other contemporary problems. In short, Wilson was a huge racist who chose to take a holier-than-thou attitude to international diplomacy that only spread misery abroad and which also permitted the outbreak of another global conflict less than two decades later.

We didn't even have time to unpack this! Google it!

One last thing: I know some people are going to bring up the fact that Wilson finally passed the 19th Amendment, granting women the right to vote nationwide. This is super great, but Wilson did not even remotely support women's suffrage, thinking it was ridiculous to teach women and that they were inherently less than men.

Needless to say, he didn't want to give women the right to vote but rather felt like he needed to for his party to gain votes in the election of 1920; it was pure political maneuvering, not because he was a good dude.

Madison Franz
The Narrative
1119818
Photo by Brooke Cagle on Unsplash

Madison Franz
The Narrative
655391
Photo by Manny Moreno on Unsplash