Troubled Leadership Is NOT Helping the Women's March's Fight for Change 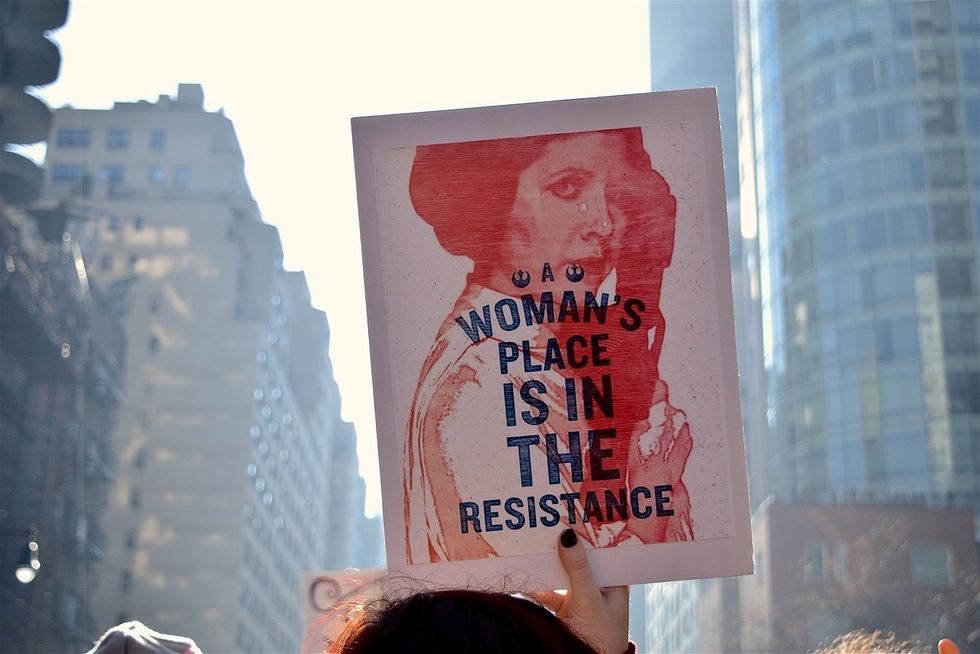 We're coming up on the third annual Women's March in January. I still remember when the first one occurred: seeing it on the news, watching friends share pictures and posts about attending and how impactful it was, seeing the stories of millions of women WORLDWIDE turning out to march with the women of America. It was absolutely amazing

As I said, we're on the third annual march. And to date, these marches have had zero political impact.

Don't get me wrong. I think the Women's March is an amazing idea that's been absolutely revolutionary. It's been one of the biggest displays of women standing up for themselves and saying "no more" possibly since suffrage. The fact that millions of women not just in the United States, but in numerous countries worldwide marched to make a point and take a major stand against the various issues facing women (and yeah, against Trump and his sexist existence), is amazing, inspiring, and eye-opening.

But take a look at what's happened since the first march in the political world: absolutely nothing.

Nothing has changed politically because of the marches. No new rules protecting women. Planned Parenthood is still at risk. There's still a possibility that health insurance coverage for birth control could be rolled back.

The justice system isn't fairly prosecuting rapists and sexual assaulters, still blaming women as much as they can for what happened. If anything, it's gotten worse, even with the #MeToo movement. Harassment still is rampant, and nowhere near enough is being done about it on any level of politics.

And one of the worst parts: the leaders of the march have been exposed as problematic.

One of the chief supporters of the Women's March, Nation of Islam leader Louis Farrakhan has been outed as an openly hostile anti-Semite. And what have the march leaders done to distance themselves from him? Absolutely nothing. Because co-chairs Linda Sarsour and Tamika Mallory, both women of color and Muslims, are both closely connected to him, and they're the key people who should be cutting off connections to someone like Farrakhan...and aren't. Ironic, considering the Islamic faith faces its more than fair share of hate and prejudice, just like Judaism. And yet, these women who should understand the struggle are staying quiet regarding Farrakhan. This makes the Women's March feel like a less-than-safe place for Jewish women, as the very leaders who spout inclusivity and togetherness won't renounce the support of a man who is for hate.

Sarsour released a statement in November claiming that they should have been "faster and clearer in helping people understand our values and our commitment to fighting anti-semitism...Every member of our movement matters to us — including our incredible Jewish and LGBTQ members. We are deeply sorry for the harm we have caused, but we see you, we love you, and we are fighting with you." That's great and all, but considering the Farrakhan situation has dated back to MARCH? Too little, too late.

Even Teresa Shook, the woman who launched the Women's March, wrote a Facebook post calling for the removal of certain leaders, as they allowed anti-Semitism, homophobia, and "hateful, racist rhetoric" to "become a part of the platform."

Because of the problematic leadership, the entire march and its purpose are undermined. People can turn and say, "How can you protest hate and bias when the leaders of your big march act in the same ways?"

I wish the race had more impact. I really do. I wish it wasn't quickly becoming a way for women (and men! Shout-out to the allies) to come together and just walk around D.C. with clever signs. But unfortunately, that's what it's turning into.

Until our political leadership wakes the hell up and opens their eyes to reality, to everything these marches are working so hard to fight for and fight against, these marches are doing nothing. And it will take more than one march a year to make an impact.

I wish, god I really do wish, that marches as massive as these had more of an impact than they currently do.

women's march
Report this Content
This article has not been reviewed by Odyssey HQ and solely reflects the ideas and opinions of the creator.