What we can do to bring each other up 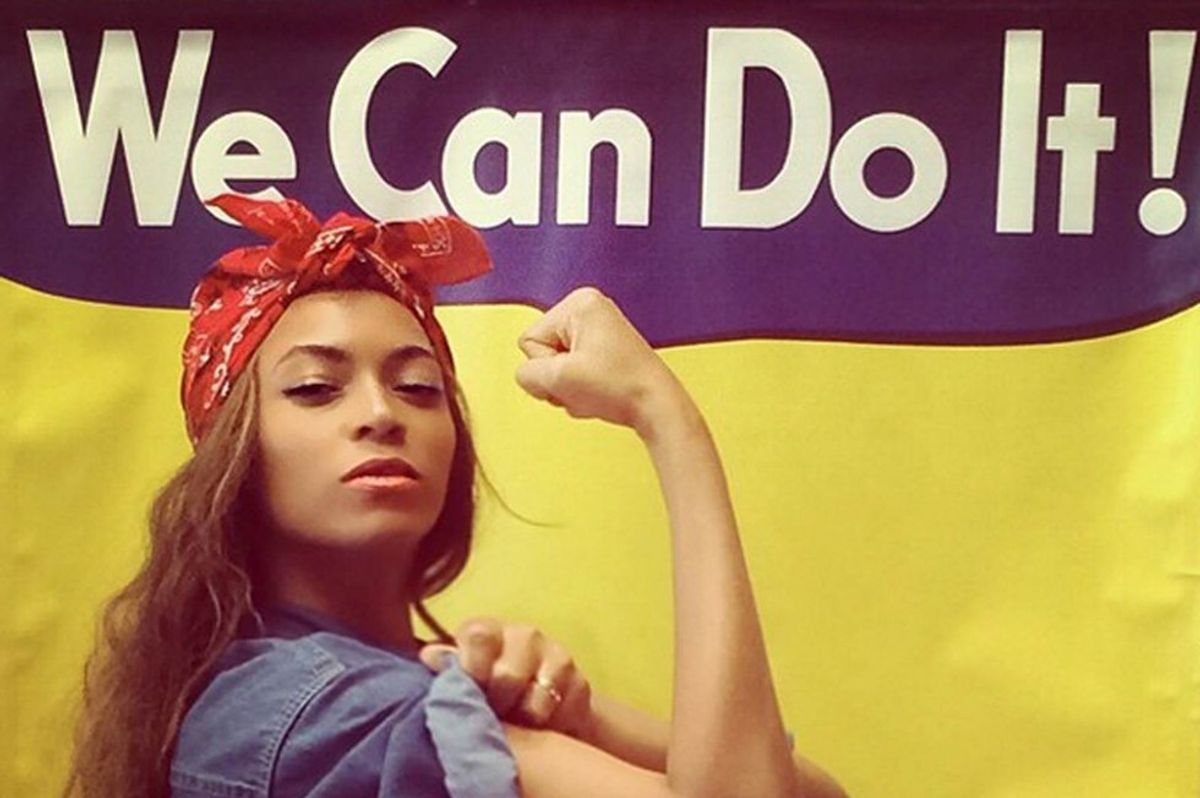 I'll never forget when I told someone I was the president of my college, and they responded "And who is the guy president?" While the question may have been innocent and not intended to be malicious, it's really hard to imagine that this script would have been flipped if I were male. Our perceptions of women in leadership are often unconscious, negative and deeply ingrained.

Since 1988, women have outnumbered men on college campuses, and now hold 52 percent of all professional jobs in the U.S. However, they are only 14.6 percent of executive officers, 8.1 percent of top earners, and 4.6 percent of Fortune 500 CEOs. In medicine, although women make up about half of medical school graduates, they hold only 16 percent of medical school dean positions. Across the board, women are catching up and overtaking men in terms of degrees and jobs, but not at all following the same rate for positions of power and prominence. At this rate, it is estimated to take until 2085 for women to reach parity with men in leadership roles in the U.S.

The problem is one of representation, but also productivity and success. According to studies, it is found “that financial measures excel at those Fortune 500 companies where women board directors serve." Getting women empowered to lead not only is necessary for gender equality, but actually improves society, because guess what — our girl brains are smart and have good ideas (who would have thought?).

Instead of just highlighting inequalities and explaining biases, I'd rather spend some time talking about moving forward. So what can we actually do to promote women in leadership?

Here are a few ways:

Among high achieving women, the imposter phenomenon is a commonly found mental habit in which despite strong track records, women don't feel like they deserve their success. However, simply acknowledging that imposter syndrome is a thing can be helpful to lessen the issue. When faced with criticism, when not taken seriously, or when your competence is questioned by others — don't take that. Women are wired with great intuition. Trust yourself. And when you make a mistake, take it as a measure of growth and learning rather than a debilitating failure. Remember that you are where you are not by luck, but because you deserve to be there.

Seeking out leadership can be daunting and difficult. Pass on what you've learned and be a developer to someone else. Encourage those to seek out leadership positions, and to not be intimidated by a field dominated by men. Support in life is so necessary, and having strong role models is a key to success that can easily be given.

Women are socialized to be conflict-averse, and arguing women are often seen as bossy, b*tchy, or too aggressive. In contrast, men who act in a similar way are seen as "straight shooters" or "go-getters." This can lead to negative perceptions of a woman that lead to her authority and importance being undermined. “Women should feel comfortable vocalizing their ideas — not just agreeing with their male counterparts to protect themselves politically. Encourage everyone to speak up." When you hear someone bring up a valid point or good idea, SAY SOMETHING. Often the loudest voices in the room get the most attention instead of the one with the best ideas. If you've ever been in a meeting and contributed to the conversation only to be ignored or, worse, have your idea taken credit for by someone else after a roundabout conversation, you are not alone. Here's how Obama's female staffers made their voices be heard.

Women are often found to be more critical of each other than they are of men. Think about how this could play out in an interview, an election, or evaluation. I'm not afraid to admit that, a couple of years ago, I was working with a woman who I thought was bossy. But then I caught myself — if she led the same way as a man, I would never think this way. Rather than assuming we are incapable of bias, do some introspection and recognize your own biases. No one is immune to socialization, and growth begins at home. Instead of holding each other back, we can pull each other forward.