Women Have An Internalized Fear Of Men, And That Needs To Change
Odyssey

Women Have An Internalized Fear Of Men, And That Needs To Change

"Cat Person" gives a very honest view of modern dating and the fears women have concerning the men that enter their lives. 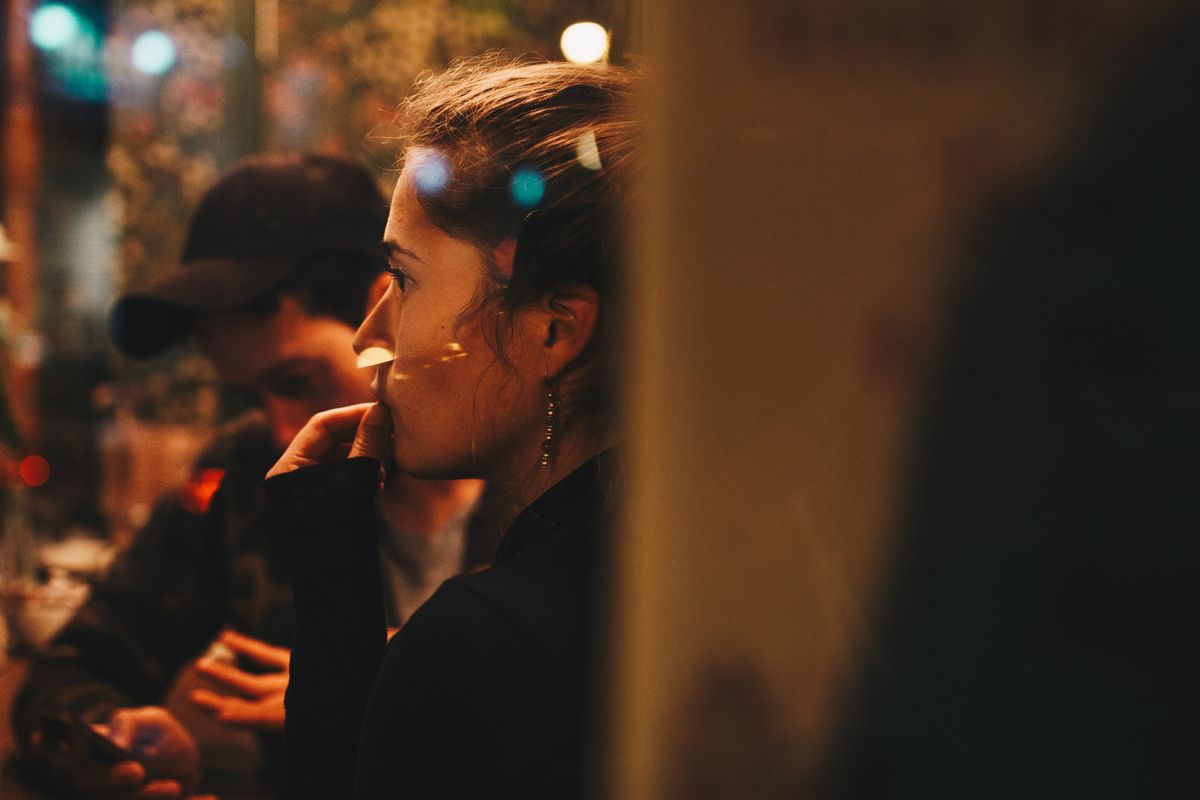 The short story “Cat Person” was written by Kristen Roupenian and published by The New Yorker on December 11, 2017. This story immediately went viral and received vast amounts of praise as well as backlash. Roupenian’s story centered around a young woman named Margot who meets a man named Robert during her shift at a movie theater. She becomes interested in the older man after chatting with him for some time and eventually agrees to go on a date with him.

After a mediocre date and bad sex, Margot slowly distances herself from Robert until her friend breaks it off for her completely through text. Written in Margot’s point of view, we can understand her thought process through their relationship. “Cat Person” gives a very honest view of modern dating and the fears women have concerning the men that enter their lives.

The story compares Margot’s ideas of Robert before they meet during the texting phase of their relationship, with the actual Robert that she meets on their date. During the texting phase, Margot and Robert’s conversations revolved mainly around jokes and “little updates about their days” instead of personal interests. Without any knowledge of who Robert is or how he acts on a day-to-day basis, Margot is left creating a fantasy version of him that she ends up falling for, in her mind. It wasn’t until she got into his car that she realized his actual personality did not match the description she created which can be seen in the line, “On the drive, he was quieter than she’d expected, and he didn’t look at her very much.”

This realization led Margot to think Robert is a complete stranger that can easily overpower her if he wanted to. Her thoughts were so obvious that he had to assure her that he would not murder her. The thought Margot had in this scenario reflect that of many girls in the world. The advancement of technology has given us many opportunities to get to know each other through instant messaging, yet it’s actually become harder to communicate with other people through those same means because it is also easier to pretend to be someone you are not when you are not face-to-face with the other person. Margot also does this by letting Robert believe she is a “film-snob,” which he continues to believe to the end of the story.

The theme of consensual and non-consensual sex comes into play after Robert buys Margot alcohol. Margot starts to think about what it would be like to have sex with Robert and lets him know she is interested. He later declares that she is drunk and refuses to kiss her but she insists that she isn't. Margot changes her mind after seeing Robert shirtless as well as his bed frame-less mattress and deciding she is not attracted to him. What turns this experience into a discussion of consensual and non-consensual sex is the fact that Margot became afraid to tell Robert that she was no longer interested because “the thought of what it would take to stop what she had started was overwhelming; it would require an amount of tact and gentleness that she felt was impossible to summon.”

Margot felt that she was required to continue because of her fear that he would either force her or try to hurt her, so she took preliminary action by attempting to drink herself into submission. At first, Margot gave consent. However, when she decided she didn’t want to continue she did not tell him and forced herself to continue. This non-consensual act was not enforced by Robert, but by the internalized notion that women owe men after a date or a man’s ego is more important than a woman’s desire. After she went home, Margot “told herself that she owed him at least some kind of breakup message,” further implying that she possesses that internalized conviction.

Roupenian successfully represented the mindset of a 20-year-old sophomore in college by the way Margot handled writing out her breakup message to Robert. She typed and erased multiple different versions of the message just to continue the relationship because she didn’t want to hurt his feelings. The fear Margot has regarding the way she should speak to him is justified when you read the last few lines in the story where Robert displays a mix of emotions, then finally ends by calling her a “whore.”

The drastic changes in disposition within Robert’s messages show what could have happened if Margot had rejected him in person. Many women have to deal with the fear that a man in their life can suddenly change their attitudes completely and decide to hurt them because of something women say, or don’t say.

Margot was a naive and egotistical 20-year-old who didn’t know how to handle a situation she wasn’t familiar with, and Robert was a 34-year-old man who felt pleased that a young woman had shown interest in him. Both of these characters had their faults, however, at the end of the story, the reader is dictated to choose who they will sympathize with. Since Robert becomes angry and calls Margot a “whore” in the end, many side with her. Robert’s actions at the end of the story are an example of why women have an internalized fear of men, and often sacrifice their own happiness to assure their safety.