10 Reasons Why Your Camp Friends Make The Best Friends
Odyssey

10 Reasons Why Your Camp Friends Make The Best Friends

You consider your camp friend a brother or sister, and have nothing but unconditional love for each other. 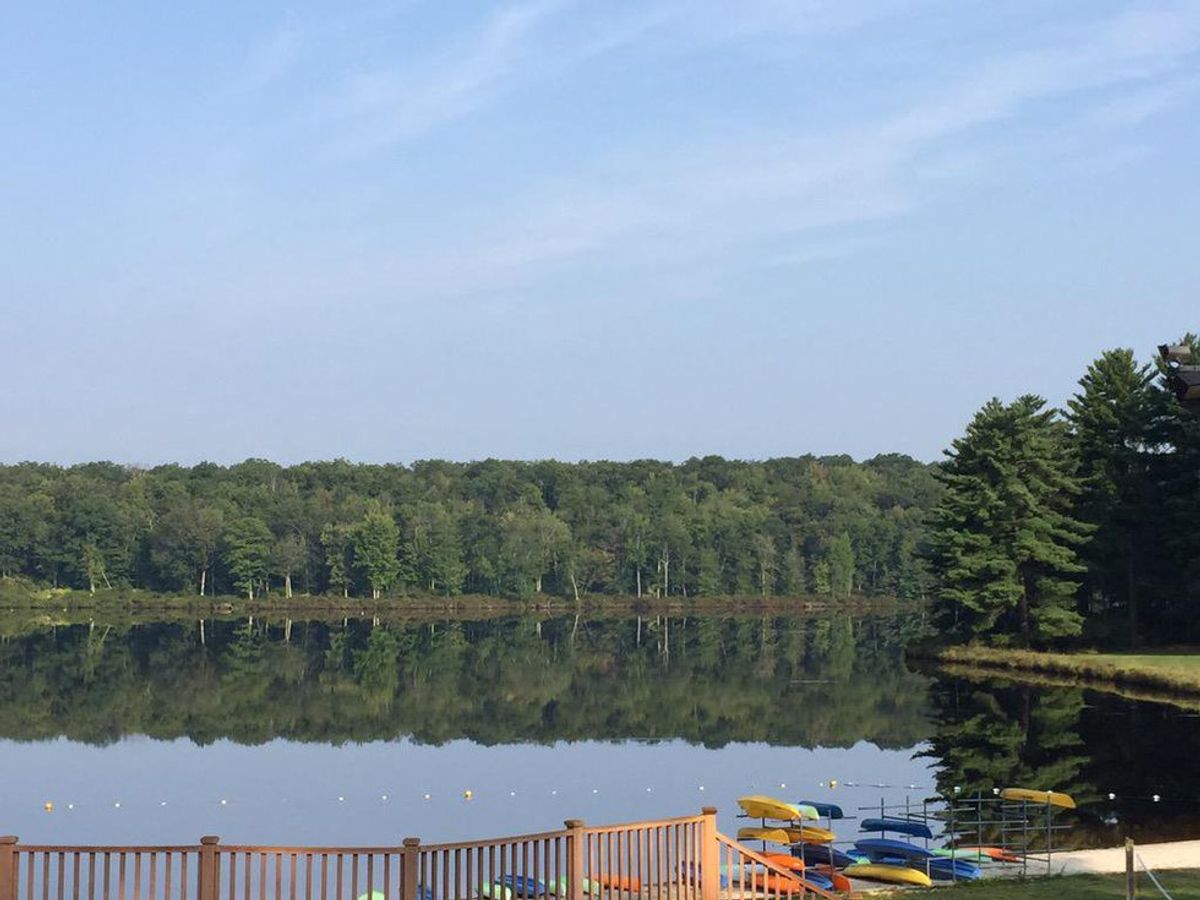 1. They've seen you at your worst.

With camp friends, you never feel like they are going to judge you for something you did or for the way you look. After all, they have seen you hit rock bottom. They have loved you through the times that you had braces and greasy knotty hair, when you got rejected by your crush who was way out of your league, and when you danced in front of the entire camp like nobody was watching. They may have embarrassing photos of you in your awkward stage, but you don’t mind because you saw them in their awkward stages, too! Your camp friends have been with you through the bad times, but the important part is that you experienced it together.

2. They have also seen you at your best.

Your camp friends were there when you smiled harder than ever before. In fact, they played a substantial role in making it happen. Whether that was in Disney or California on your big camp trip, when you led Color War, when you peaked at canteen, or just during late night talks with the bunk, they were there for some of the highlights of your childhood. Looking back, you have experienced some of the most amazing moments of your life with them right by your side.

3. They are always biased (in your favor, of course).

Sure, a nice part about having a camp friend is having someone to vent to that is uninvolved when something goes wrong at home. However, as much as they may not be relevant to the story, they are still always rooting for you. Of course, when you are really wrong on something they are willing to tell you, but only because they want what is best for you! If you are having an issue with Sally, so are they. In fact, they are probably already planning ways to seek revenge. They are essentially your #1 fans!

Throughout our life, we are constantly being forced to separate from our friends and family. Relationships often end or hit turmoil due to distance apart, like when we move away to college or to a new city. A part of having camp friends is accepting that you only get to share a short amount of time together every year. After years and years of practice, having a long-distance friendship with your camp friends becomes the norm. It's amazing how, after so much time apart, your friendships never change and it feels like you never left each other.

5. You make the most of every second you have together.

Although you wish you could always be together, separation only makes the times that you are reunited even more special. There is no greater feeling than reuniting with your camp friends at a legendary camp reunion. No moments are spent wasting time on unimportant things, but, instead, on embracing one another’s presence. Because of this, time spent together is anything but boring.

6. You are confident you can trust them with anything.

With camp friends, there are no secrets. Since they have seen you at your worst, you could never feel scared or embarrassed to tell them something. They were with you the time you peed your pants, the time you had a really awkward encounter with a crush, and even the time when you gained fifteen pounds in one summer. Nothing is ever too inappropriate or too personal with them. You can count on these people like no other to keep your darkest secrets and most embarrassing stories safe.

7. Your friendship was built without technology.

Although you give credit to technology for getting you through the long winters apart, your true friendship was formed at camp without any technology. Camp allowed you to understand the magic of a technology-free zone; with no texting or social media, all conversations always happened face-to-face. Not only did this eliminate drama, but it allowed you and your camp friends to fully take advantage of all your camp had to offer. Conversations took place out loud and face-to-face — something that is so rare in the outside world.

8. They know you better than you know yourself.

There are not many people that you can confidently say you have been best friends with since elementary school. They have lived with you in tight quarters and know exactly what gets you annoyed or upset and, most of all, how to make you happy. Camp friends can predict exactly how a situation will make you feel, which is why there are no better people to turn to for advice than them.

9. Only they understand the ‘epicness’ of your crazy camp stories.

When describing camp to other people, some stories that put you in hysterics in person make absolutely no sense to other people. Camp friends are the best people to talk about camp with, as nothing is more annoying than trying to get a family member to understand why your favorite camp memory is “so funny.” They will laugh with you when you want to reminisce on your wild memories from a summer, and they will dance and sing with you to that classic ‘camp song’.

10. You consider each other family.

Looking back and reflecting on life, it is hard to think of a world without your camp friends. For as long as you can remember, you have spent summers with the same group of people. These people that you have lived with in a tiny little cabin, you consider family. With no parents to tell you what to do, these people have turned from strangers to people you know you can turn to for anything. Spending summer after summer together starting at such a young age has allowed you all to grow up together. They shaped who you are now and taught you so much of what you need to know for the future. You consider your camp friend a brother or sister, and have nothing but unconditional love for each other.

Caitlin Marie Grimes
University of South Florida
9151
Beyond The States