Why You Shouldn't Become An SDSU Aztec
Odyssey
CurrentlySwoonLifestyleHealth & WellnessStudent LifeContent InspirationEntertainmentPolitics and ActivismSportsAdulting
About usAdvertiseTermsPrivacyDMCAContact us
® 2023 ODYSSEY
Welcome back
Sign in to comment to your favorite stories, participate in your community and interact with your friends
or
LOG IN WITH FACEBOOK
No account? Create one
Start writing a post
Student Life

Why You Shouldn't Become An SDSU Aztec

It's just the worst to have to live in San Diego... 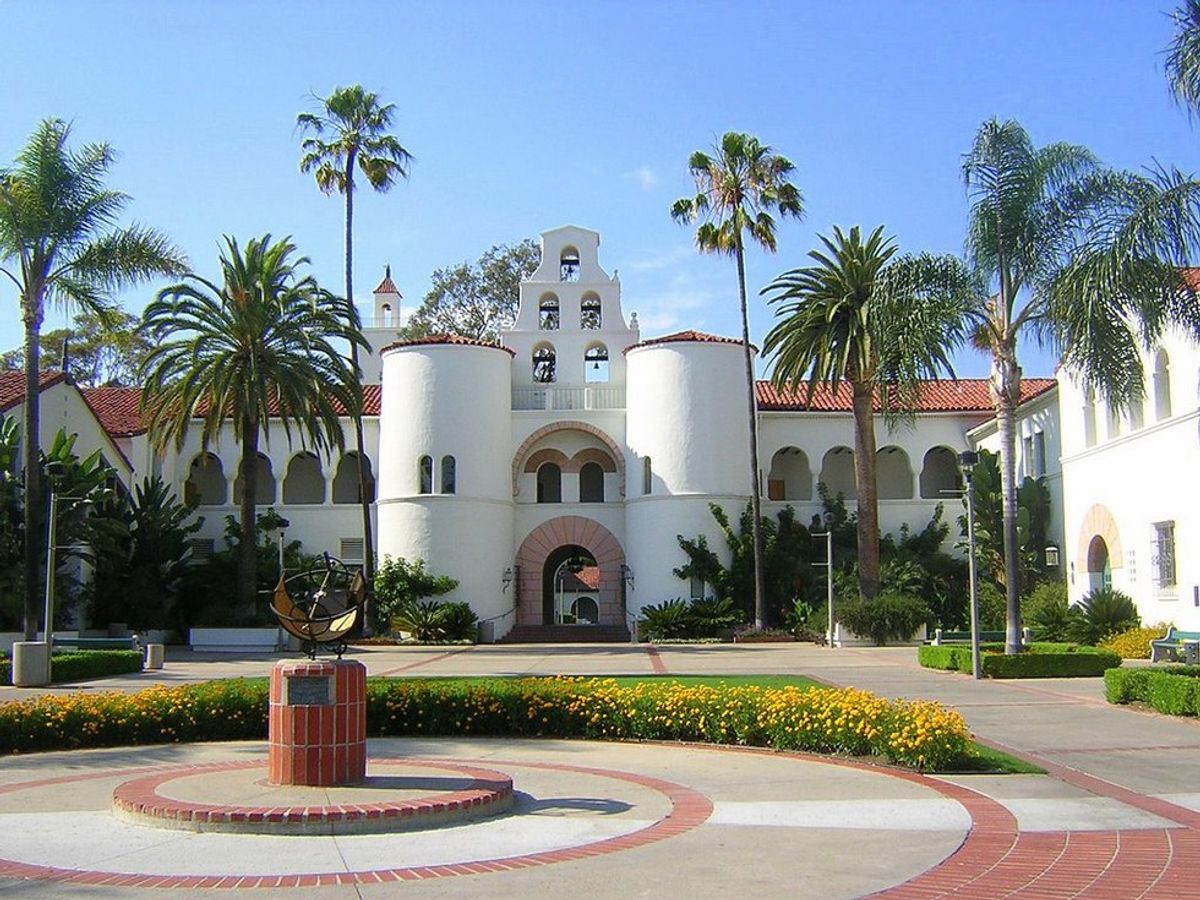 Going to school in San Diego isn't something everyone gets the opportunity to do -- and those who have the opportunity to soak up the sun in 75-degree weather year-round are the lucky ones. I was fortunate enough to be one of those lucky kids, and I couldn't have asked to be a part of a better university. Better yet, I couldn't be happier to be an SDSU Aztec. Being a San Diego State students means a lot to us, and we take pride in being an Aztec. The Aztec life definitely isn't for everyone, and here's why.

1. If you don't like warm weather, palm trees and warm winds, then being an Aztec probably isn't for you.

The weather in San Diego is absolutely incredible. It's about 70 degrees year-round and it practically never rains. It also never snows and the coldest it ever gets is about 60 degrees. I mean, who would want to ever live here? It just sounds horrible, right?

2. If you don't like Chipotle, Starbucks, The Habit, pizza and beer, then being an Aztec probably isn't for you.

Don't even get me started on the food on our campus. I mean, we have two dining halls, Bruxie, Cream, Panda Express and Rubio's; but, I mean, we're all practically suffering with Chipotle, Oggi's, Starbucks and The Habit. Not to mention, we also have a farmer's market every Thursday on campus that offers the freshest food around. And don't even get me started on the bar we have on campus that offers students and faculty a selection of craft beers.

3. If you hate team spirit and black and red doesn't run through your veins, then being an aztec probably isn't for you.

Our football team is Mountain West Conference Champions, and our basketball team played at Madison Square Garden this past year and has a player that ranks No. 3 in the nation.

4. If you don't like watching football games from the Charger's stadium, then being an Aztec probably isn't for you.

Since our campus doesn't have a football stadium, our football team gets to play in the same stadium as the San Diego Chargers, which makes football games 10x more enjoyable for all students.

5. If you hate public transportation, then being an Aztec probably isn't for you.

We have two trolley lines that run through SDSU that practically take you anywhere you want to go in San Diego in a matter of minutes.

6. If you hate concerts, then being an Aztec probably isn't for you.

Not only do we have two concert arenas on campus -- one of which can be easily seen from our Love LIbrary, where students can enjoy a free concert while studying -- but we've also had bands/singers perform on our campus such as Maroon 5, Drake and Rihanna.

7. If you don't like the beach and water sports, then being an Aztec probably isn't for you.

We have classes where students can spend your days surfing, paddle boarding and sailing at the beach or in the San Diego Bay.

8. If you hate books or red and black apparel, then being an Aztec probably isn't for you.

9. If you hate working out, then being an Aztec probably isn't for you.

We have two gyms on campus, and we also have four basketball courts, a weight lifting room, saunas in the locker rooms and even a rock wall.

10. If you hate bowling, pool or ping-pong, then being an Aztec probably isn't for you.

We have our very own bowling alley on campus that also has ping pong and pool tables available for students to use. You can even rent out the entire alley for private events or for events for clubs and organizations.