Why You Should Stand Up For Yourself
Odyssey
CurrentlySwoonLifestyleHealth & WellnessStudent LifeContent InspirationEntertainmentPolitics and ActivismSportsAdulting
About usAdvertiseTermsPrivacyDMCAContact us
® 2023 ODYSSEY
Welcome back
Sign in to comment to your favorite stories, participate in your community and interact with your friends
or
LOG IN WITH FACEBOOK
No account? Create one
Start writing a post
Student Life

Why You Should Stand Up For Yourself

"You teach people how to treat you by what you allow, what you stop, and what you reinforce." -Tony Gaskins 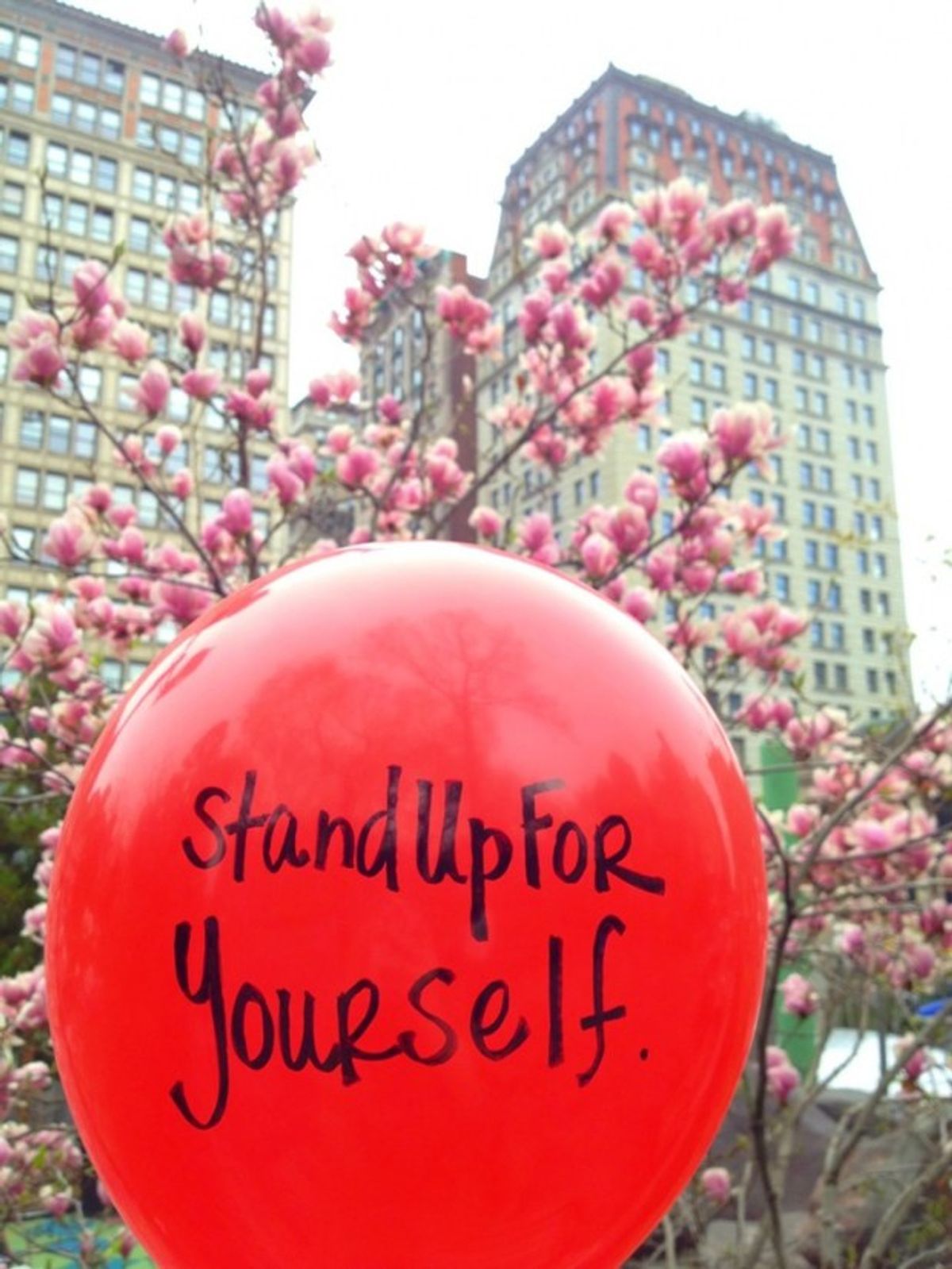 Even though I never used to be able to stand up for myself, throughout my college years I have learned that doing so is important. I don't believe in being disrespectful in the process, but there comes a time that you have to make the decision to not let others walk all over you. Of course, it is easier said than done. But I promise that once you do it, you'll be more in control of your own life.

It is important to stand up for yourself in life in general, but especially in college. If you feel like your paper was the best paper you've ever written and should have received a better grade, politely bring it up to the teacher and explain why your paper was better than he or she originally thought.

Standing up for yourself doesn't mean that you have to be rude or mean, it just means you are fighting for something you think you deserve. I remember an occasion when my friends and I were walking down an off-campus street and a guy (who was clearly trying to scam us) asked us for help. I quickly responded with a comment about being in a rush and he left us alone. My friend said "I'm glad you're here because I would never have been able to do that." It seemed so simple to me in that moment, but then I began to think that there are people who feel so uncomfortable saying anything, so much so that they probably would have given that man whatever he was asking for.

After I began to stand up for myself, I started to feel much more powerful. I am no longer worried about giving my honest opinion to someone, and I love being that person that people can come to when they need the truth. I am no longer nervous about defending my papers, or to tell a friend when something they are doing bothers me. I am no longer afraid of the possibility of someone pushing me around.

We all have people in our lives that we wish we could stand up to, but we are hindered by the fear of confrontation or the fear of a friend being upset with us. I used to be that way, and until I finally made the terrifying choice to stand up for myself, I didn't know how good it would feel to defend my feelings instead of just automatically agreeing with others. This only led to my own disappointment and sadness later on.

I know this is hard advice to take, especially from someone that you may or may not know. Start small. It may be easier to practice on a friend first, and as silly as that sounds, it works. Write down what you want to say, and make an argument for your opinions. Eventually, it will become second nature and you'll be able to feel like others are respecting your opinions instead of just voicing their own. They will no longer expect you to simply go along with what they have to say.

I wish I could hear back from everyone who reads this article and see how it changes any aspect of your lives. Stand up for yourself friends, because having your own opinion and voicing it can really change so many things. I know that for so long, I wished I could stick up for myself, and even though it took me until my freshman year of college to be able to do so, I am so much happier now with that new skill under my belt.