Why You Gotta Be So Mean?
Odyssey

Why You Gotta Be So Mean?

The feuds of Taylor Swift 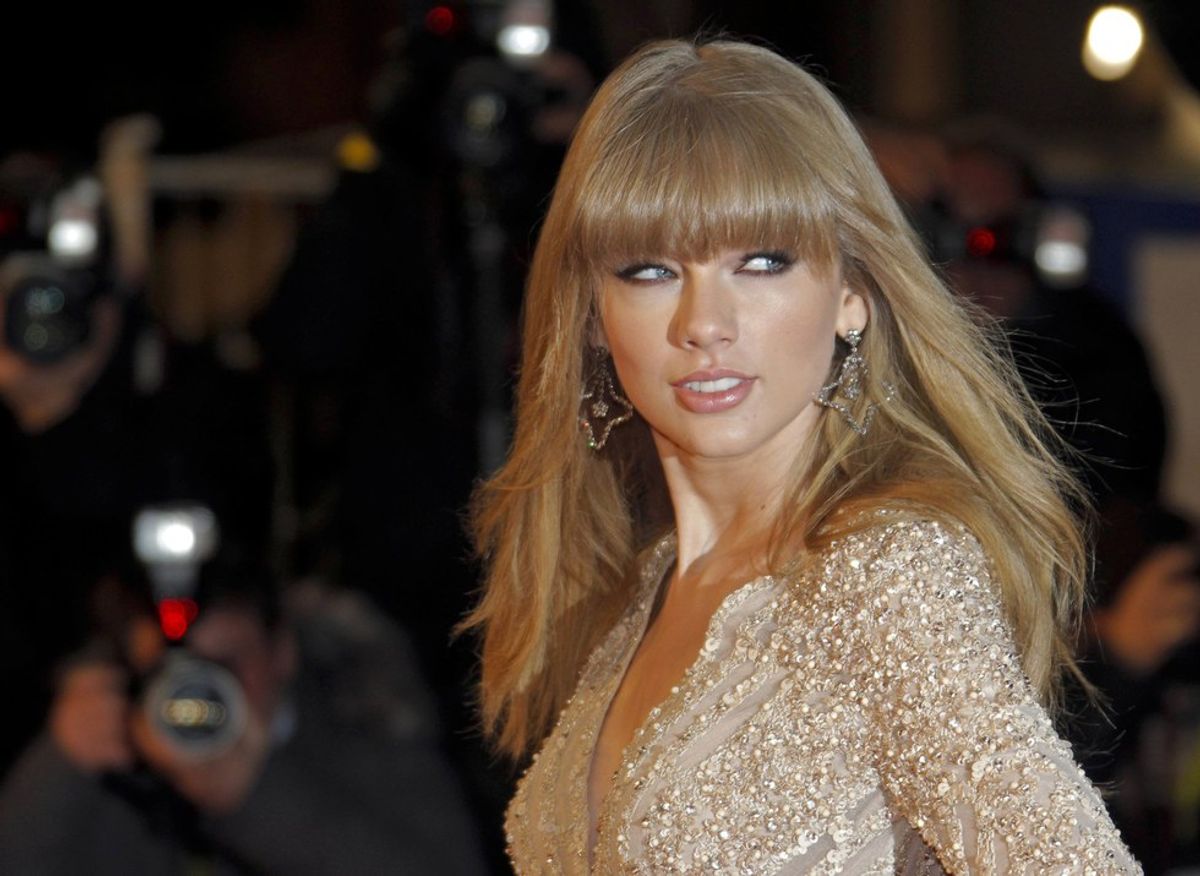 My writing has either fallen on the extremity of quite serious to completely ridiculous. There is a lot I could write about this week, but given the state of affairs in our country and the crushing loss of a dear friend, I would rather think about literally anything else.

That's how I ended up reading the entire Twitter saga that occurred between Kim Kardashian, Kanye West and Taylor Swift, which spiraled out into other feuds: Khloe Kardashian vs. Chloe Grace Moretz, Ruby Rose vs. Khloe Kardashian, and Selena Gomez vs. the Internet. Katy Perry and other Kardashian/Jenners got involved, as did Harry Styles in his cryptic tweet of a snake emoji (which the Internet has adopted as their new hieroglyph to represent Taylor's character). What a fabulous train wreck...I do not have enough popcorn or tea.

The drama got me to start thinking, though, about my own tortured relationship with Taylor Swift. I could not stand her for the longest time...her catchy songs would always sneak up on me and play repeatedly in my brain, but I could never get over the fact that she wasn't even that good at singing in the first place. As I am marginally better at the craft, I didn't appreciate someone with less singing chops rocketing her way to the top of the charts while I continued my very pedestrian small-town life. I very recently changed my tune after listening to Ryan Adams' cover album of 1989, which gave me a new appreciation for the enormous potential Taylor has as a performer and songwriter. I also stumbled upon some adorable interviews that made her feel more relatable, and even I had to give her props for trying to navigate her way through novice feminism.

As I watch all of her latest drama unfold, though, I'm starting to get a different picture from the previous two. Do I agree with the Internet that she is a snake? No. Taylor is quite possibly the most giving of celebrities when it comes to her youngest fans, people tell me she puts on a hell of a show, and she doesn't mind laughing at herself now and then. I don't see her as a no-talent hack, nor do I see her as the untouchable darling of our society...but I have the sneakiest of suspicions that she is far from America's golden child.

Because this keeps happening. Patterns have emerged in which Taylor is the perpetual victim who turns around to capitalize on her personal affairs by putting them on the next album. Truthfully, she's left a lot of people in her wake. We all know where this started: the infamous 2009 VMAs, during which Taylor was selected as the winner of Video of the Year. Everybody knows what happened next, and we were all horrified when Kanye West (who at the time was fading into obscurity) stormed the stage and grabbed the mic from the shocked ingénue of the music industry. She looked dazed after he finished his spiel, and simply walked offstage instead of finishing her speech. Beyoncé, the queen, saved the day by calling Taylor onstage to give her a second chance at accepting her award. Thus, America's favorite damsel in distress was born.

What Taylor has done post-VMA fiasco is possibly the most clever brand positioning the world has ever seen. Instead of "shaking it off", Taylor wore her victimhood like a badge of honor. "Mean" became the small-town, picked-on teenage girl's anthem, and those girls associated their newly found self-confidence with Taylor. The more her star rose, the more attention she gained, and the more opportunity presented itself to play the damsel role.

Is she in distress, though? I don't think so, but despite all evidence to the contrary, the narrative (which she would very much like to be excluded from, thank you) lives on. Taylor is notorious for her breakup songs, which are heavily inspired by her own experiences in dating and love. Every girl ever can listen to one of those tracks and hear herself in it...I mean, even I have felt the sting of tears whenever I listen to "I Almost Do". While she has purportedly "humiliated" John Mayer, exchanged digs with Harry Styles, and has blasted her most recent ex-beau Calvin Harris, seeking retribution from heartbreak isn't the only weapon Swift has in her arsenal. Nor are ex-lovers her only source of industry beat-downs.

We're all well-versed in the drama between Taylor and Katy Perry, because we were served a kick-ass music video stuffed to the gills with Taylor's celebrity "squad". Katy didn't take too kindly to "Bad Blood", and accused Taylor of being a hypocrite. Taylor was quick to clap back at Tina Fey and Amy Poehler for using her dating life as comedic banter, pitting herself as the helpless kitten who has been attacked by two more experienced cats. She even went so far as to suggest a trip to Hades was in their future. Nicki Minaj suffered a tongue-lashing after posting a complaint about award nominations (which was fortunately patched up), Camilla Belle was accused of sluttery, Justin Bieber has been rumored to harbor resentment over Taylor's involvement in his relationship with Selena Gomez, and Demi Lovato has made it clear that she's no fan of her former bestie's new bestie. Big companies like Spotify and Apple have received Taylor's wrath, as she cites they don't pay her enough for her art. Even fans aren't immune to some backlash, as Taylor took legal action against some followers who were making 1989 merchandise and selling it on Etsy. There have also been reports of a graphic artist's work being used by Taylor's team with no permission, compensation, or apology.

Now with the video leak in which Taylor "approves" the song lyrics to "Famous" during a conversation with Kanye West, Swift has positioned herself as a victim once more. The Kardashian West camp isn't having it, thus the all out Twitter war on Sunday night. So, what makes more sense: a bunch of people ganging up on a girl who clearly knows how to handle herself? Or a girl who just might be a little vindictive and...mean? It's time we face the reality of the situation, which is that Taylor is the following:

We are partially responsible for the victimhood mentality, because we have supported it for the last seven years. She's not someone who needs saving, as she's proven time and time again that she can not only hold her own in a fight, but can also destroy her detractors. Kanye, for all of his faults, has had to do his own fancy footwork to achieve more fame (aka marrying a Kardashian and being BFFs with Jay Z and Bey). In 2009 he was almost irrelevant and his stunt at the VMAs drew a ton of public ire, but in 2016 he is arguably one of the most talked about celebrities out there.

Does this mean I'm Team Kimye? Nope. Does it mean I hate Taylor Swift? Also nope. I'm just trying to insert a little realism into the idea that Taylor is an untouchable, fragile being that everyone else is out to annihilate. It's just not true, and it's time for her to be proactive about changing the narrative. Stop being the victim, accept that people won't always like you or agree with what you do, and be authentic about who you are. If you are an ambitious businesswoman, be it. If you are a heartbroken woman scorned, be it. Just remember that you can't be excluded from a narrative that you created.