No better role model than Tswift 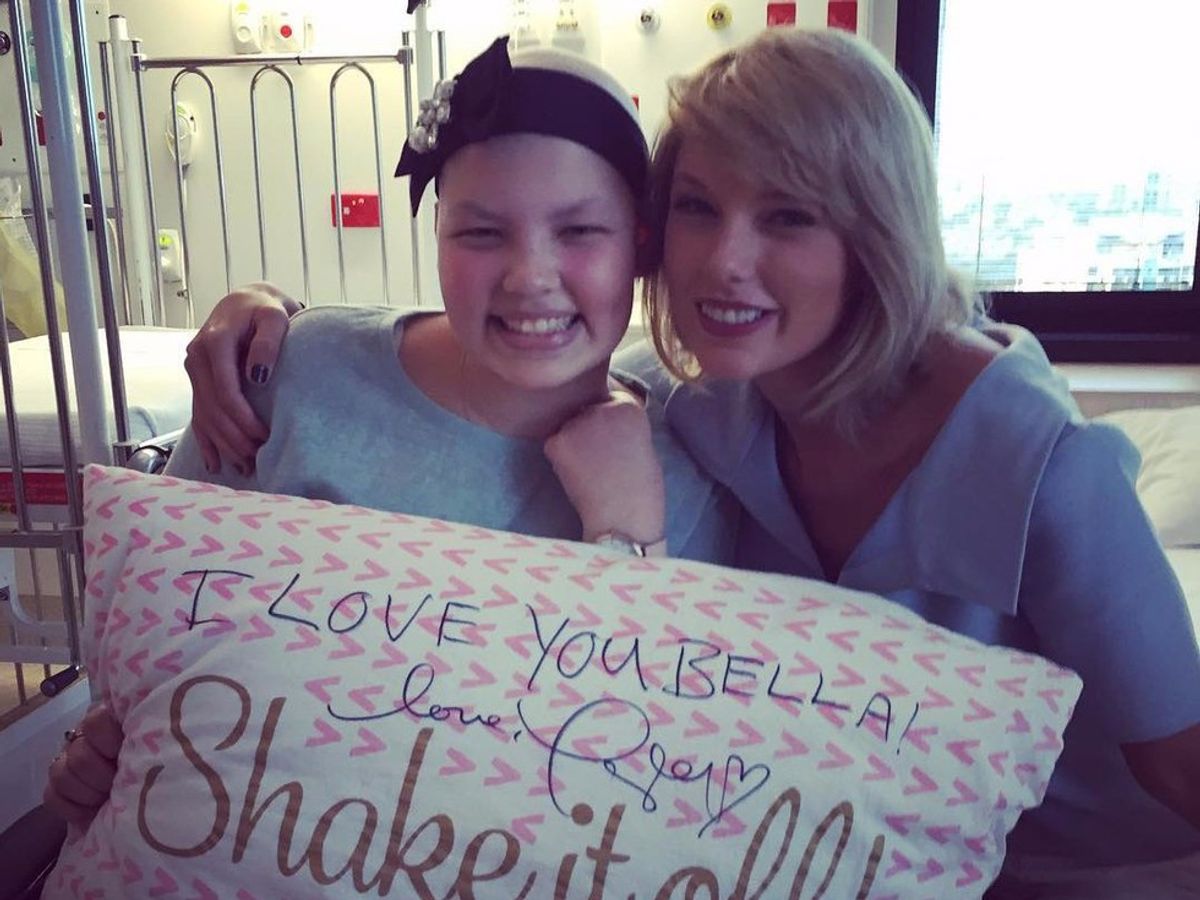 Anyone who knows me the slightest bit likely knows that I have a major obsession with Taylor Swift: her life, her music and the image she's been able to keep for herself. While many people do disagree, I have to say I think she is one of the best role models and one of the most relatable artists in the 21st century. Here are a few reasons why:

1. She literally started from the bottom.

Unlike most artists or celebrities today, Swift didn't simply get her career handed to her. She actually grew up on a Christmas tree farm in Pennsylvania where she learned to sing and play guitar and would practice until her hands would actually bleed. It wasn't until she was 12 that she was able to move to Nashville. It was even later in her life when a record company finally accepted her demo CD and gave her a deal. Since then, she and Big Machine Records have worked together through her previous albums, one of which she entirely wrote by herself.

The first concert of hers I went to, one of the first things she did was above anything relating to her or her music and she made it very clear with the audience. Before performing, she gave a speech to give thanks to those who fight for our country every day, and who can't always go out and enjoy things like summer concerts. She spoke about the fact that we wouldn't be anywhere today if it wasn't for them. I don't know many things that are classier than that. Additionally, she always gives thanks to those who have been there for her from the start, such as her best friend Abigail who she wrote the song "Fifteen" in honor of, or those such as her parents, younger brother, band and record label who have been there from the start and with her through everything.

3. She has a song for everyone to relate to.

It doesn't always seem very clear to a lot of people, but she actually does give many people the benefit of the doubt. She is known to write a song about pretty much anything, and she wrote one about the VMA incident with Kanye West and titled the song "Innocent." Basically what the song translates to was her saying that she understands he messed up and made a mistake, and it's never too late to right your wrongs. After being publicly humiliated on national television like she was, doing such a thing shows that she really does give people second chances.

5. Swift is all about being there for those that are there for her.

If you've ever seen one of her closest friends get bashed, she always one of the first to jump in and defend them. She has the loyalty we all look for in our friends. Additionally, she tries to be there for her fans as much as she can. She has not only written some songs in memory/honor of them, but she goes above and beyond in trying to interact with as many of them as well as she can. One time she even held a 13 hour meet and greet, going hours past the time she originally planned, and has surprised dressed up fans with meet and greets at concerts. She really does appreciate everything she has!

6. After 10 years of fame, she's still kept her composure.

Unlike many other artists of this time, Swift manages to constantly display herself in a respectful manner the exact same way she did when she when she was 16 and new to the world of music. She never loses sight of what's truly important.

Emmaline B
The Narrative
91343
https://unsplash.com/photos/O0T1SIgHAfM