Why I Will Not Be Watching The Presidential Inauguration
Odyssey
CurrentlySwoonLifestyleHealth & WellnessStudent LifeContent InspirationEntertainmentPolitics and ActivismSportsAdulting
About usAdvertiseTermsPrivacyDMCAContact us
® 2023 ODYSSEY
Welcome back
Sign in to comment to your favorite stories, participate in your community and interact with your friends
or
LOG IN WITH FACEBOOK
No account? Create one
Start writing a post
Politics

Why I Will Not Be Watching The Presidential Inauguration

And why it is important 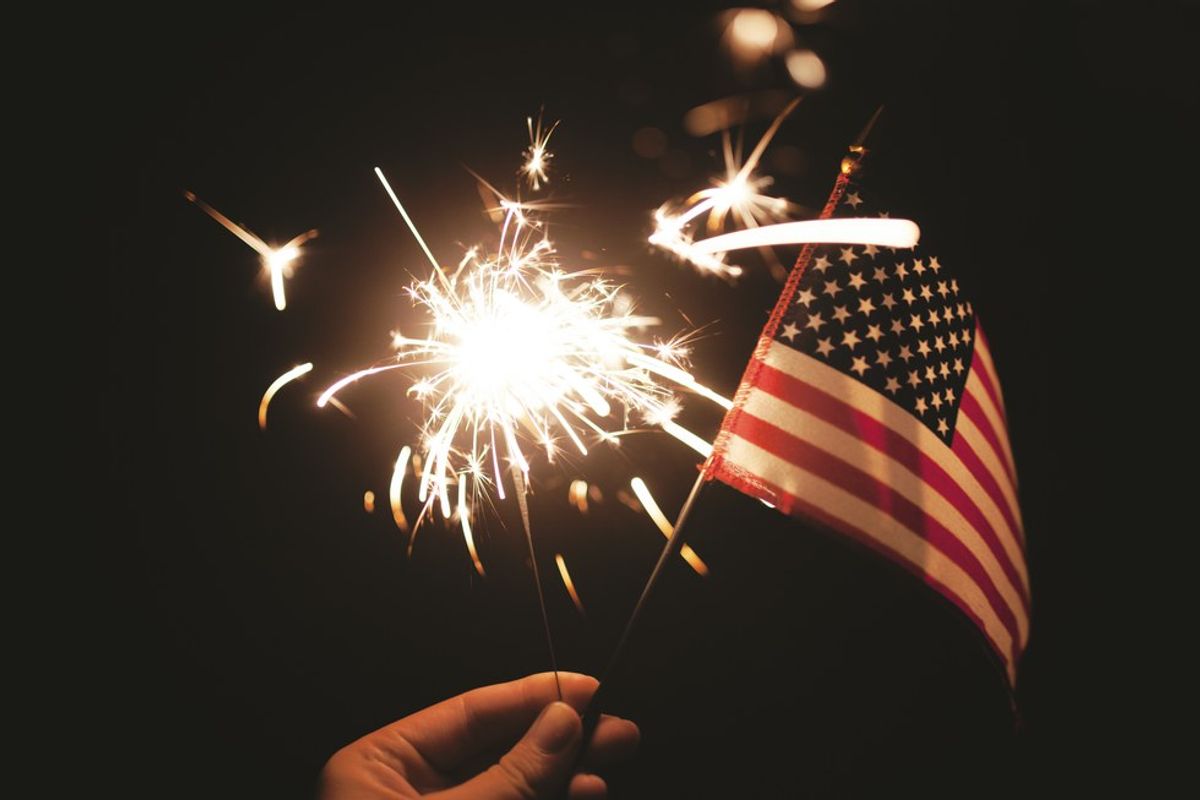 I will not be watching the presidential inauguration this Friday. And while some may see this as disrespectful or un-American, it is exactly the opposite. I care greatly for our nation and want it to thrive, so I am standing up against the hatred and selfishness of our new leader.

There are times in history that we look back on and ask why no one did anything against oppressive leaders. Or, even worse, why did they have so many supporters? I believe we are standing at the beginning of one of those moments. If you would like to help stand up, have your congressperson's phone number on speed dial and call anytime you have an opinion about a proposed policy or change, go to rallies, encourage your friends to speak up, and use the freedoms that have been given to you by the constitution to make your opinions known.

During the presidential campaign, it became clear that our president-elect has very little respect for women and believes that grabbing a woman by her genitals is not sexual assault, but rather a great conversation topic for the locker room. We already live in a world where women, trans individuals, and other groups have to plan before going on a date. We make sure to tell our friends exactly where and when we will be on our date. If we are walking, we plan to take a different route home, or stop somewhere else completely. We don't let first dates pick us up at our place, because then we wouldn't have a way out if the date goes poorly. And the term "poorly" has a far range in this case: it could mean that the date is boring or doesn't click, or that they forced themselves on you or threatened your life because you rejected them. We do not need more people in this world thinking that they can do whatever they want with another person's body because they bought them a drink, but the excuse of, "The president doesn't think this is sexual assault," will sadly be true. And as inadmissible as it is, the fear that follows is enough.

Another point of the campaign was a Muslim ban or registry as a way to combat radical behavior in the middle east, which I can't believe has to be pointed out as an absolutely terrifying action. That our new leader is willing to directly harm citizens of our nation because of their religion, despite the first amendment, shows exactly how little he understands about Islam and our constitution. He is not a man that cares about the people of this nation.

Recently, our healthcare has come under fire. The GOP, by disassembling the Affordable Care Act, as promised by President-elect Trump during his campaign, plan to take away health insurance from millions of Americans, and will make it harder for those with pre-existing conditions to get insurance. These are not representatives of the people. According to a Kaiser Family Foundation poll, 75% of Americans either don't want the law repealed at all, or don't want it repealed before there is a replacement plan. The irresponsibility of these lawmakers, with the support of our president-elect, shows how little they understand about the everyday lives of their constituents. These representatives don't understand that without coverage, many Americans won't be able to afford their medications or medical appointments, either forcing them to forgo their treatments all together or take money from other areas of their budget (rent, food, etc.) in order to afford them.

That the president-elect is going back on many of his campaign promises does not put me at ease. The unpredictability of the next four years is frustrating and terrifying. What will happen now that congress refused to vote on President Obama's supreme court nominee, and how will that effect the decisions of Roe v. Wade or Obergefell v. Hodges? Will they remain or will they be replaced with an opposite decision? Further, the cabinet choices of the president-elect represent a small, elite group of Americans that, for the most part, lack sufficient experience in the fields that they will be leading. How will this change the effectiveness of the departments and thus, how will it affect the American people?

I am not going to sit around and wait to see if the hatred that President-elect Trump shows towards, women, the LGTBQ+ community, people with disabilities, Muslims, the poor, and numerous other groups encourages more hatred. I am going to stand up today and voice my fears, because there is no way I can sit around when others are being harmed by the upcoming leader of our nation.