Why Hate Speech Is Important In A Society
Odyssey

Why Hate Speech Is Important In A Society

We benefit from hearing hateful rhetoric, not banning it. 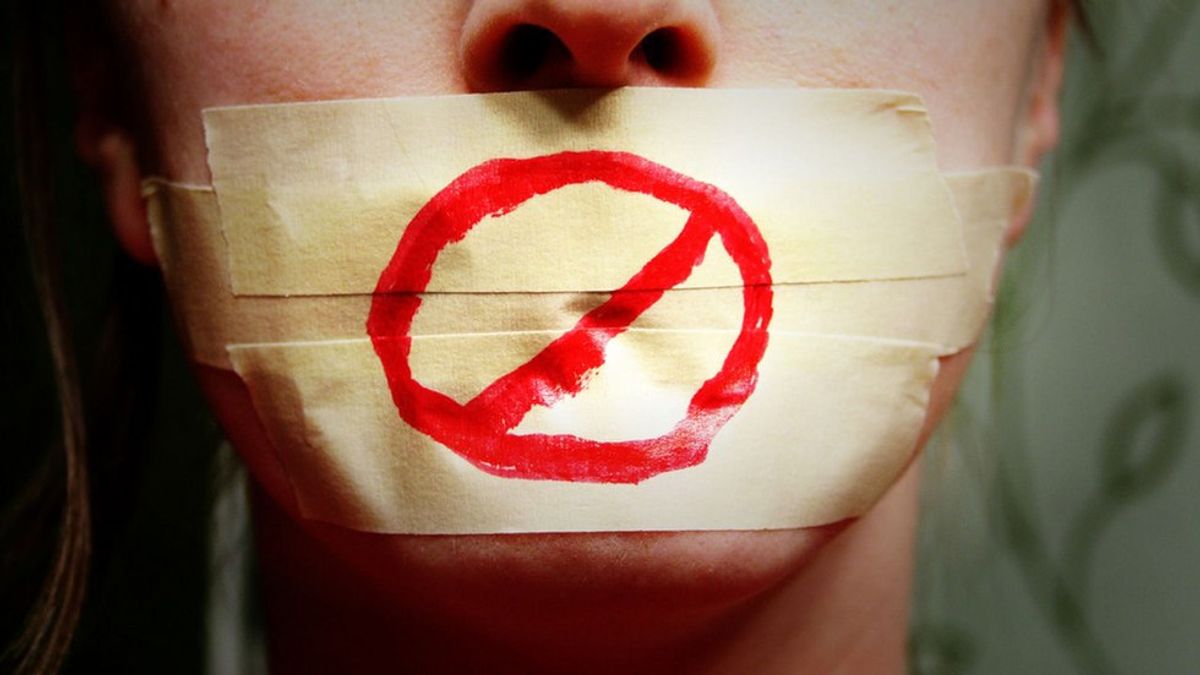 What if our government decided to ban every form of hate speech and were able to enforce this law? Now you could no longer say something that may offend another individual, meaning virtually every possible statement is banned, because there’s a chance it could offend a tiny portion of the population. Why should we constantly have to live our lives worrying if we’re going to offend someone? Instead of trying to ban it, how about we let hate speech live on?

Now I know what you’re thinking—why in the world would I be supporting people to say terrible things? Well for that exact reason, we need to hear other individuals say terrible things. When we hear someone make a statement or give an opinion, our brains automatically analyze what they said, and how we’ll react. This is based upon our inner morals and guidelines we hold based upon our upbringing, religion (or lack of), culture and what we are exposed to as a society. If we grow up and our parents tell us calling someone a racial slur is bad, we’re going to know not to say it. However, we would have never known that certain phrases or words are ignorant or wrong if nobody says it. We constantly need to hear all ideas no matter how drastic they are so that we may oppose or support them. Where would our sense of morality go if we just banned anything that could be viewed as offensive?

Let’s say in a “perfect” society, there was no such thing as “hate speech” and they had no concept of what it could mean. Well there is one individual who doesn't take too kindly to a certain population of people, and decides to spread their rhetoric to those who agree with them. That same message begins to spread like wildfire and before you know it, thousands upon thousands of people are siding with this upcoming leader. Since they haven’t been exposed to any form of hate speech, they blindly begin to chant these horrid statements that involve hurting this population of people. The end result is the individual gets their way and now this population has successfully been oppressed. Now if the people were constantly exposed to ideas and feelings of hatred, they would have been able to identify it, and oppose it. The purpose of listening to hate speech is to understand what the individual means, and then think of a way to come out against the movement. It is very easy for hate speech to influence people in times of desperation, depression, or just tough times in general. There needs to always be a steady stream of free thought so better ideas may overthrow the negativity that arises.

A current example we can look at is the #BlackLivesMatter Movement. What first seemed to be a form of empowerment for a minority that believes they are being oppressed by a white patriarchal system just turned out to be another horde mentality of hating caucasians and everything they stand for. They attack the elderly, cause more and more issues in each city they protest in, and spew hateful propaganda to everyone else. Now I’m able to see that this is a hateful movement because they still have the right to voice their opinions, and to protest. Sadly, the majority of society doesn’t see this and are now following this movement, but that is another story for another day.

In order to have a fully functioning, intelligent society, we must have all mindsets represented. When all ideas are compared to one another, we are able to make a decision on whether or not the idea or call to action is acceptable. Saying that population A should exterminate population B because B is inferior is clearly hateful, and a society with a constant stream of ideas would not follow such horrid claims. However in a society not exposed to hatred, or one who thinks the majority should kneel before the minority, would clearly follow this mindset and carry out with it. Let’s listen to one another and have intellectual arguments and oppositions instead of just plain urban warfare. We must acknowledge then dismiss hatred for the movements to die out, because complaining about it and calling for speech laws will only make the movements grow larger and larger. (Not only that, but misidentify what is and what isn't hate speech causes even more issues. Twitter banning Milo Yiannapolous permanently is absolutely ridiculous.)

We must continue to enlighten ourselves with history and the tensions that lay in our homes. When we recognize these growing issues we will know when to oppose the wrongdoers and propose the better solution. This is the beauty of a free society.
Report this Content
This article has not been reviewed by Odyssey HQ and solely reflects the ideas and opinions of the creator.