Why I Want To Be A Cop
Odyssey
CurrentlySwoonLifestyleHealth & WellnessStudent LifeContent InspirationEntertainmentPolitics and ActivismSportsAdulting
About usAdvertiseTermsPrivacyDMCAContact us
® 2023 ODYSSEY
Welcome back
Sign in to comment to your favorite stories, participate in your community and interact with your friends
or
LOG IN WITH FACEBOOK
No account? Create one
Start writing a post
Student Life

Why I Want To Be A Cop

Sure, a police officer's life isn't a cake walk, but maybe I don't want one. 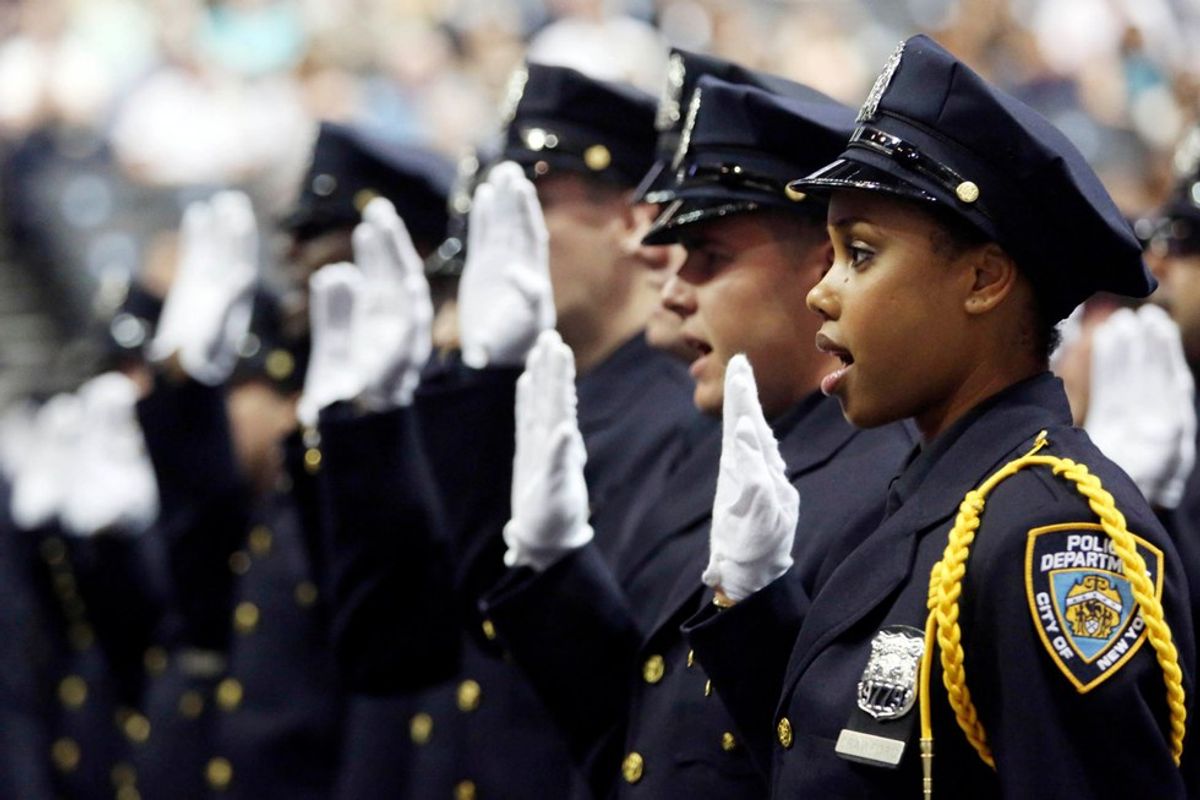 “Wow, that’s a tough field to go into right now”

This is a conversation that I had this past weekend, and it wasn’t the first. They can have slight variations, but the end result is always the same- no one understands. Had it been 10 years ago, everyone would be applauding me for my courageous decision and my heart for people.

Now, in light of everything that is going on with Black Lives Matter and police violence, the profession is suddenly one in which some people look down upon. They won’t say it, but it’s there in the long pauses and scrunched up facial expressions.

Cops are no longer the heroes.

Of course, I do know that some people don’t think this way. They believe in police officers and everything they stand for. They understand that not every cop is racist and unnecessarily violent. Most of my family members think this way, and yet, they still don’t support me wholeheartedly. They play the “but it’s so dangerous right now” card and hope to appeal to my fear (which yes, is still there some days).

What they don’t seem to get is that it has always been dangerous.

Is it even more so than before?

Does that mean cops should give up and that no one new should go through training?

The people who understand, or at least say they do, often ask why I want to join the force. The answer is simple: I can think of very few people I admire more than police officers. They put their lives on the line every day in an effort to protect people (even the ones who hate them).

They get mocked, and spit at, and bullied relentlessly by cop-haters and yet they grin and bear it because they know that for every critic there’s a victim thanking them for bringing an offender to justice.

I admire them because they are the most selfless people I know.

I don’t want to be a cop for the glory. (I know that they see little of that.)

I want to be a cop because this world is in desperate need of saving, and I honestly believe that God has placed me in it to help.

I don’t expect to change the world. But if I can change just one person’s life for the better, and show them God’s love in a world so full of violence and hatred, I would call that a good day.

That’s why I want to be a cop.

For those of you who think I’m crazy, well I never said I wasn’t.

For those of you who think it’s too dangerous, remember that life itself is dangerous, I’m just embracing it.

For those of you who tell me I could die, well, we all die some time.

And for those of you saying, why do it when you know how much hatred you’ll get?

Well, Jesus got an unending amount of hatred and yet He stayed the course and saved everyone, I think I can manage a little spit if that’s what God is calling me to.