Why 'The Notebook' Is Not Relationship Goals

Why 'The Notebook' Is Not Relationship Goals 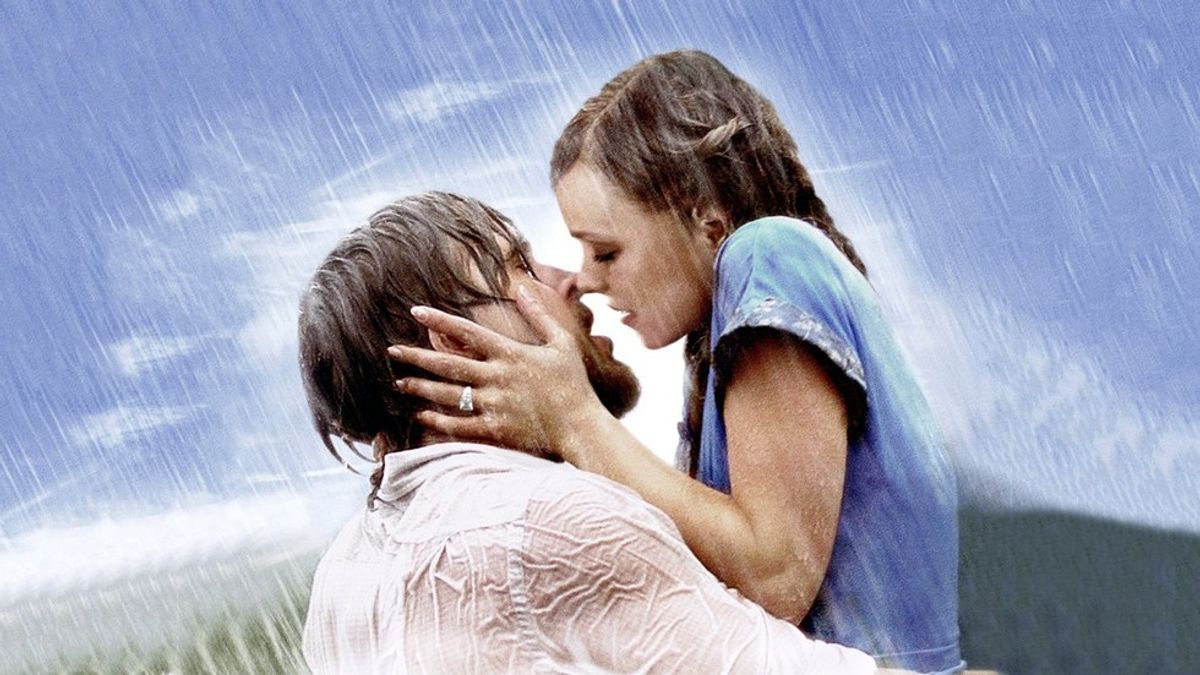 Imagine a man invades your personal space, asks you out, and you say no. He follows you and asks you again, twice. After three explicit “no”'s, he jumps on the ferris wheel you are on, asks you out three more times, again ignoring your disinterest, then threatens to kill himself unless you say you’ll date him. Just saying yes is not enough: unless you say the full sentence, “Yes, I want to go on a date with you!" he says he will jump off the wheel to certain death. I’d imagine most girls would be uncomfortable, if not horrified by this, and rightfully so. Yet this is the beginning of a movie often called the love story of our time.

The relationship between Allie and Noah in "The Notebook" only gets more problematic from there. The narrator says that they “rarely agree on anything” and “fought all the time.” During these fights, Allie physically hits and forcibly shoves Noah. They scream at each other. They call each other names. Noah calls her a “pain-in-the-ass” and says he’s “not afraid to hurt her feelings.” These arguments are minimized by Allie as “just a fight” and justified by being “crazy about each other.” Both excuses are eerily similar to the reasons why people stay in abusive or toxic relationships: the abuse becomes normalized and therefore minimized, and because they believe they are in love.

Yet, despite the disrespect, harassment, and manipulation that began the relationship and the emotionally and physically abusive behaviors of both Allie and Noah, this movie continues to top lists of the best romance movies of all time. Allie and Noah are often referred to as “relationship goals” and tweets like “Still waiting for my Noah Calhoun” seem to always be on my twitter feed.

It makes sense that people like "The Notebook:" movies are made to make the viewer feel a certain way, and the directors want the viewers to like Allie and Noah. The rain, the letters, and the passion they have for each other draw us in. But we should ask ourselves, if our friend was in this relationship would we feel the same way? If a friend said that their partner hits them, said they don’t value their feelings, or that they get in yelling fights every day, would we really look up to them and call it true love? Probably not. We’d probably tell them to leave.

The desire for excitement and passion in a relationship is completely understandable. However, too often movies like "The Notebook" wrap up a toxic relationship in a guise of passion and true love. Since movies like this help form people’s perception of what romantic relationships should be, glamorizing these unhealthy and abusive behavior stops being innocent entertainment and becomes a dangerous influence. So if we really want to have a fictional couple be our relationship goals, can we at least pick a better one?