Why We Still Need To Be Talking About Donald Trump
Odyssey

Why We Still Need To Be Talking About Donald Trump 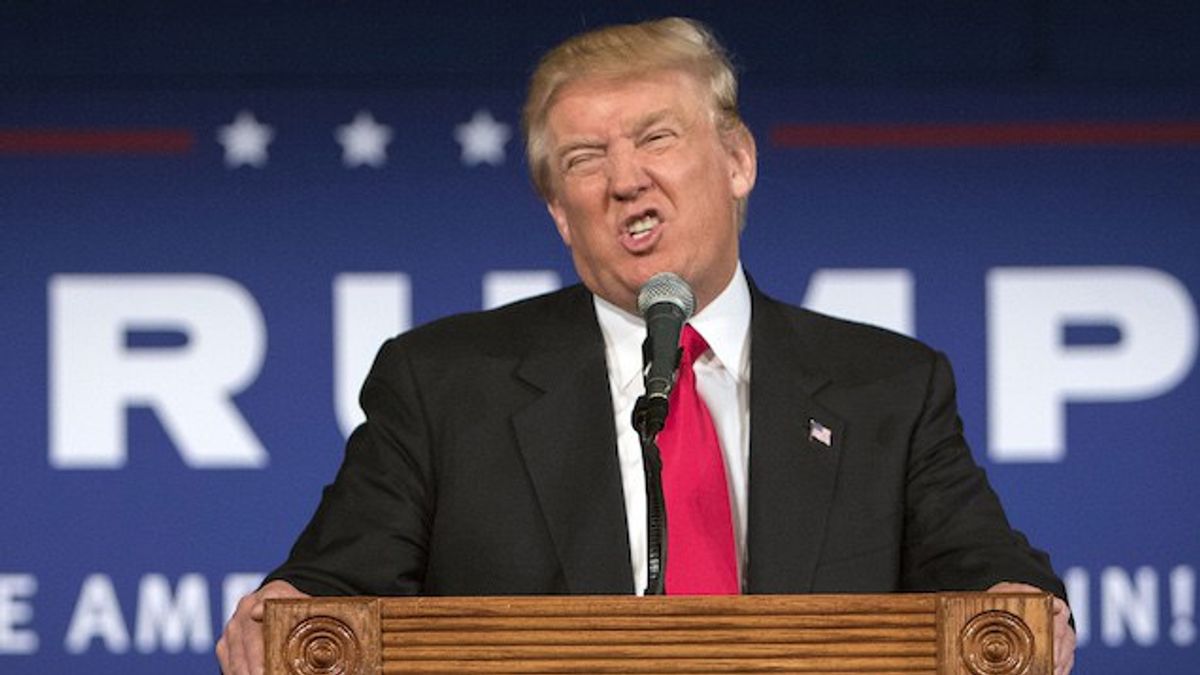 If you're a Trump supporter, you should stop reading now. You should probably consider reading this, this, or even this. If you support literally anybody else besides Donald Trump because you've recognized how eerily similar he is to a certain dictator from 20th century Germany (clue: his name rhymes with Tadolf Ditler), read on.

Now, you're probably considering stopping again. "I know Trump is racist, sexist, and ridiculous," you might be thinking. "I've heard about his crazy plan to build a wall along the Mexican border. I know he doesn't believe in climate change. Everyone's already talked about how he has been extremely sexist towards women." You've heard it all already; Trump doesn't surprise you anymore. You don't need to read another article about Trump's crazy ideas to remind you that you're making the right decision by voting for a different candidate.

If your life is anything like mine, you don't know any real Trump supporters. Any of your friends, in real life or on Facebook, that say they support Trump are probably saying it ironically. You don't know or are close to an actual person who stands behind Trump and his values.

That makes it easy to put Trump aside. To dismiss him as "that crazy demagogue" and scoff every time you hear about yet another insulting tweet, another racist declaration, another unrealistic idea he has about the way the country should be run.

But you have to fight that urge. Yes, he is racist. Yes, he is sexist. Yes, he is ignorant and demagogical and power-hungry. But he has also convinced millions of American citizens that he is the best option for the Republican party and for this country. Even if you don't believe he would win in a general election, there are millions of people in this country -- people that could potentially be future classmates, employers, peers -- who proudly stand behind him.

We cannot simply dismiss Trump and his followers as "crazy." We cannot let Trump and his actions become normal. We cannot let ourselves live in a world where demagoguery and discrimination are expected from, not condemned by, potential leaders of the country.

The next time you read another headline about Trump’s newest atrocity, or the next time you hear someone talking about how crazy he is, pay attention. Ask yourself how a man like Donald Trump could have possibly gotten so much support from the American people, how the state of affairs in this country could have come to a point where millions of people believe that things like sexism, walls, and even murder are legitimate options to “make America great again."