Why We Write
Odyssey 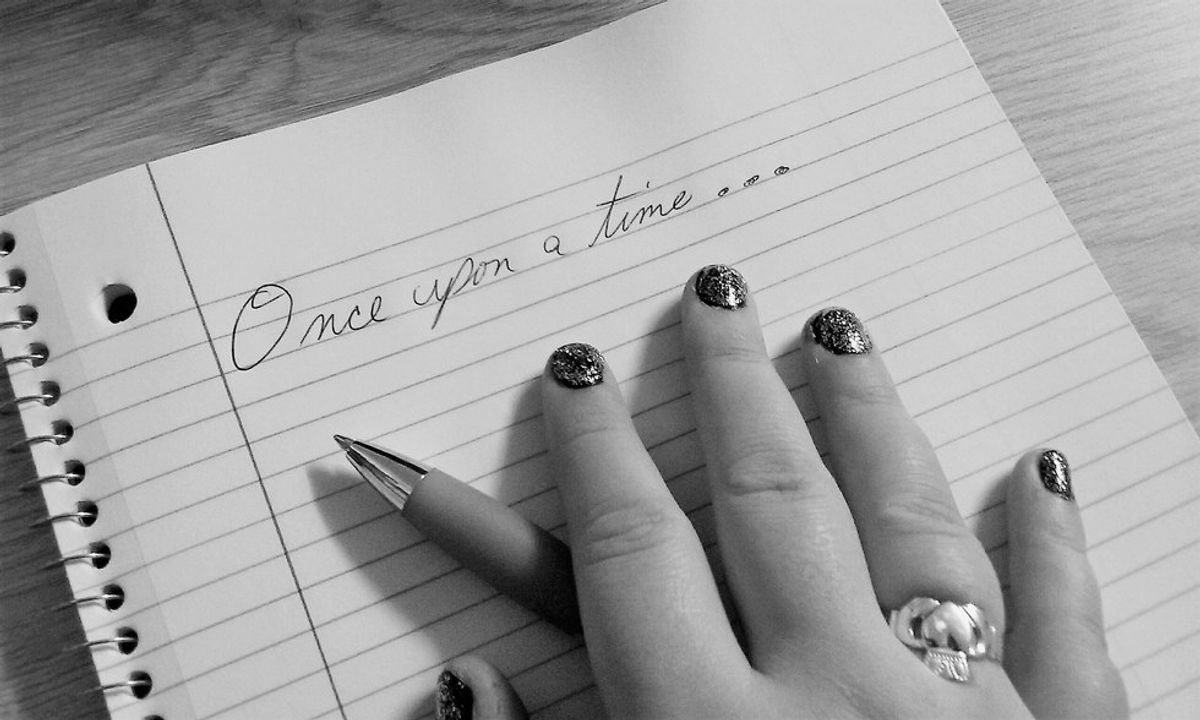 I've considered myself a writer for a very long time now. I have friends who are also writers, and obviously we write for the Odyssey. We all love being writers, and putting words on paper. Granted, there are those times when writing is like torture, having to forcibly pull the words out of yourself like individual splinters, hoping to make even the most poorly-made chair, just something on which to rest. There are times when that perfect idea just flies away as soon as it comes, leaving you frustrated and screaming into the void. Sometimes it's something as simple as trying to find that one right word, the perfect word that you know exists, but it refuses to be found.

Fact is, writing is hard. It's really, really hard. Some people treat writing like it's this little hobby you can just pick up and put down at will. Whenever they have a scrap of free time, I hear them say, "Maybe I'll start that novel I've been meaning to write." They act like starting a novel is as simple as sitting down and starting it. And sometimes it is. But then you realize that the plot makes no sense, and those characters you saw so well in your head are flat and lifeless on paper, and nothing seems to be going like you wanted it to, and you begin to spiral into that frenzy of hours/days/weeks/months/years spent worldbuilding, plotting, planning, rewriting, revising, ruthlesslly cutting and pasting and reworking until, eventually, maybe, if you're lucky, you might have something that resembles a book.

So, the question is this: why do we do it? Why do those of us who call ourselves writers even bother? Why do we put ourselves through this sometimes painful process, tearing our hair out and our spirits to shreds, just on the off chance that we'll actually write something good?

Because we love it.

We really do. I love the feeling of starting a new project. The excitement of entering a new frame of mind, a new story, is intoxicating, and for a while it's fun and beautiful and all the things writing should be. The hardest part is working past that initial slump of, "Well damn, this is less fun to write than it used to be." The key is getting past that point.

And then the next point that will inevitably come after that.

And the next one after that.

Truth is, moments like that will crop up everywhere in the writing process. Some days, you'll find yourself writing entire chapters at a time, so immersed in your project you might forget that the outside world even exists. Some days will be the exact opposite, where you can't even make yourself sit down at the computer or in front of your notebook. You can't even look at it, you're that sick of its existence.

But honestly, writing is still the best feeling. It's the feeling of creation, of making something new. And it's yours. It wouldn't exist without you. And the feeling of getting your ideas out and into words that actually make even a little sense? *sigh* It's magic.

Because, in the end, that's what writing is. It's translating the thoughts and ideas that are swarming, swimming, flying around inside your head into words. It's relieving that pressure in your chest after a bad day, it's getting rid of that pounding in your head, or that ache in your back. It's being able to take the first deep, refreshing breath you've taken in who knows how long. It's difficult, sometimes painful, and definitely not easy. But at the end of the day, when the words are there, ready to be seen and made sense of, you can smile, and, for a short second, believe that maybe...

things aren't all that bad, after all.

I mean, if you can survive the torture of writing, you can do anything, right?

So next time you read something somebody has written, something that obviously has some thought put into it, or even something that just seems fun and silly, remember that there is a writer behind that who sometimes suffers through the worst kinds of creative torture.

But ask any of them, and I can almost guarantee you they will never say they regret it.

Because they're a writer. And that's what we do.