Why Opposite Sex Friendships Don't Work 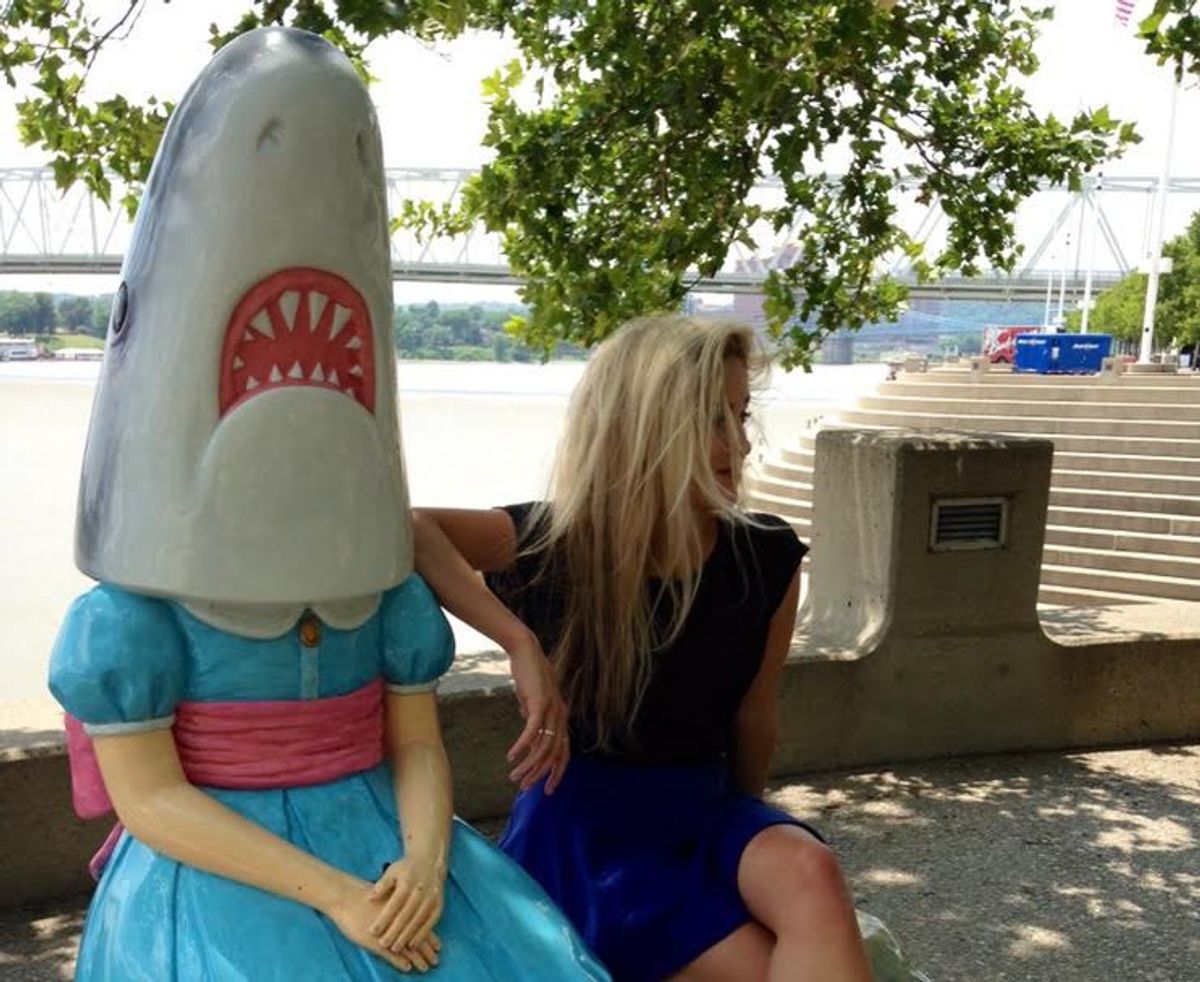 Everyone has heard the story before. Boy meets girl, girl meets boy—and something clicks. Before either one is even fully aware of what’s happening, flirtatious texts are flying, plans are forming, expectations are rising, and the heart-eye Emoji is being sent back and forth way too uncomfortably often.

But, what if a romantic relationship isn’t the desired path? What if both parties choose to stay in the friend zone? When the two of you go out to sushi, he doesn’t pay or even offer to buy you a drink—sorry ‘bout your luck, bank account. When he invites you over for a “Netflix Night” you actually watch Netflix. Whoa. You listen to his girl problems, and in return you tell him about a recent disastrous blind date where you didn’t realize that your blouse was half-way unbuttoned for two hours and everyone could see your lavender lace bra (I mean, when you pay $50 per bra, I guess it’s fine if someone gets to see it every once in awhile).

In a friendship like this, there’s no romance, no sexual tension, no butterflies... At least, that’s the way a purely platonic relationship is supposed to be. Except with a boy, it's also an opposite sex friendship. And they never work out, at least for me or for most girls I know. Why? Because males are hormone hampered, sex obsessed, f@#ckboys--and it turns out that the friend zone is a very blurry place.

I’m not allergic to men. I don’t dislike men. In fact, I love men. I’m currently dating a super great one. He buys me flowers, makes me food when I’m hungry, resembles McDreamy from “Grey's Anatomy”, and binge-watches Netflix with me for hours at a time—all key components of a solid relationship, clearly.

I think guys are fun to be around and I wouldn’t mind developing new male friendships for the well being of my social life. But there’s one problem: they don't work.

Every male friend I’ve ever had has always wanted something more at some point in our friendship.

Over the course of my young adulthood, all of my opposite sex friendships have slowly crashed and burned over time, or self-destructed before they even had a chance to begin. The friend-zone can be a fuzzy place, and sometimes things are misunderstood and misinterpreted. Maybe it should be called the mystery-zone.

This makes opposite sex friendships pretty awkward, unbalanced, and most of all—unpredictable.

I know what you’re thinking. Why am I dumping all of the blame on the guy? Are there exceptions? Sure. Not all males make bad guy friends and just because your friend has a penis doesn’t necessarily mean he wants to use it on you. Girls get misread signals and overstep their boundaries, too. This is a two-way street.

As I wrote this article, I made a list of every guy I’ve ever considered a friend. Let me mention that this list was by far shorter than the number of female friends I've had. But I was a late bloomer and basically afraid of talking to boys until junior year of high school. Having an overprotective Lebanese father also probably had something to do with this.

Maybe we should first define the term “friend." In my opinion, a friend is an individual whom you meet and a certain connection or pleasant spark is felt. You both recognize this bond, whether it’s because of a shared taste in music, similar backgrounds, or a common interest in people-watching and pizza-eating. As friends, you go out of your way to spend time together and openly admit that you actually enjoy each other’s company. Your friend, amazingly, doesn’t annoy you as much as the rest of the human population.

The truth is, the fact that opposite sex friendships are hard to maintain isn’t anyone’s fault. It’s science’s fault. There’s an invisible chemistry going on within our friendships that we don’t have control of, and aren’t even aware of, until we’re too far gone. Trying to figure out why you hugged Suzie a little too long and didn’t want to let go? Blame the intense power of pheromones. Confused as to why you wanted to kiss Joe after you helped him pick out a present for his girlfriend? Blame your raging hormones.

Hopefully the failure of opposite sex friendships is only because of these hormones, and because of our youth. Maybe in time things will get better, and the drama of male-female friendships still won’t be wreaking havoc in our lives while we’re trying to enjoy a game of chess and cup of tea in our nursing homes.

Caitlin Marie Grimes
University of South Florida
3364
Beyond The States