Why 'My Neighbor Totoro' is an Amazing Movie
Odyssey
CurrentlySwoonLifestyleHealth & WellnessStudent LifeContent InspirationEntertainmentPolitics and ActivismSportsAdulting
About usAdvertiseTermsPrivacyDMCAContact us
® 2023 ODYSSEY
Welcome back
Sign in to comment to your favorite stories, participate in your community and interact with your friends
or
LOG IN WITH FACEBOOK
No account? Create one
Start writing a post
Entertainment

Why 'My Neighbor Totoro' is an Amazing Movie 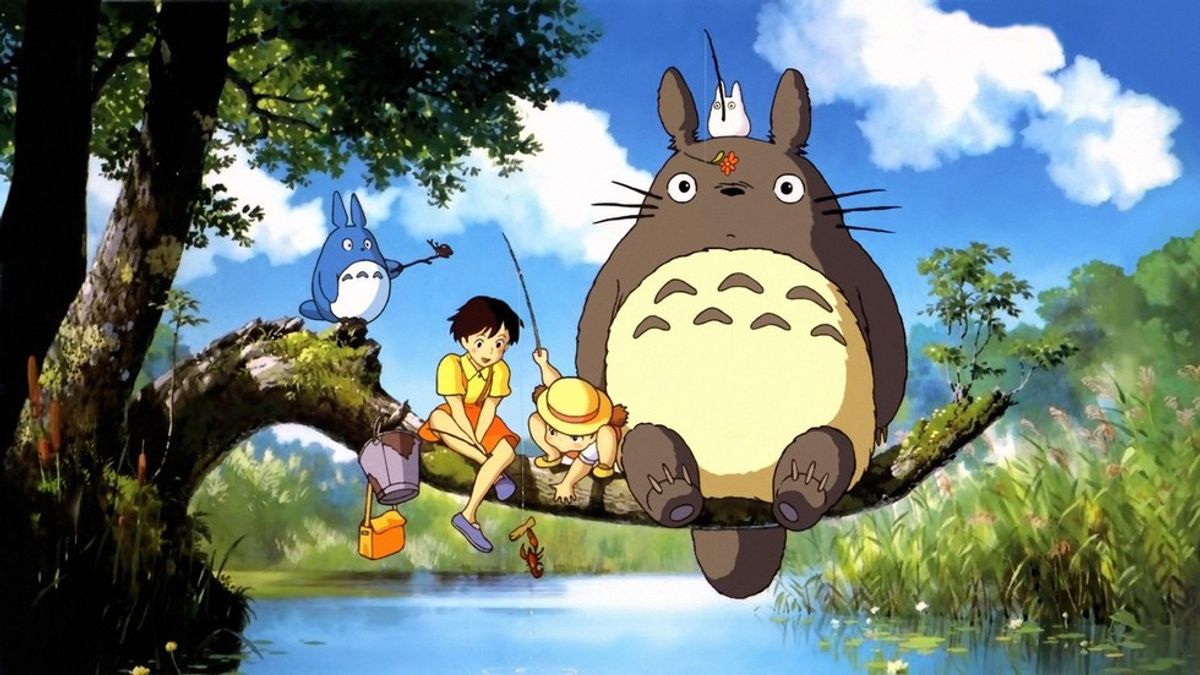 I can't believe I got to be almost twenty-years old before I saw My Neighbor Totoro for the first time, but I'm so glad I did. (Although, it's important that I mention I believe you're never too old for most Disney and Studio Ghibli films.) It is an amazing, imaginative story and is now one of my favorite films. The whole mystical essence this film emits is a major reason why I fell in love with this movie (as well as other Studio Ghibli films). It is also filled with crazy original ideas. For example, I've never heard of a "dirt goblin" before (those adorable little spiky black balls with eyes that scurry around empty houses). And a super fast, magical cat bus with way more legs than a normal cat has? It's so amazingly creative, my first impression when I saw the cat bus was "dang, were they tripping on acid when they made this?" but in the best possible way. Some parts of the movie I caught myself with the silliest, open-mouth smile because it was just so dang whimsical. One of these parts was when the little forest spirit friends of Totoro, Mei and Satsuki all jumped onto Totoro's front and he took them on a ride on his magical spinning top up the tree they just summoned up from the ground through some kind of a tree growing dance. It sounds so ridiculous but that is why I love it. Also, the facial expressions of Totoro and the other characters added to the entertainment factor. How could you not at least want to smile while you see those huge, toothy, charismatic smiles of Totoro and the Cat Bus.

There are a few similarities to Alice in Wonderland in My Neighbor Totoro, which brought up the question if one was inspired by one or the other, or if it is merely coincidence (as creative writers and artists rarely have entirely original ideas, most are based off of existing concepts which they creatively mold into their own story). This could be possible, as Hayao Miyazaki is known to be an admirer of Walt Disney, and some even call him the Walt Disney of Japan. One specific similarity to Alice in Wonderland in My Neighbor Totoro was when Mei saw one of the small, mysterious forest spirits running along the ground, which she followed as it ran through a tunnel where Mei fell down a hole into Totoro's tree home. This is much like how Alice followed the white rabbit and fell down the rabbit hole, which was also by a tree. However, from then on the movies went in entirely different directions. While these two amazing movies share similar concepts, they are still greatly unique in their plot and characters.

An important thing I want to note is the nature of the ending. My first thought when the movie ended and the credits came on was that I wanted it to be longer, or that there had to be a second part. However, as I was pondering how the movie ended, I began to appreciate the fact that it is an open-ended movie. This movie is definitely sad, but with it being open-ended, the fate of the mother and the family is left up to the audience. Basically, if you want it to be a happy ending, you can imagine it so, but if you want a more tragic story, there is also enough leeway to go in that direction as well. This is a very clever way to tell a fantasy story. It inspires the watchers to use their own imagination to decide what happens next. I had heard that this movie was sad, so I came into it ready for someone to die, but I didn't want any of them to, because I fell in love with each of the characters who were primarily involved in the story line. They are just that great of characters.

If you haven't seen this movie, and you like things that are way out of the ordinary, I highly recommend you give this movie a watch.