Why Matt Lauer is Different
Odyssey

Why Matt Lauer is Different

"Matt Lauer is different from the other men accused, because we trusted him." 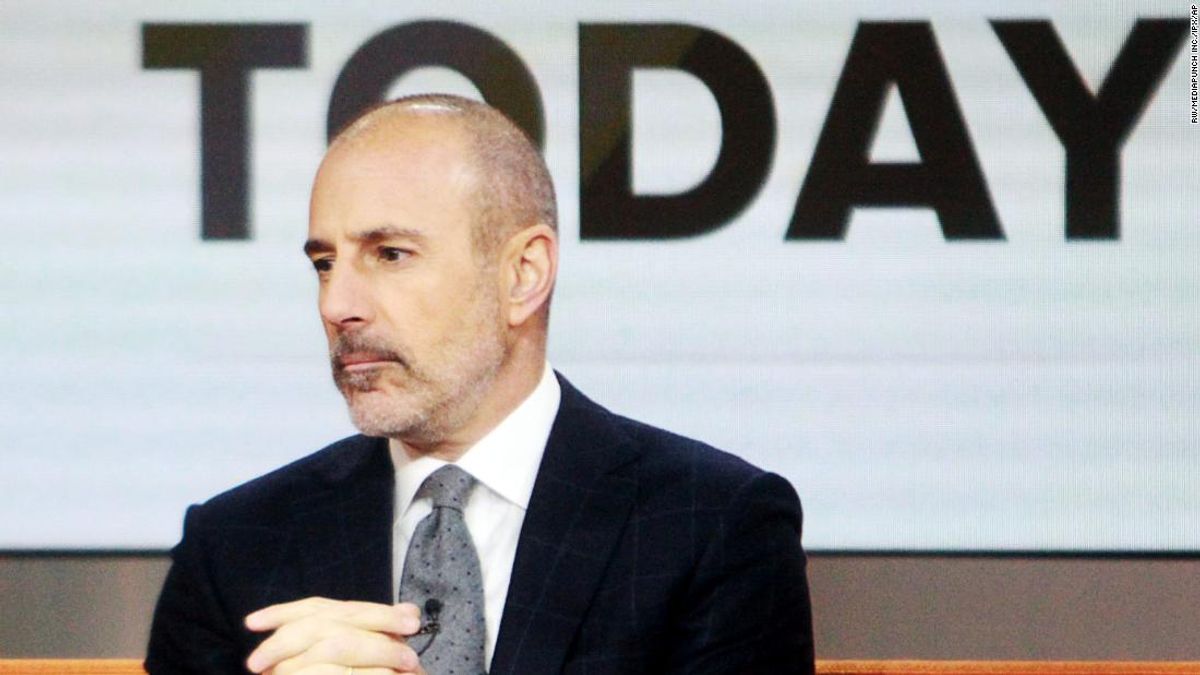 I've seen and heard some really interesting feedback on the sexual harassment and sexual assault accusations over the last few weeks.

People say things like, "Well, if that's true, why didn't they come out sooner?" My response to that is, who says they didn't try to say something sooner? Often, especially at the beginning of their career, people evaluate the way in which accusing a coworker or superior might impact their future. Even worse, sometimes even when people do come forward, their accusations are treated as frivolous, irrelevant, spiteful, or simply not being credible. And the very fact that people qualify their question with, "Well, if that's true..." reinforces the idea that sexual harassment and assault remain something to be doubted and questioned when reported. Harassment and assault can and must be treated as seriously as any other crime. Yes, the accused may be "innocent until proven guilty", but that still implies that someone is looking for the proof. Accusations cannot be discounted as false simply because they are inconvenient for the accused.

Another response that has baffled me is, "It's hard to say who will be next. Honestly, anyone could be next. I bet men in Hollywood feel very insecure right now." It seems simple to predict whether you will be next or not. Have you sexually harassed or assaulted someone? No? Good, then you're safe. That's that.

I feel like I've come to expect this from people in media to some extent, and accusations haven't surprised me too much in most cases so far. A lot of people seem to feel the same way. A few weeks ago, an article circulated that said "Another Woman Accuses Tom Hanks..." and then opened with the line "...of being too nice." This was awesome clickbait, and understandably the Internet freaked out. But, other than that falsified news story, none of the accusations were shocking to me.

This is a man I've grown up with. Literally. He started hosting the Macy's Day Parade in 1998, just four months after I was born. This is someone who tells dad jokes on national television, who I have, on more than one occasion, rolled my eyes at for cheesiness. He's someone I have trusted with the news, someone I've trusted with the humor, and someone I've trusted with the holidays. He's someone who, just one week ago, I watched on national television during a broadcast of the Macy's Day Parade with my family. My six-year-old cousin and I laughed because his earmuffs were falling off at one point. He's a household name, and, until very recently, seemed like a pretty run of the mill, acceptable household figure.

Matt Lauer is different from the other men accused because we trusted him.

I don't like surprises (except maybe surprise parties). I'm Type A to my very core. I like plans I can stick to, I like knowing where I stand with people, and I like shortcuts for understanding who people are.

Matt Lauer's whole demeanor seemed like one big shortcut to "good guy". I don't think I'm alone in saying this: he did not strike me as someone who would engage in sexual misconduct in the workplace. So I feel gypped. We all feel gypped, somehow.

I don't know very many people who haven't welcomed Matt Lauer into their home at some point in the last 19 years via the television on Thanksgiving morning. Even the FRIENDS cast watched the Macy's Day Parade after Matt Lauer began to host it.

We got to know him. We associated him with a lot of happy things. We let him be a part of our lives in a way that we typically don't allow people on television to be.

I guess what I'm trying to say is that I'm disappointed; I don't even think that's a strong enough word. I don't think I'm alone in this. We can do better. A lot better.

NBC says they're going to ramp up their sexual harassment training. I'll preface this by saying I don't have a better solution, but it seems to me that it should be common sense not to sexually harass someone. Or better still, not to harass someone at all. If that's not common sense to you, I don't know how much sexual harassment training can really help the issue. I also don't think I want you in my workplace, or nearby me anywhere else.

What I know we certainly can do is continue to avoid validating this sort of behavior. Sexual harassment in the workplace (or anywhere else for that matter) cannot be tolerated in any instance. Even when it's someone we want to trust.