Why Marriage Is Two-Sided

Equal effort on both sides is what's necessary for a successful relationship. 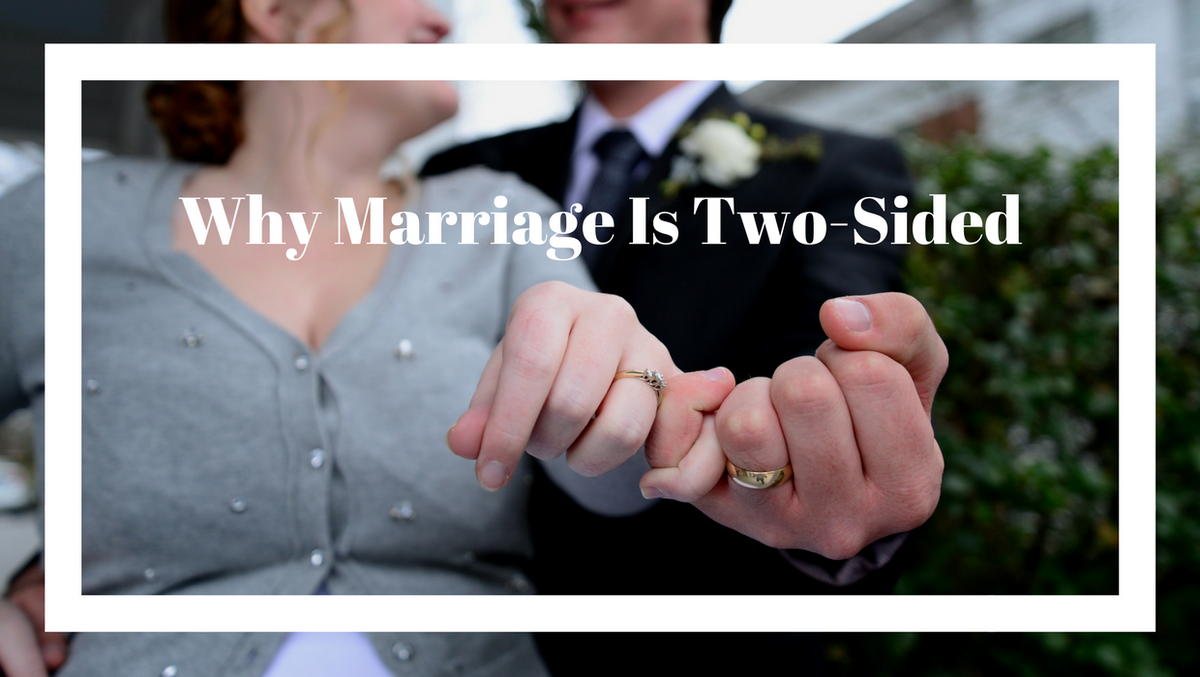 My husband and I just celebrated our second year of marriage and seven years of being together, so I have some knowledge on relationships.

[I would like to pause and say that while staying with one person this long and making it work IS an accomplishment, simply getting married ISN'T.]

One thing that I've learned in seven years of being with the same person successfully-- married (and living together) for two, and parenting a little girl for nigh on 18 months --is that relationships are two-sided.

What I mean by that is there needs to be equal effort, equal commitment, equal romancing.

A lot of women (I say this knowing full well that there are always exceptions to the rule and times are always changing) have the subconscious expectation that the man is the one who needs to woo and make gestures like bringing home flowers on a whim, etc. Yet that's hardly fair.

For starters, the idea that men need to woo women comes from the archaic practice of women being dependent on men for everything, including (and perhaps especially) their happiness. Granted, in history, more often than not, women led miserable lives due to the ill-hand they had been dealt by the men in their lives, be it their fathers or later their husbands, or sometimes even later their brothers/in-law.

A) you should try to make yourself happy, by taking cooking classes or doing yoga or what-have-you,

B) you should depend on friends for some things as well, since we all have gal friends for this reason anyway,

C) you shouldn't look to your spouse to produce a rainbow of good luck and job promotions and chocolate just because that's what mainstream media and the Hallmark want you to believe on Valentine's Day.

And your spouse will thank you for this, making them happier. And once you're both happy people-- voila! --you'll be a happy couple.