Why It Is Important For College Students To Vote
Odyssey
CurrentlySwoonLifestyleHealth & WellnessStudent LifeContent InspirationEntertainmentPolitics and ActivismSportsAdulting
About usAdvertiseTermsPrivacyDMCAContact us
® 2023 ODYSSEY
Welcome back
Sign in to comment to your favorite stories, participate in your community and interact with your friends
or
LOG IN WITH FACEBOOK
No account? Create one
Start writing a post
Politics and Activism

Why It Is Important For College Students To Vote

Three reasons why a vote from a college student is important. 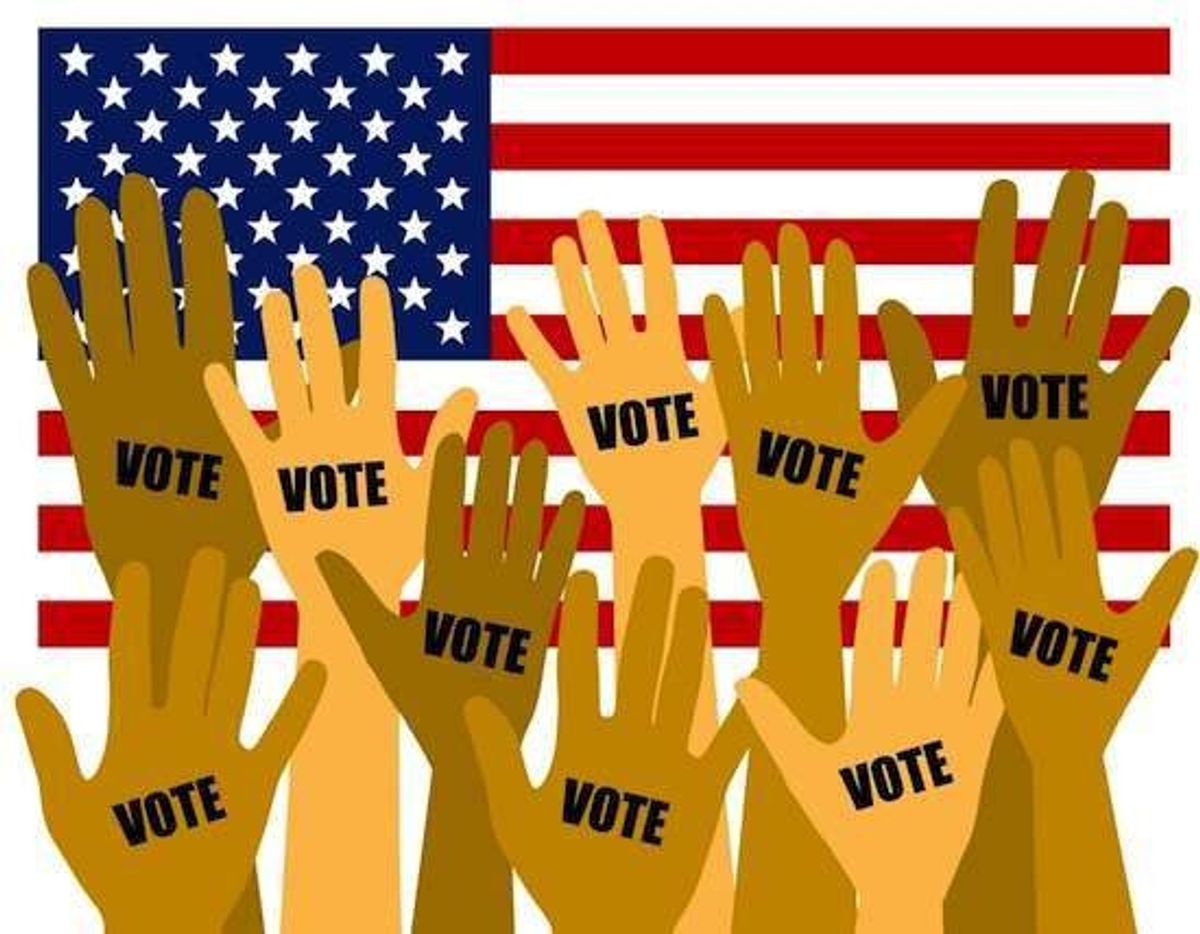 1. You may not care now, but you will later down the road.

It seems that many students do not care if they vote or not. It seems to be a common thought that when voting one is only voting for the person. In reality, though, when you vote you are voting for actions that will be taking later down the road. If there is a presidential candidate that believes interest on student loans should be decreased and he does not win the election, the candidate that wins may not even think student loans is an issue. You may think that this is not an issue now, but once you graduate and have to pay back those loans you are going to wish that you voted for that candidate who wanted to lower loan interest. Voting for a candidate that shares the same views as you increase your chances for a better life once you graduate. If you think that not voting isn't going to affect you now, think about how it might affect you in four years. As people say, if you don't vote then you don't get the right to complain.

2. Young adults/college students can be a powerful force.

If all college students voted then they would make up twenty percent of the voting population. Twenty percent is enough to sway an election. Everybody, no matter what age, has an opinion on current issues, and young adults can voice their opinions through the power of voting. No college student wants to be paying off loans well into adulthood, so if a majority of college students voted they wouldn't have to be. Presidential candidates know how powerful young adults can be, which is why they make sure to reach out to students and try to win them over. Bernie Sanders wouldn't be doing so well if it wasn't for the college students that support him. College students hold a lot of power in the way elections will go, but that is only if they vote. Recently, Sanders did not do so well in the primary because his supporters, many who are college students, did not vote. This just goes to show that students who do follow a certain candidate need to vote in order for their support to actually be carried out.

Sure this your parents' future as well, but it is mostly yours. What is decided now will affect the future of everyone, even in the next ten years? Any decision made by a president in their term has an effect, whether it be good or bad. Older Americans ages 45 and older, are the most likely to vote in an upcoming election, and they hold the highest percentage of people who will vote. It is a known fact that the older generations see the world differently than college students. Many adults think that there are things that should not be changed while the younger generations can see what will happen if nothing is changed. We are the next generation, and if you don't like the way things are being decided, then vote. The only way to get your opinions out there is to vote for that thing you have an opinion about. Go out there and help determine the future that you want to be a part of by voting.

When it comes down to it, everyone should vote. One vote can change a single outcome, and if that one vote is all it takes to make a difference in this country think about what thousands of votes can do. Voting is a right not many people get to have in this world. College students and young adults in America are lucky to live in a country where they can have a say in how the government is run whether it be at the state level or at the national level. Voting is important, so get out there and register to vote.