How To Register To Vote In America
currently

To make a difference, we've all got to get to work right now. 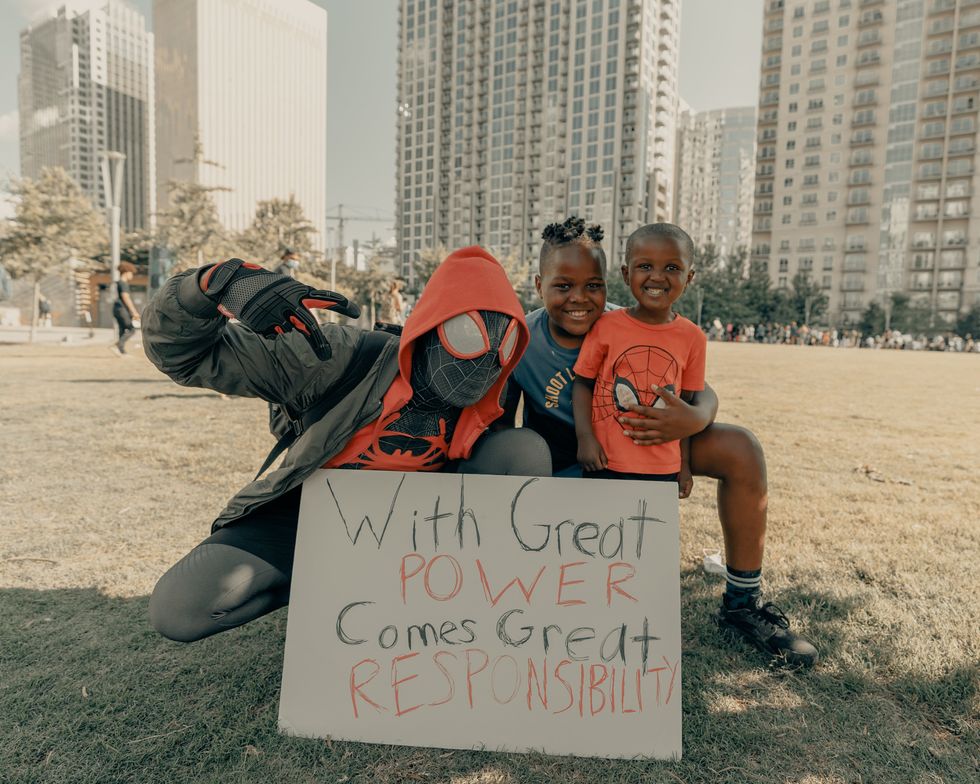 Disclaimer: I'm not a civil servant, and my advice is just that: mine.

Over the last week, America has erupted in protest following the death of "gentle giant" George Floyd in Minneapolis. His death at the hands of police has become all too familiar, as is the inaction, inequality, and lack of accountability within the U.S. justice system.

Protests draw attention to the issues we so desperately call for change in, but attention isn't enough. Yesterday, in an essay for Medium, former President Barack Obama wrote that to bring about justice, "aspirations have to be translated into specific laws and institutional practices" — we do this by electing responsive and responsible government officials.

While voting for presidents and Congressional delegates does create change, the true power to combat racial bias lies in our local governments. Despairingly, though, most of us pay far less attention to our lesser-known elections and officials.

Here's how you can contact your current officials to encourage legislative action, and how you can inform yourself about your local elections this November. These two indescribably powerful actions are the key to seeking justice for all the lives we've lost and to preventing anything so horrific again.

Learn who your local officials are.

We all know who the president is, and you probably know who your senators are. But beyond federal government officials, I'm willing to bet you're not sure who your state has elected as attorney general, as circuit court judges, or as state representatives.

To learn who governs on your behalf, visit Common Cause, a nonpartisan grassroots organization committed to upholding democracy through education. Here, you can find your state and local representatives — take note, because this is only the beginning of the research you'll need to do before Election Day.

Make sure you know who serves in each of the following positions:

Contact your local officials and find their position on racial injustices.

It's often difficult to find a local candidate's stance on prescient issues. While newspapers might report on more well-known candidates and what they've done to fight racial injustice or to support marginalized communities, local elections receive much less comparative coverage.

Take the responsibility to educate yourself into your own hands: write, email, or call the officials currently in office and learn whether they're truly working for your community's benefit.

Here's a breakdown of what to say to your officials:

These are only examples, of course. Personalize your dialogue by addressing issues relevant to your community (for example, in my community, I'm asking for information about a rash of KKK propaganda that's suddenly appeared in public places and local mailboxes). Ask about issues that matter to you and your community.

Now that you understand who's currently serving your community, explore the candidates running for these positions in November.

Visit Ballotpedia to find a sample ballot for your federal, state, and local elections. Then, work to understand each candidate's history, qualifications, and any statements they've made concerning how to combat racism in your community.

Again, to fully understand how your vote will impact this issue, contact your 2020 candidates and ask questions about their plans, their accountability, and their stances.

Campaign for candidates who represent your views.

Truly creating change calls for you to spread your voice and your views. Your vote is powerful, but educating and inspiring others to vote for change is monumental — especially in local races that are decided by a few hundred votes.

Reach out to the candidates who inspire you and see how you can volunteer for their campaign.

Adorn your lawn with endorsement signs.

Spread awareness on social media — show your peers why you believe in your candidate's ability to fight for what's right.

Find and engage with community leaders who have wider platforms and stronger influence.

Voters' viewpoints may be set in stone for federal elections, but in state and local races, we're often uninformed and open to conversation. Take advantage of your platform — on social media, as a writer, or simply as a peer — and change minds for the better.

Let's not underestimate the power of civil discourse: voting for transparency, accountability, and justice is our most direct avenue to a better future.