Why Intersectional Feminism Is So Important
Odyssey

Why Intersectional Feminism Is So Important

If it isn't intersectional, it isn't feminism. 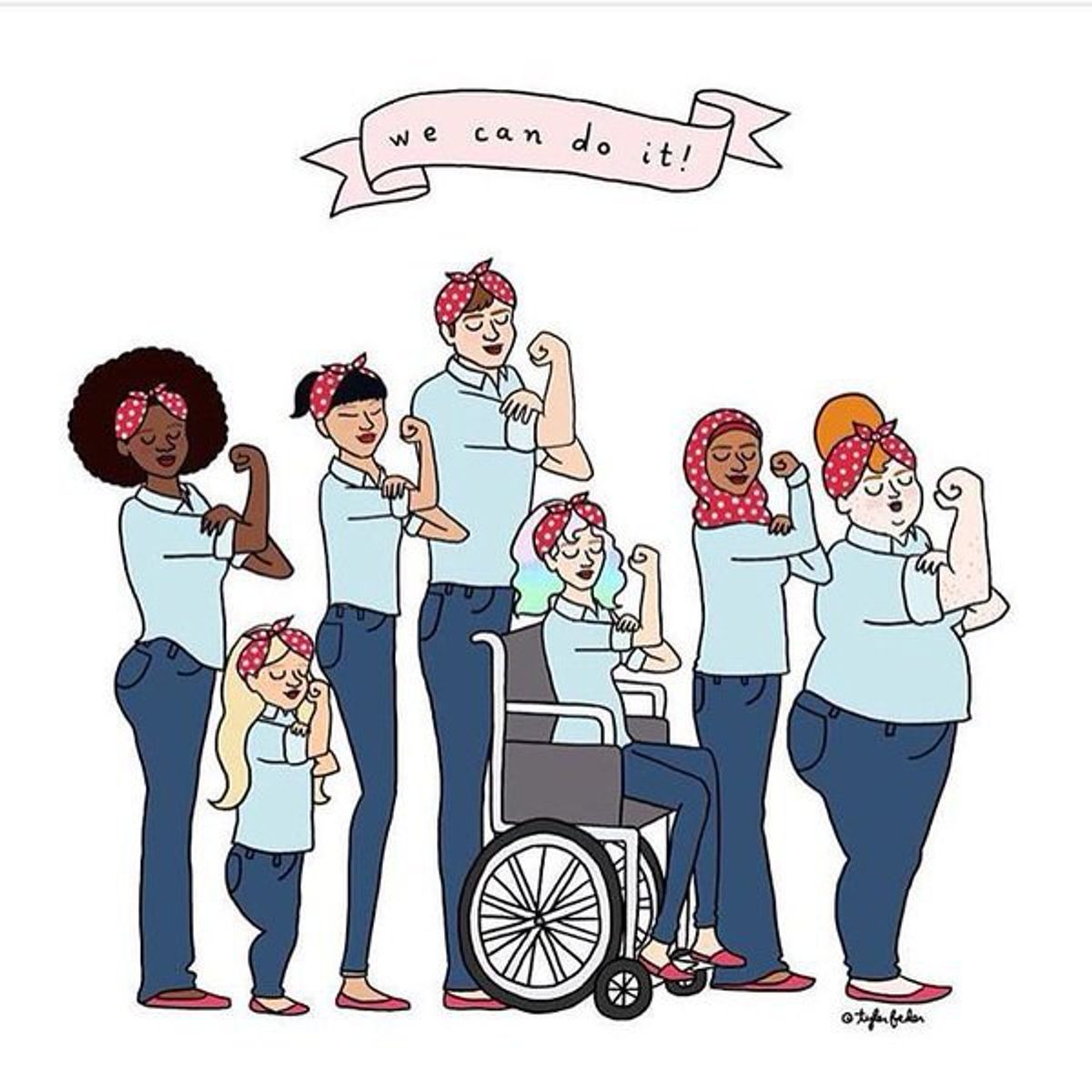 Feminism itself is such an intricate movement and for some reason, there are tons of people who think that feminism and feminists are ignorant. I mean, the definition of feminism is the movement for political, social, and economic equality of the sexes (and yes, that includes intersex as well, which seems to be left of a lot). I don't think that's an outrageous request, considering that people are discriminated against and even killed for parts of their identity that they cannot control. Feminism, however, does have flaws when it comes to fighting for the rights of everyone. Countless groups of people are left out or forgotten when it comes to activism, so that's where intersectionality comes in. Intersectionality refers to the interconnectedness of social categories such as race, class, gender, and socioeconomic status.

The reason why intersectional feminism is so important because it aims to include all groups in the movement for equality. Some feminists only focus getting equality for certain groups, specifically white people. For example, when someone says that people should be allowed to wear whatever they mean, that should mean Muslims wearing hijabs, Hindus wearing bindis, and men wearing makeup and dresses, not just white girls wearing short skirts. And while yes, it is important for all people regardless of color or background to wear whatever the hell they please, it shouldn't be restricted to just one group. You shouldn't be praising white girls for being bold for wearing a low cut shirt, yet criticize an Indian woman for wearing her cultural dress. You shouldn't be praising white girls for wearing sweatpants out in public, yet ostracize a man for wearing a turban. And this goes far beyond clothing. This includes religion, race, culture, background, sexual orientation, (dis)ability, and everything else in between.

Of course, no one's feminism is perfect because we all have our biases and internalizations, but that doesn't mean we can't have to carry those forever. We have to try to get rid of those biases we hold and aim to include every single minority in our fight for equality. We need to not only educate others, but we need to educate ourselves on what it truly means to be intersectional. We need to be activists for everyone, and if you come from a place of privilege, use that privilege to advocate for those that get silenced and can't speak by themselves alone. At the same time, don't try to make yourself part of a group if you don't belong there. Just because you fight for black lives doesn't mean that you can say the "n" word or adopt black culture if you're not black. Just because you're an ally or an activist doesn't mean that your voice gets to overpower those with the minortiy status, and that doesn't mean that people should listen to you more because you have privilege. You shouldn't drown the voices out of those who are experiencing the hatred and inequality; you should simply stand with those who need it.

Caitlin Marie Grimes
University of South Florida
1344
Beyond The States