Why I Have A Dime Tattooed Onto My Back
Odyssey

Why I Have A Dime Tattooed Onto My Back

For when you cannot quite explain your tattoo in a sentence. 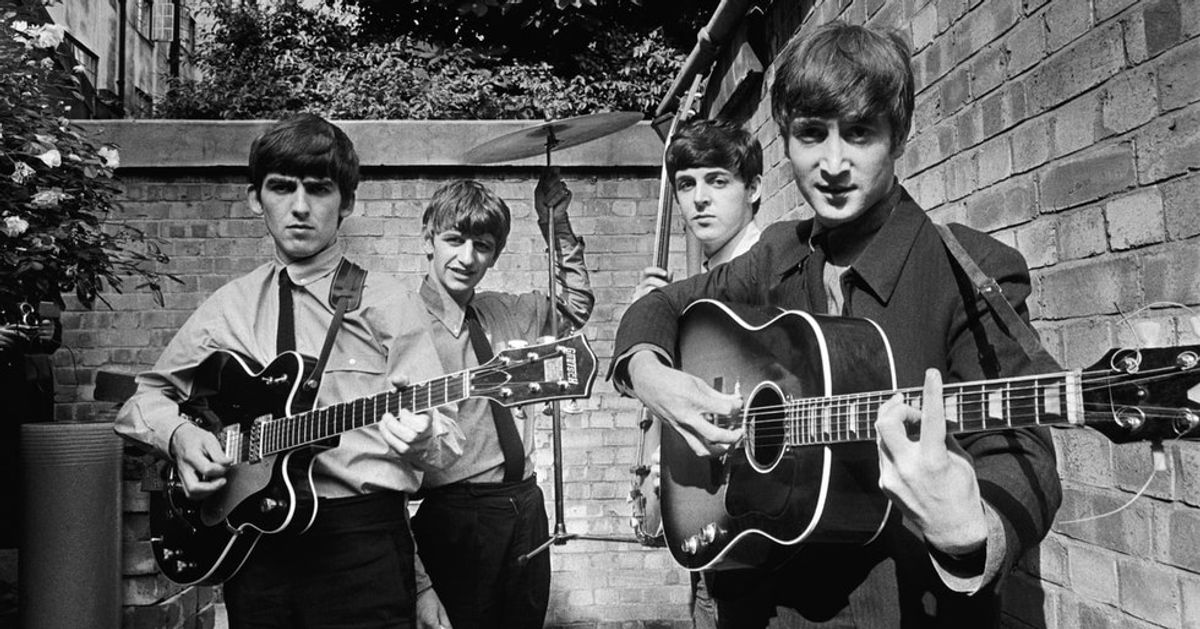 Like many other people in my generation, I am a big fan of tattoos. It is becoming more and more common for people these days to have at least one tattoo somewhere on their body. A tattoo is a way of expressing oneself, and many people do so in many different ways--but that is the beauty of tattoos. I hate the stigma that tattoos still tend to get.

I have a couple tattoos, and I am proud and happy with them. They are able to be hidden, but one is on my back that can be seen depending on what I am wearing. I get asked a lot what my tattoo means, but a lot of the time it is just in passing or it is small talk at a party where they really could probably not care less about the motive of the ink on my body. It is one of those tattoos that has to be explained in detail; it is more of a story. So to anyone who has wondered and not gotten a full answer to anyone who wants to hear a story behind a tattoo, stay tuned. (Even if you don't know what I am talking about, it is a nice story, so you stay tuned as well!)

The day I turned 18, I knew that I wanted to get a tattoo and I knew exactly what I was going to get. I had known for a few years, actually. I was going to get a dime tattooed onto my back, with lyrics from The Beatles' "In My Life" circling around it. With just observing that on my body, it makes sense why people ask what it means. To me, though, your tattoo isn't necessarily for others to see, it is for you. You got it on your body for you, for a reason that you will always know and always cherish. But it's always fun to be able to spark the interest of a conversation about a tattoo and allow them to see it and understand it the way that you do.

In 2010 my grandpa passed away, and just a short year later in 2011 my uncle passed away as well. It was a bit of a rough time for my dad's side of the family. We lost two great men in our lives that were always able to put a smile on my face when I was down. It was in March of 2011 right after my uncle's funeral when my family discovered the first dime.

I cannot even recall where exactly we found it--I had never thought too much about it until later on when my mother reminded me of the symbolism that a dime can hold. It is believed that when you find dimes in random places, it means that a departed loved one is watching over you. I had always remembered hearing that story, but never really having any proof on the matter. However, I was shortly thereafter shown more proof of the story in the most amazing way possible. That next day, I was cleaning my room (which is a very rare occurrence in itself), when I looked at the ground underneath my lamp and something shiny caught my attention. I was taken aback to find three dimes lying there on my floor in a very precise matter. They were set up kind of like a triangle, but to me it resembled more of a crescent, like a smile. I remember screaming down to my mom about it, sketched out that we had literally just talked about the whole dime thing the night before. She smiled and said that Dave, my uncle, must be watching over me.

It sent shivers up and down my spine for a second, but then I was bewildered and amazed by what had just happened. Is that really possible? Can departed loved ones really send messages in ways like this?

Ever since the day where I found the three dimes in my room, my family has continued to find them randomly, way too much to be an "Ah, must've dropped change from my wallet" excuse. It was not just me, either, at that point everyone in my house was finding dimes, and finding them in places that you just would not even imagine. My mom was dusting a mirror in our hallway one day and found a dime teetering on the wooden border. Passing by a window, we found a dime perched next to a little Jesus statue that hangs out on the window sill. We walked in my house through the front door one day and my mom happened to notice out of the corner of her eye a dime laying directly in the middle of the x-foundation that held together a little bench where we stood a full-size mirror. I have found them laying on my pillow some days. The amount of other examples of us finding dimes is endless.

The craziest one was when my sister and I were home alone, procrastinating doing the chores our mom expected us to do before she came home. I had finally dragged myself off of the couch to begin vacuuming the living room while my sister dusted the mantle in our family room. I didn't even have the vacuum on for thirty seconds when I suddenly heard my sister screech (scream? squeal? all of the above?) which sent me running into the room to see what could have possibly caused that noise. She was sprawled out on our couch just looking up at the mantle, duster still in hand. She couldn't even get the words out of her mouth so I went to go see what the dilemma was. On our mantle above our fireplace we have framed photos of us and all of our closest relatives. My sister was dusting the mantle when she must have found a dime.

She had never really been the person to find a dime first, so that in itself I am sure caused her to scream just out of surprise, but where the dime was specifically placed, still to this day, blows my mind. It was tucked under one of the framed photos, the one that just so happened to be a picture of my uncle and aunt. Not only that, it was tucked under directly where he was. It wasn't just placed on the mantle and that was that, it was in that spot specifically and for a reason. When I made the realization, I'm not going to lie, I screamed too. We weren't screaming because we were scared by any means. We were just so taken aback and so amazed by this finding. After that discovery, even my dad, who had always been a huge skeptic of the dime situation, began to believe and was intrigued by it all.

It is absolutely astounding to me how things like this happen. It brings up so many questions about what really happens after death--but that can be the topic of another article someday.

The dime became such a big symbol in my life. Sometimes when I was having a horrible day or needed some sort of validation, as crazy as it sounds, I would find a dime somewhere shortly thereafter. I have no idea how it happens or how it works; all I know is finding a dime in a random place is the most humbling and heartwarming experience for me. It shows that my loved ones are up there together, watching over me as I attempt to navigate myself through life.

Once I decided that I wanted to get a dime as a tattoo, I knew that I wanted to include lyrics from "In My Life" by The Beatles. The Beatles were one of my uncle's all time favorite bands, and this song was the one that I distinctly remember hearing, as they were playing different songs from The Beatles throughout his wake and funeral. After the funeral, that song always makes me think of my uncle and what a spirited person he was, full of life, love, and laughter. Therefore, around the dime are the lyrics "In my life, I love you more." It is something that is so empowering and meaningful to me that I had no second thoughts getting it tattooed.

So there it is, that is why I have a dime tattooed onto my back. Some tattoos may be vague on the outside, like my own, but often times they hold these wonderful stories that you may have never known if it weren't for them expressing themselves through body art.