"He's my best friend, my go to, and the love of my life. Some people never get that lucky. So why wait?" 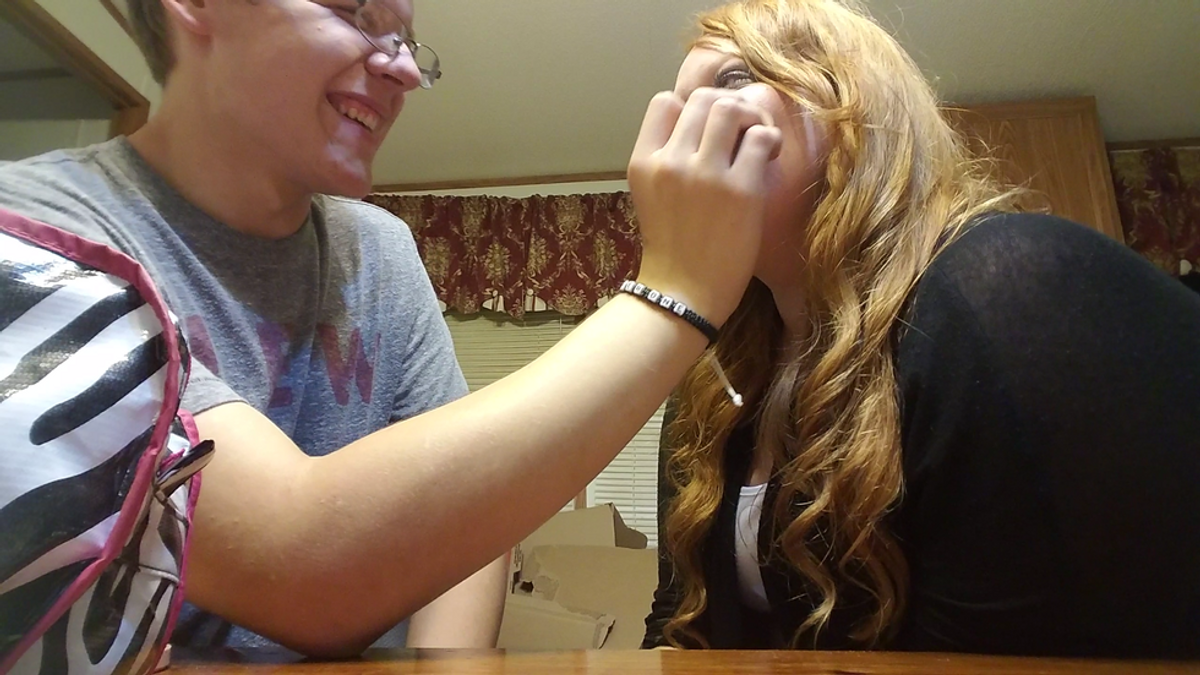 "Getting married at 20 sure sounds a lot like leaving the party early."

When I got engaged three months ago I had a mixture of reactions. Many were positive, but some were negative, and I will never forget those. Things like "Don't you want a career first?" or "Don't you want to travel the world?" and my favorite "You're too young, you barely know yourself, much less the other."

"Don't you want a career first?"

In the past, my response to "Don't you want a career first?" would have been a yes without a doubt. I always thought I would meet my future husband in college and get married soon after. I had a plan. I planned out when I wanted to get engaged all the way down to when we would buy our first house. There's something I've learned though, life plans change. God has a plan that is bigger than our own, and we can't possibly know His plan until we're on our way to it. When you meet the person your soul loves the life plans you had before become something you want to share. I still want a career, obviously, but having my future husband there to support me and be my rock makes the journey that much easier.

"Don't you want to travel the world?"

I've always dreamed of traveling. I think there are so many beautiful things across the world, and I want to see them all. I want to see the world, but I can't imagine doing it without my best friend. I don't want to have to explain what the Great Wall Of China looked like to my husband when we're 50 and can't walk, I want him walking down it beside me. I want him holding my hand, taking dumb selfies with me, and having fun together. Why would you want to do this alone?

"You're too young, you barely know yourself, much less the other."

We are young, we're both 20, and no we don't know who we will become. That's what so beautiful about getting married young. You get to grow together, learn each other. You get to watch your significant other become who they're striving to be, all while becoming who you're meant to be. There will never be a boring conversation, because when you watch them talk it's like learning a new soul all over again. You'll see their struggles, and they'll see yours, so you'll appreciate each other more. You won't take each other for granted, because you know the fight you went through to be here.

If you find the love of your life, no matter what age(with the understanding that you're not like 12, then why wait? You only live once, and if you get the chance to spend it with the person God intended, why wait because of what others think? So yes, I do want a career, I do want to travel the world, but I want to do it with the love of my life by my side. If getting married at 20 means leaving the party early, then consider me gone.

Caitlin Marie Grimes
University of South Florida
10612
Beyond The States