Why get mad at the other woman?
Odyssey

Please Explain Why You'd Be Mad At The Girl Hooking Up With Your Boyfriend, And Not, YOUR BOYFRIEND 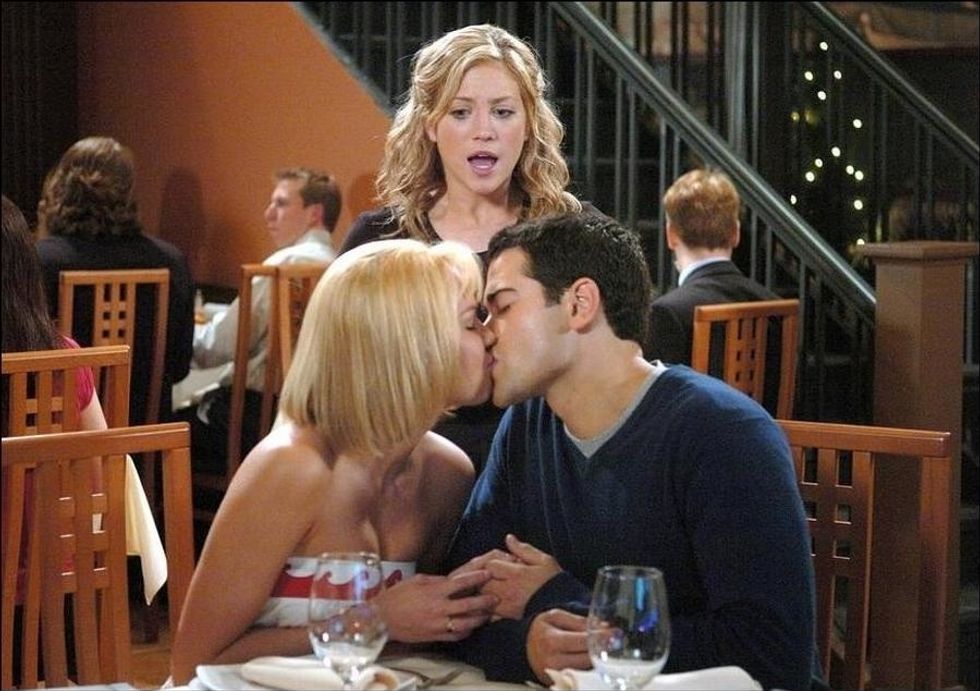 This may be a sensitive topic for some people, and I know there are all different types of situations, but hear me out.

Recently, someone very close in my life had a cute looking guy approach her, we'll call him Dick. He complimented her, told her she was one of the most beautiful girls he'd ever seen and he just HAD to come up and meet her. She then asked for his phone number and left feeling giddy and excited. They were chatting for a bit over text, and snapchatting about every day.

She was so excited but of course asked him if he was single and he said: "single as a Pringle" (gross).

So finally the day of their date arrived and she was so excited. They had planned to meet at a restaurant that afternoon after she had gotten out of class, she went straight over, and texted him to let him know. She had been waiting a little long now, so she decided to text him again, but oh wait, the text didn't go through?

So she went to Snapchat him, but oh, they were no longer friends on Snapchat?

After seeing that she decided to stop waiting at the restaurant, and go home, she had no idea what she had done wrong. (The answer: NOTHING).

Then about a week or so later she gets a sweet and delightful Instagram DM, from none other than Dick's girlfriend! This girlfriend proceeded to go on a rant about how horrible of a person my friend was, for trying to be the other woman, and that she needs to stop contacting her boyfriend, and give up cause he is happy, blah..blah..blah. So here you see a girl that has got to be delusional and incredibly insecure, and this can't be the first time that this has happened either because Dick obviously knew what he was doing -- blocking my friend's number quickly, deleting her on Snapchat, etc.

Now, why on earth get mad at the other girl and not your own man?

I know, of course, there are other situations in which the "other woman" is aware the guy is in a relationship, making them both pieces of shit. BUT if your man is running around, and has clearly been doing it for a while, don't get mad at the girls that he is trying to get with, get mad at your man.

When my friend received this message she felt all sorts of emotions, but the biggest emotion she felt was, pity.

Pity for this girl to not see her own potential to get away from Dick, because clearly that relationship is making her insecure feeling that she has to attack any girl who looks in the direction of her man.

My friend responding with such grace, that the GF even came back apologizing, and saying she's "confused and going through a lot".

So moral of the story, cheating sucks no matter which way you put it but also, have the right productive conversation with the person that you are dating, and from there see if you deserve better.