Why Does The Snapchat Dog Filter Bother You?
Odyssey
CurrentlySwoonLifestyleHealth & WellnessStudent LifeContent InspirationEntertainmentPolitics and ActivismSportsAdulting
About usAdvertiseTermsPrivacyDMCAContact us
® 2023 ODYSSEY
Welcome back
Sign in to comment to your favorite stories, participate in your community and interact with your friends
or
LOG IN WITH FACEBOOK
No account? Create one
Start writing a post
Politics and Activism

Why Does The Snapchat Dog Filter Bother You?

It's a filter. Get over it. 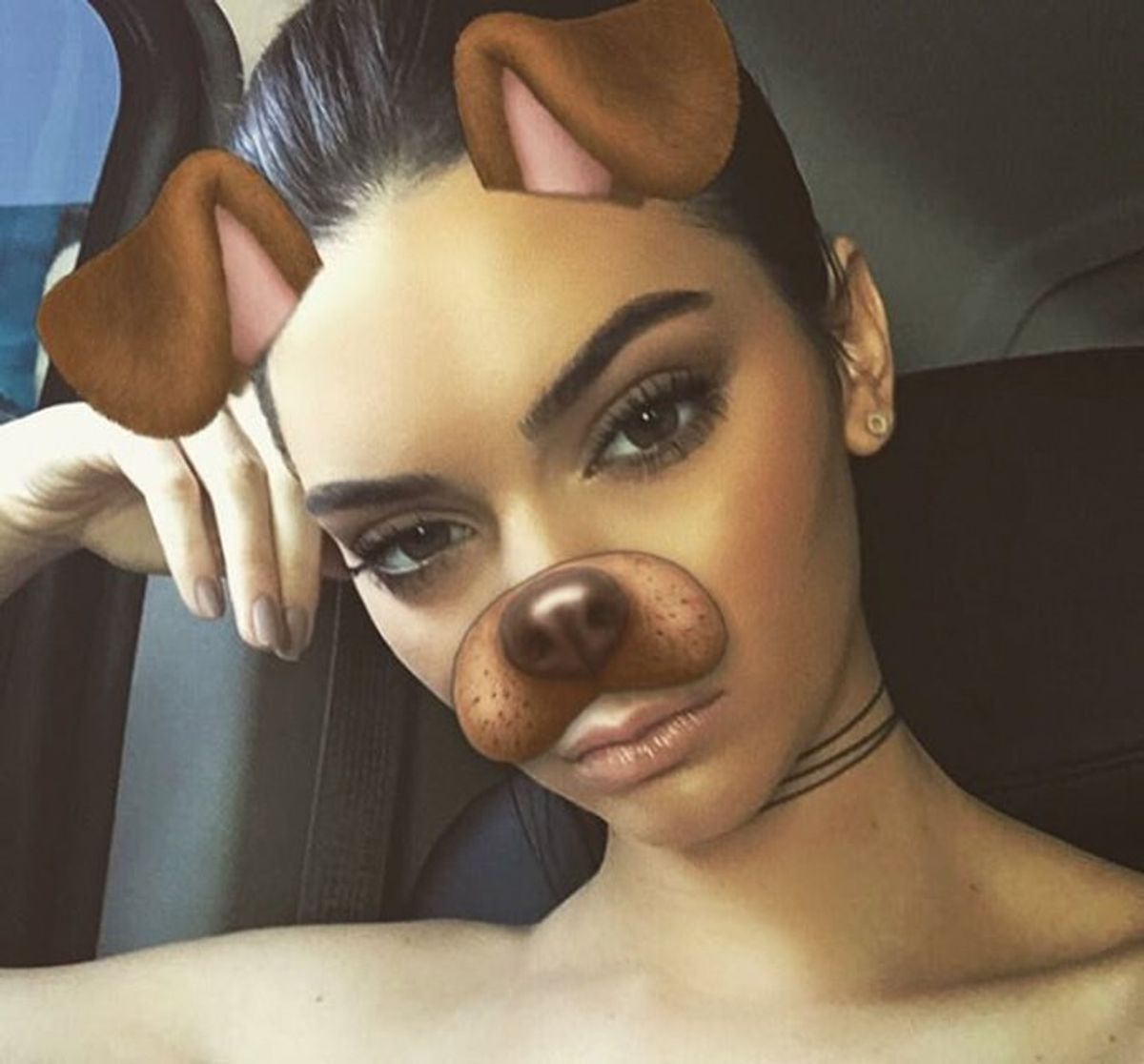 This year, the Snapchat app decided to mix things up a little bit and add some new features: filters! There's been a multitude of these fun little things to play with, and many of them are swapped out every day in exchange for brand new ones. One filter that I have noticed really never disappears is the puppy dog filter. It features a puppy nose, as well as two little puppy ears that sit directly on top of your head when it's being utilized. When your mouth opens, out pops a tongue that "licks" the screen, and a slurping sound commences (which yeah, that is kind of gross, but at least it's sort of realistic).

For anyone who doesn't know what I'm talking about, here it is:

I don't know about you guys, but it looks pretty harmless to me. However, there has been a lot of unnecessary, childish controversy over this filter. What sparked my attention to it was a video on Twitter, in which a guy tries to be comical by telling "all the hoes" using the dog filter on Snapchat that they aren't allowed to use it because "dogs are loving, caring, and loyal creatures." He then goes on to call females "dirty b*tches" who are "unloyal" and cheat on their boyfriends. As if that isn't enough to make your skin crawl, the boy claims that "Dogs are a man's best friend, ya'll cheating b*tches, ya'll are man's worst enemy."

Yeah, okay, you're right. An inanimate object, a FILTER on an application for A PIECE OF TECHNOLOGY, has the ability to diminish a woman to a two letter word: ho.

Wrong. This is the epitome of sexist and misogynistic. It pains me to realize that it is 2016 and people are still walking around entertaining these outdated ideas and opinions. It's honestly something that I hope this young man is ashamed of in the future if he isn't already. The video has gone viral and reached millions; it's sure to follow him for awhile.

What is it about the dog filter that is bothering so many people? I'm asking you, the reader, to enlighten me. I truly cannot understand the reasoning behind such strong feelings against something that was given to us for pure and innocent fun on an app.

My bet is that the filter was created solely because puppies are adorable and sweet little creatures, NOT because they represent anything that has to do with sexuality or objectification of women. Show of hands, who truly believes that a dog filter on a woman's face is a direct and accurate representation of a woman's respect for herself?

There is nothing wrong with feeling cute behind a mask. That is all this filter was made for. It was not created so that people could snicker behind screens, poke fun, and call names. I don't even use the filter myself, but I'm thoroughly exhausted with reading "humorous" posts online about why anyone who uses the filter should be trashed. The only comedy I find in this video is the mindset of the person behind the screen; the fact that anyone could truly believe they are justified in acting this way is baffling. It's a kid screaming into his phone about his distress towards something that has absolutely nothing to do with how he functions in his everyday life. He's just so bothered about something that really does not affect a single thing about him.

So yes, this video could have very well been a joke, but I don't think I'm going to be laughing at it anytime soon.

Nicole Marie Nigro
Individual Creator
8508
c1.staticflickr.com
Where to start...... Let me start with the cliche that life throws us curveballs and what we do with it is what counts.