Why Can't Girls Get Along with Girls?
Odyssey

Why Can't Girls Get Along with Girls?

Coming from a girl, I don't get girls. 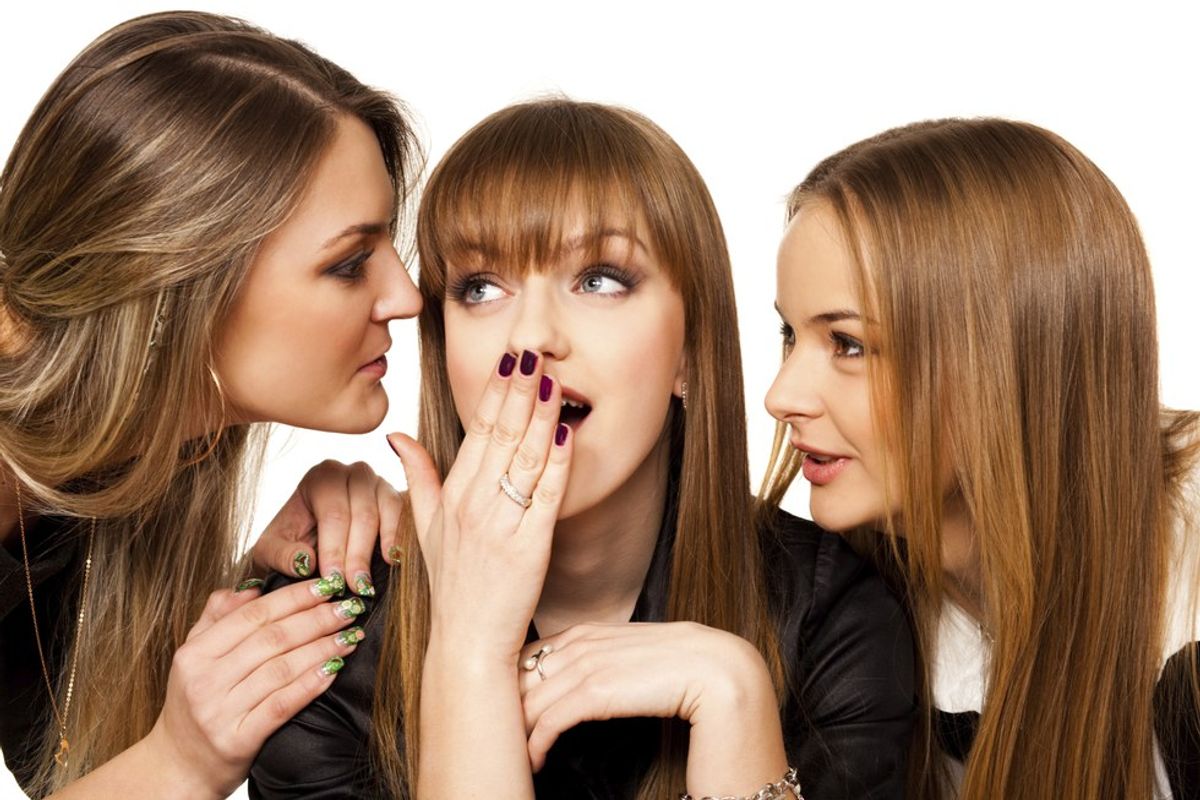 Coming from a girl who has more guy friends than girls, this question has been brought to my attention quite often; "Why can't girls get along with girls?" This isn't to say I have no girlfriends, just that majority are boys. I always think, "They have a different sense of humor than me," or, "They have different interests," or, "We just don't get click." So, why is that?

In my experience, I've come to find it's because I view other girls as competition. It's my own insecurities coming out when I see other girls as a threat. Why do I let a girl, that I haven't interacted with, degrade relationships that I've already established? It makes no sense. These girls are probably really nice, funny, and have nothing but good intentions. This has brought me to two conclusions: first, that I assume they want what I have, and second that I think I'm not good enough to keep it. So, I'm essentially thinking I'm all that and not all, at the same time.

This is an odd predicament. I'm immediately thinking girls are greedy and ruthless. This should not be my first thoughts about my fellow females. Although I have experienced girls like this, it's probably far less common that I've presumed. I've allowed a couple bad seeds to spoil the crop. The few girlfriends I do have mean the absolute world to me. They are my rock. Whether we are stuffing our faces and watching a chick flick, comforting each other while we cry about a boy or a bad grade, or even just checking Instagram next to each other, it's time well spent. But when I try and imagine that with girls outside of my circle, I just can't. Majority of girls are very particular about who they let in, including myself, which hinders us all in the branching out process. Then I think, I had to take that leap of faith when I first got to know these gems, why can't I do it again? Why can't anyone?

Now, girls on their own are hard enough to decipher, but add an significant other in the mix and it becomes an even denser mine field. For example, I've known of two girls hooking up with the same guy at college and the girls hate each other, but the guy is left out of the equation. Um, hello, it takes two to tango. So what gives? This brings up an important fact: girls are smart. They know what they're doing, who hangs out with who, they are perceptive, observant, and ever so aware. This isn't to say guys that guys don't possess these traits, in fact I think more of them do than we realize. Which, makes it even more warranted to hold them equally responsible in situations like so. But bottom line is, it always seems to be the girl's fault. It's become commonplace to brand each other as bitches, sluts, whores rather than be understanding, supportive, and helpful towards each other. There are girls I've never even said hi to, yet I know about their sex life. That is not what I want my perception of women to be. We've become our own worst enemies.

Since when do girls not stand together? Not stick up for each other? Empower everyone? We shouldn't be the first things that come to mind when we hear cat fight, drama, catty, and so on. We have enough crap to deal with; self esteem, body image, clothes, hair, make up, relationships, friends, periods, school, family, and the list goes on. Other girls shouldn't be another thing on this list. We need to shift the mentality of girl with girl interaction, I know we can do better than this. It should be a safe haven to be in the hen house, not a near cock fight. So let's all put in some effort and band together to up the respect between the XX's.

Glorie Martinez
39
Why I Write On Odyssey