Yes, America, 'Whipping Out Your Breasts' To Feed Your Baby Should Be Normalized

Yes, America, 'Whipping Out Your Breasts' To Feed Your Baby Should Be Normalized

The original purpose of the breast was to feed our young NOT to be sexualized. 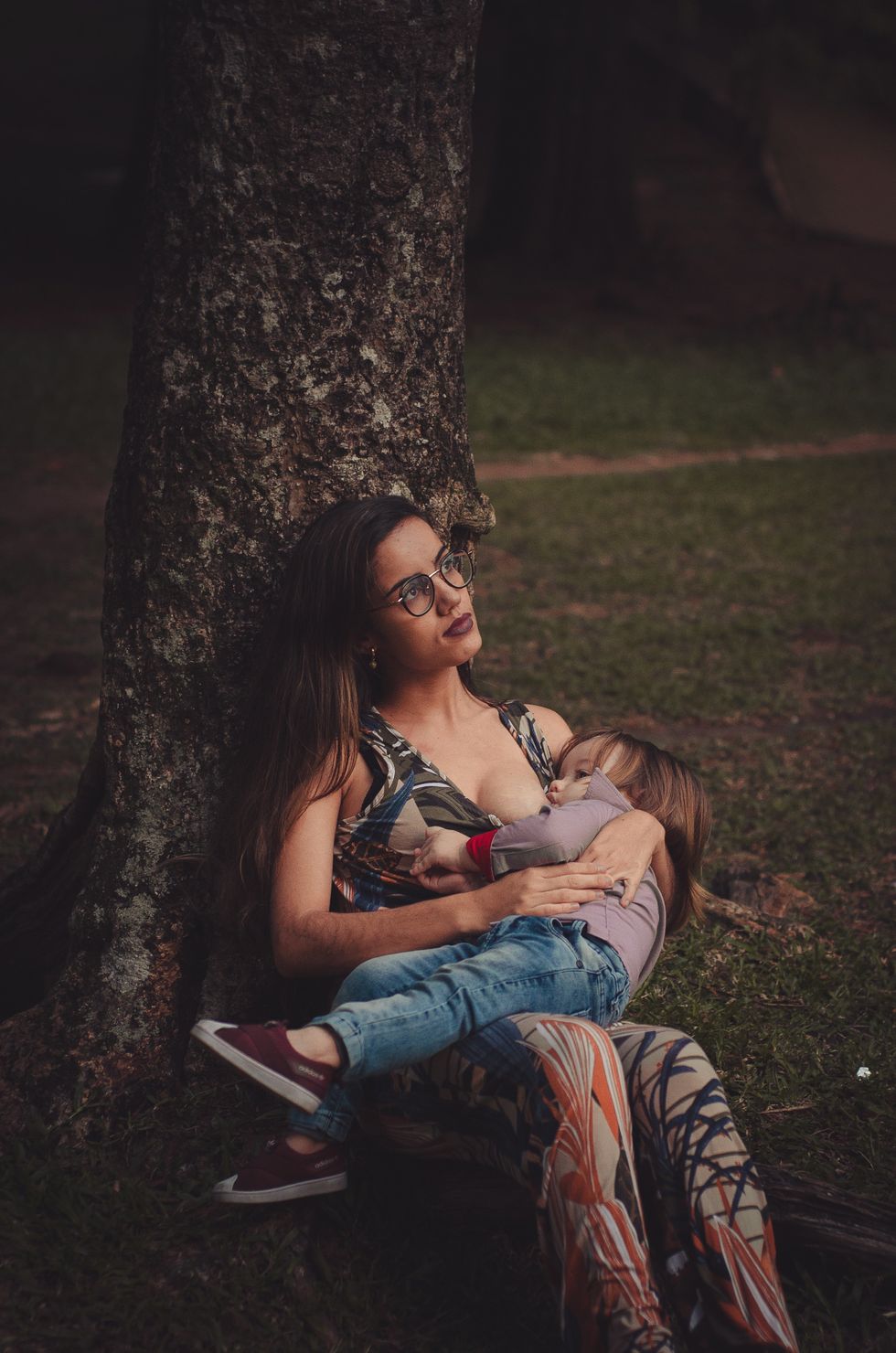 Photo by willsantt from Pexels

I gave birth to two healthy babies and breastfed them up to their first birthdays. During those two periods that I nursed my children, I could count on one hand how many times I breastfed in public, a whomping total of three times!

With the amount of publicity breastfeeding in public is receiving on social media, you would have thought that I would not be hesitant to feed on demand, no matter my location. The truth is, although there are celebrities using their social media platforms to take away the shame associated with feeding your child the way nature intended it, we live in a cruel and close-minded world.

This world that we live in makes it hard for women to feel comfortable to even attempt to breastfeed in public.

So, instead of us enjoying a day out with our babies, we are bound to our homes. We may as well have a chain around our ankle and attached to the house for as much scrutiny and vulgarity we receive from those who do not believe we should "expose" our bodies to the entire world.

Don't get me wrong, there are more supporters of breastfeeding in public than there are naysayers, but it is just those few that seem to be able to get to nursing mothers.

It was Sunday, I was in church and my child was crying. It wasn't a loud cry but I decided to breastfeed, although I had expressed breastmilk in the bottle. It was a designated place for breastfeeding mothers but the other nursing mothers had bad expressions on their faces. I felt very bad. After that experience, I will not do it again, I will just give the bottle--International Breastfeeding Journal, 2018

An article in the International Breastfeeding Journal reported 52% of nursing mothers felt uncomfortable breastfeeding in public, 27% felt embarrassed, and 15% felt stigmatized. Another 80% covered their breasts while nursing and 70% felt that privacy was needed to nurse.

During the time I was nursing, I felt uncomfortable and feared either the approach of disapproving strangers or the obvious pointed stares. Due to my fear, I made sure to express my milk before leaving the home, knowing that sometime while I was out and about, my child would start the hunger cries.

Breastfeeding existed with the creation of humankind. It was the way women fed our young since the beginning. Somehow, breastfeeding became taboo to the public.

In 2018, a magazine cover of a breastfeeding mother in India caused outrage. We think, oh, well that is India. It is more conservative than Western culture. Chitra Ramaswamy stated for us Westerners who felt the superiority, not to feel so smug because we are not far off from India when it comes to nursing in public.

Ramaswamy writes, "Breastfeeding is bloody hard work, and I write this with my own seven-month-old on my breast, not for authenticity's sake but because she is hungry. It takes patience, practice, commitment, physical strength, good humour, multiple tubes of Lansinoh cream, and enough chutzpah to withstand the stares, unwanted advice and general opprobrium that come your way whenever you need to feed your baby while out and about. This is why a third of women feel embarrassed breastfeeding in public, according to one UK survey.

Reading stories of empowering women breastfeeding in public makes me wish I had more courage to do it myself. I often am in awe while being with another nursing mother who does not care if her nursing her newest addition will cause discomfort or ire. I often will watch my friend and think, the next baby I have, I won't fear the judgmental looks and if God forbid, someone decides to approach me and tell me what I am doing is indecent, I will gladly enlighten the individual.

I've breastfed both my babies; my son until he was nearly two (go on, judge me). This has meant feeding on the bus, in cafes, on park benches, in front of my dad, and – on one particularly fabulous occasion – on stage while I was discussing Anne of Green Gables. I have felt embarrassed, vulnerable and exposed. Once, I retreated to the toilet. It's not easy whipping out an intimate and sexualised part of your body that has doubled in size and developed the ability to shoot multiple jets of hot milk from its core. This should incite praise, compassion and awe, as opposed to accusations of indecency--Chitra Ramaswamy.

Alyssa Milano, actress and activist, is one of many celebrities who take a stand on normalizing breastfeeding. In 2016, Milano promoted her campaign of #normalizebreastfeeding by posting a brelfie of herself and her child while nursing.

While on the Wendy Williams Show, Alyssa and Wendy discussed the sexualization of breasts, prompting Wendy to call them "sexual things" when they're not being used for breastfeeding. Alyssa respectfully argued, "Yeah, but they weren't — biologically they're not made for sexual things. That's what we've done to them."

50 Things to Do When You're Bored and Completely Alone

10 Best Songs For When You Lose Your Best Friend

An Open Letter To The Parents of The Kids I Babysit

9 Things You Do When You FaceTime Your Best Friend