I Am A 20-Year-Old, Bisexual, White Woman And I Am America

I Am A 20-Year-Old, Bisexual, White Woman And I Am America

I stand for America. Do you? 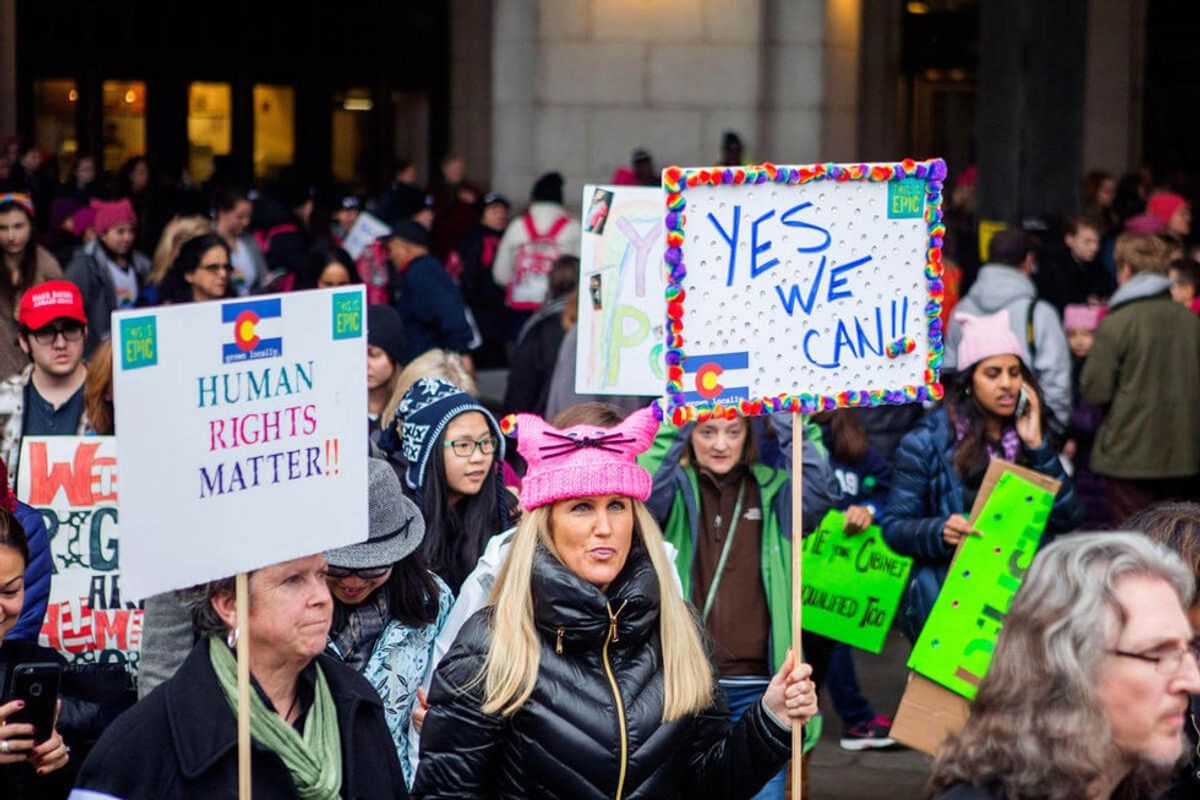 I did not vote for President Donald J. Trump.

I do not support his views on abortion, same-sex marriage, women and racial equality.

He has been my president for 3 days, and he has already started to take my rights away.

I'm well aware that I'm not in a third world country or forced to hide who I am every day.

But, honey, what are you doing to help them?

I live in America.

I feel threatened by the fact that there is a large possibility that I won't be able to marry a woman, if I so feel like I want to. I feel threatened that in the case that I get raped and end up pregnant that I won't be able to terminate a pregnancy that I cannot afford to have for both time and money (Yet, the man responsible, whether it be by rape or not, doesn't get the same criticism). I feel threatened that there is a chance that, in this world that the current president is creating, there could be an increase of people that think they have the right to sexually assault me.

I'm aware that in India, women are afraid to give birth to a girl because there is an extremely large chance that she will be raped.

But I live in America, where that should not be the new norm.

I grew up in a republican household. I grew up listening all about Reagan and Bush and how great they were. I grew up knowing nothing else.

And I got sick of it.

After this election, everyone who is upset with how the results appeared were told to get over it, suck it up, or that we're stupid (I'm leaving out the explicatives).

And I refuse to do any of that.

If I had to deal with this for eight years, then you can deal with our protests against Trump for however long he is in office.