Why I Am Into Sex
Odyssey

Why I Am Into Sex

Sexuality is so cool and important to study 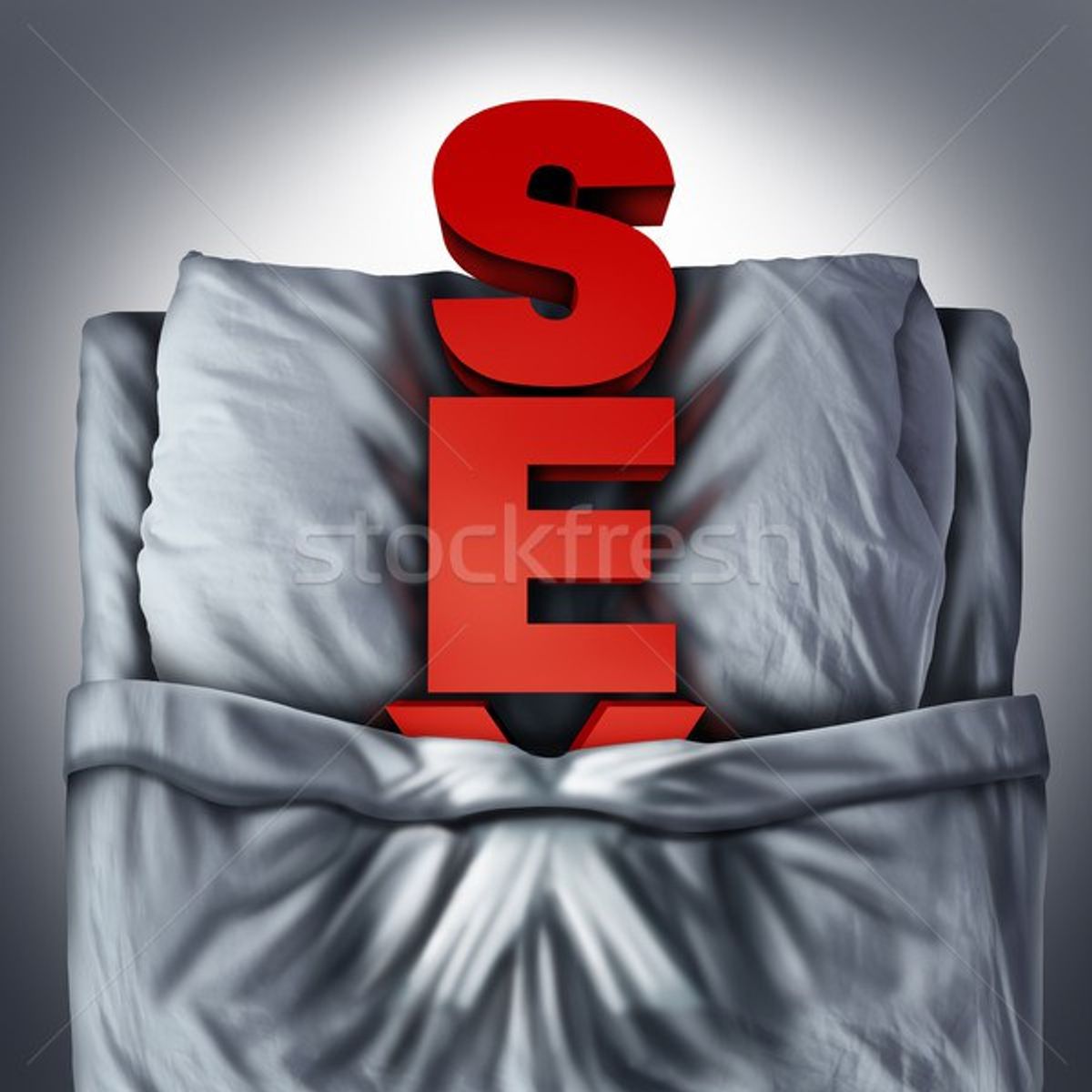 Many People ask me; Hey Kensie? Why have you chosen to study the field of sex? Why do you want to help people with issues in their sex life or sexuality? To be fair, these are great questions to ask, and it goes down to why would anyone want to cover the world of sexuality and sex? Especially when there are so many other fields to cover? Here are a few reasons why I got into sex.

Whether or not we realize it sooner or later in life, sex and sexuality are important factors to anyone's life, and are often ignored. Here in America, it is a common cultural norm to completely shove topics such as sexuality and sexual preferences and all things sex under the rug, and we shouldn't. Sexuality should not be ignored. It needs to be talked about more often, and people need to be less uncomfortable talking about it, because whether or not we like to admit it, it will effect us at some point in life, and I would rather help people through these issues in this area when they come up, and be there to support them no matter what.

2. Sexuality is a Universal Concept

As stated earlier, sexuality and sex is something we all end up dealing with at some point in life.Some people, such as myself, had "the talk" really early in life. Some people get it later in life; and some well, never really get it until their first sexual encounter. However, it is unique in the fact that it effects everyone. Everyone has an opinion on sex, even if it's a "neutral" position. We all think differently on how sex and sexuality should be discussed and handled. Some people are more positive about it, and some are more secretive. But no matter what, go up to any random person and ask for their viewpoint on sex, and they will give you one, even it's something like, "I don't care who you do it with, just leave me out." I want to study a topic everyone seems to have an opinion on. I like universal concepts in human beings, and believe through studying universal concepts we understand the human race that much more.

3. Sexuality is a HUGE Motivator in Humans

Yes, so much more than just when twelve year old boys find it hilarious to yell dildo in the middle of a classroom, sexuality motivates many things in human beings. While it is debatable in what the main motivation in human beings is, whether it be religion, happiness, riches, etc., It is safe to say that most humans have a desire to feel needed, supported, and overall loved. You know what comes hand in hand with that motivator? That's right. Sexuality and sex. Who we desire to love and feel needed by becomes a huge factor in most people's lives. From when we are really little wanting our mom to love us, to our first crush in high school, most of us have this desire, and as we grow, so does this desire, and it starts to expand. By studying such a powerful motivator in human beings, I believe I can help people find motivations and desires in themselves, and by studying one of the top motivators in human beings, understanding can be achieved so much faster and better.

Only 22 states actually mandate we teach sex education, and even then only 19 states actually use medically accurate terminology for everything, Even less states actually teach safe sex and just abstinence only. Many states even allow parents to opt their child out of sex education, leaving kids often to their own devices to find out information on their bodies and how sex works. How accurate do you think that information is? I personally was told in freshman Lab Biology in high school that if you have sex with someone who had sex with your sibling, you are technically sleeping with your sibling. Yeah. That actually is taught. Also, let's not forget about the poor kids in class who are LGBTQ+ and don't have any resources to go off on safe sex. I can rant forever with statistics and facts about how bad our sex education program is here in America, but that is for another time. Sex Ed needs to be reformed into an accurate, inclusive and friendly way that kids will actual learn things and not just guess.

5. Sexuality is Completely and Utterly Fascinating

Sex and sexuality are completely cumstomizable and different as every single person is. I love to know these differences and what makes a person's sexuality the way it is. Who are they into? What traits do they look for in another mate? I never once have found anything about sex boring, even studying the anatomy of how the body works with sexual organs. It is so varied and unique to everyone, that I wonder how people can't find it fascinating. Bottom line, whether you are sex positive, negative, sideways, backwards or anything in between, it is so interesting to study, and I would love to help people find their inner sexy and show them how to use it in a positive way. Or help victims who have been parts of heinous sexual crimes. This is why I am into sex.

So I want all of you to find pride in your sexuality, or lack of it, and everything in between, because it is what makes you, as sexy as you want!