Neoliberalism Has Set Us Up For Failure
Odyssey
CurrentlySwoonLifestyleHealth & WellnessStudent LifeContent InspirationEntertainmentPolitics and ActivismSportsAdulting
About usAdvertiseTermsPrivacyDMCAContact us
® 2023 ODYSSEY
Welcome back
Sign in to comment to your favorite stories, participate in your community and interact with your friends
or
LOG IN WITH FACEBOOK
No account? Create one
Start writing a post
Politics

Neoliberalism Has Set Us Up For Failure

Who will survive in America? 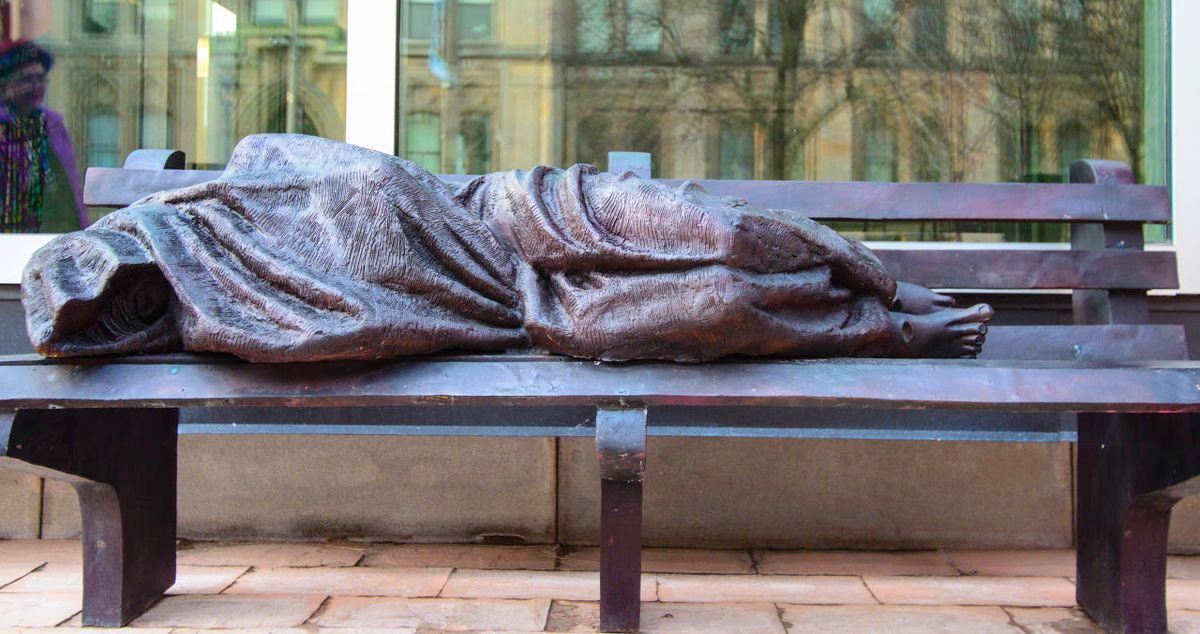 Oppressive labor practices are the effects of neoliberalism. Neoliberalism sees opposition as the major characteristic of human relations. It redefines citizens as customers whose independent choices are best exercised by buying and selling, a process that rewards excellence and punishes the inadequacy. It maintains that neoliberalism delivers benefits that could not ever be accomplished by planning.

Attempts to limit competition are treated as unwelcoming to freedom. Tax and regulation should be reduced, public services should be privatized. The organization of labor and collective bargaining by trade unions are portrayed as market falsifications that hinder the development of a natural order of winners and losers.

Inequality is looked at as good; a reward for helpfulness and a maker of wealth, which trickles down to help everyone. Efforts to create an equal society are both counterproductive and ethically harsh.

Neoliberalism ensures that everyone gets what they deserve. The rich persuade themselves that they are worthy of wealth, ignoring the advantages they have like education, inheritance and their social status that helped them grow rich.

Meanwhile, the poor blames themselves for their failures, even though there is nothing they can do under the circumstances they’re put in.

Neoliberalism believes that if you don’t have a job it’s because you are conservative. It ignores how expensive housing is and believes if your credit card is maxed out, you’re irresponsible. It ignores the lack of playgrounds at school and believes if children get fat, it’s your fault. In a world administered by rivalry, those who fall behind become losers.

Neoliberalism includes deregulation and privation, which makes it harder for middle and low-class citizens to survive in America. Even white collared workers such as teachers are suffering because of neoliberalism.

Deregulation produces more money to wealthy people by taking away government regulations that could potentially diminish profits but benefit workers, putting workers at risk of job security and safeties at work. Privation is also to benefit the wealthy and harm the public.

Selling state-owned enterprises such as schools to private investors now puts teachers under new guidelines that do not benefit them but rather the investor. Teaching is being deskilled because it assumes that all one needs to teach well is content knowledge in selected disciplines in the liberal arts (Weiner, 2007, p. 166). Teachers have lost their jobs and pensions. They have lost much of the safety net that used to make these losses less frightening.

Neoliberalism has made deep cuts in the education budget and breaks teachers union. This would eliminate the remaining working class and cause teachers to suffer.

Teachers are encountering low wages but an increase in labor with no hope of retirement. Teachers have lost tenure, making it easy to fire teachers and potentially “save money”. Teacher tenure is a policy that restricts the ability to fire teachers and establish job security and retirement. A Teacher’s assistant is no longer a position because it “saves” money only to put the “saved” money into the pockets of the wealthy. Low wages, job cuts and eliminating tenure are neoliberal views. This not only affects the teacher but also impacts the student. Education is now turning into a business and treating the student’s education and future like it is insignificant.

At the center of the Wal-Mart’s commitment to “every day low prices” are low wages and a system of labor control. This involves an intrusive hiring process, wage scales that are lower than other big box stores (individually assigned in secret from other workers), arbitrary hours of work (where “full-time” can mean as few as 20 hours), forcing people to work “off the clock” (not paying workers for hours worked), a precarious workforce, intense surveillance in the workplace, rampant gender discrimination and a centrally-controlled anti-union policy.

Wal-Mart can’t be explained without the neoliberal economic and political reforms of the 1970s and 1980s. The pool of low-wage workers (many of whom are women) and the extra responsibilities facing women made Wal-Mart possible and attractive. Government deregulation of labor markets and the loss of high wage manufacturing jobs also contributed to this.

Neoliberalism is a cruel policy that only satisfies the ones that are already wealthy. It creates a system that makes people work harder and earn less. It takes away human dignity and blames people for their failures instead of recognizing the disadvantages that may are faced with on a daily basis. The way to possibly solve it is to put laws and acts in place to make it nearly impossible to make it acceptable for someone to work harder for less, work multiple jobs to survive and to be frightened day to day that your job may not be available to you anymore.

Neoliberalism is a horrible system and should be destroyed but can only be eliminated with the determination of the people who suffer from it. It takes people getting past the mindset of being a loser to overpowering neoliberalism.

QueenRadhi
The State University of New York at Stony Brook
944