The meaning of delayed albums and surprised livestreams 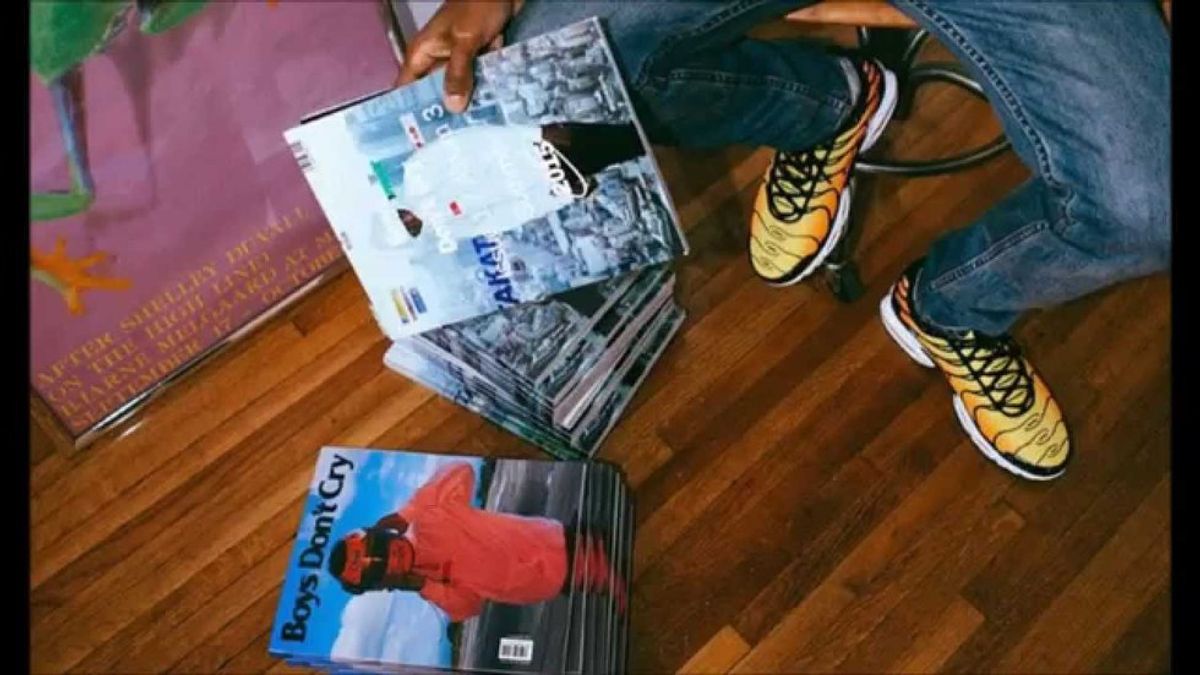 Four years. Four years of waiting to hear Frank Ocean’s sophomore album. After instantly falling in love with Channel Orange, my anticipation for the next album, Boys Don’t Cry, was, needless to say, long-awaited. To say I love Channel Orange and respect Frank Ocean as a creator and as an artist is an understatement. I have played my Channel Orange album so often, it’s laced with scratches.

He, as well as a handful of other artists, got me through my years of abuse and insecurity. His freshman album will always be near and dear to my heart. When I realized his mix tape came out with such remakes as “American Wedding” and “Strawberry Swing,” my playlist was filled with Frankie once again. Recently, Frank Ocean let out a live stream on his website, which shows an unidentified man (many believe it to be Frank himself) in a simple warehouse building a flight of stairs. As the man is constructing it, his new album Endless is played. Many are confused with the time when this album was released and the metaphor behind the live stream.

That being said, the following is simply my own opinion on his idea, but since it is so open to interpretation, my own is sure to change with time.

If one follows his page, his due date for the upcoming album is constantly changed and is collaged as a library due date cover, with different dates constantly plastered over each other. Many follow the natural path of their eyes (top to bottom) that although the last date posted is July 2016 at the bottom, towards the very top, one can barely notice the date November 13, 2016 is printed next to the proposed 2015 release dates. That being said, I truly believe that the release date for Boys Don’t Cry is not until sometime in November. Although Endless is released, these are two different albums being spoken about.

The Endless live stream in itself was a story. Although the figure spoke no words or wrote out anything to express himself, his own ambiance was somber. It might just be my own projection, but I felt he was almost depressed. An even more paranoid part of myself was scared that he would jump from the top of the stairs once constructed. It was Frank indirectly showing his true self through art. I say this because with Channel Orange, he expressed his sexuality before even publicly announcing it. In the song “Pink Matter” ft. Andre 3000, he compares pink matter to a woman and her multiple aspects; her sexuality, her emotions, her gentleness. And in one specific line he says,

“Blue used to be my favorite color

Now I ain't got no choice

Matching pink with women, it makes sense to match blue with men. He is saying in the most poetic way, he had always liked guys, but society’s pressure made him feel like he had no choice but to simply like pink matter - women.

Going back to Endless, I felt as though he was expressing his troubles to us: he can create things for the world (his creation is the stairs), but it leaves him empty (the stairs go nowhere), and that people are constantly expecting so much depth, integrity, and originality from him and his work. We always expect the best from artists, but most create their best work during their worst times. He went through heartbreak and acceptance of himself while making Channel Orange, which happened over the course of several years, and yet we expect another banger album on the same level in two years or less?

Being a consumer, I wanted that album as soon as possible. I wanted to hear more Frank Ocean. I wanted to know what was next. However, as an artist, I get it - it takes time to create art. It takes true, genuine emotion to create something. One can only let life inspire oneself as it goes on, and sometimes one does not know where or when that inspiration will come. And sometimes, one's label doesn’t want to put one's music on time, whether for attention or for money reasons. I believe Frank realized the world that once cheered for him can turn against him. To believe in his music is an understatement. Frank Ocean’s music is worth the long wait. It’s worth this roller coaster of emotions. It’s worth his absence. So... Frank, to put it simply, we’ll be waiting.