The value of women supporting each other 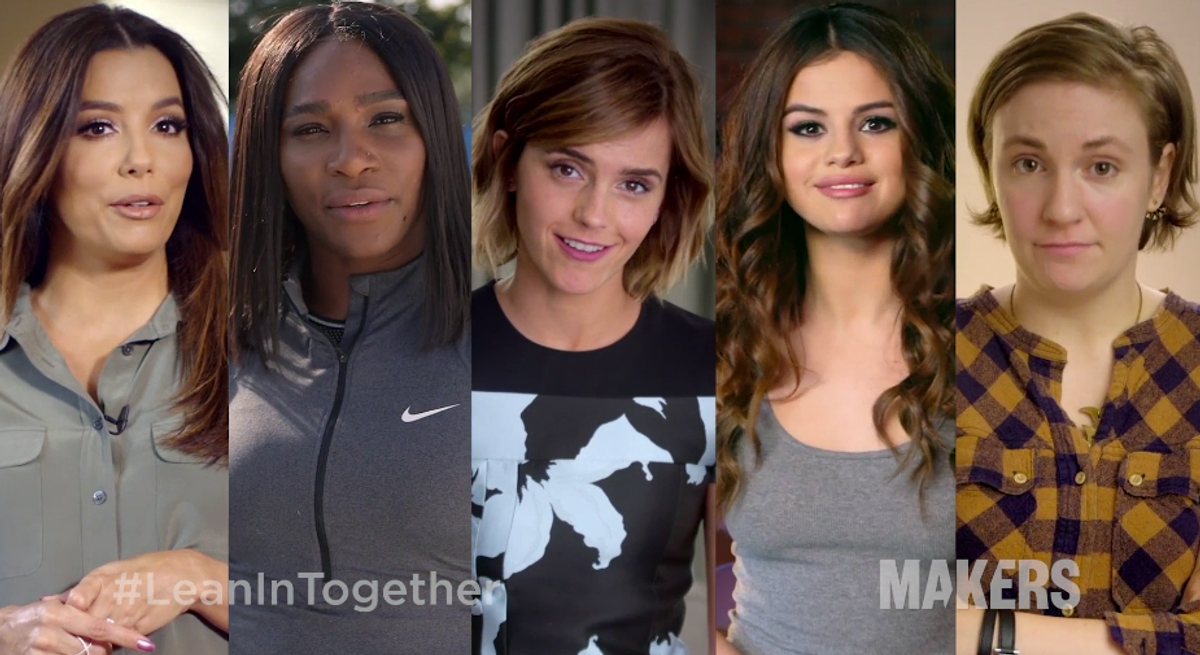 The initiative is supported by Lean In, an organization that promotes the idea that when women help each other, we get more accomplished than when we tear eachother down.

“It’s important to shine a light on the huge number of women who encourage and help each other every day,” said Lean In president Rachel Thomas in an interview with The Huffington Post. “There’s a stereotype that women don’t help women, but it’s just not true."

“So many women are lending their voices to this campaign because they have benefited firsthand from the support of other women and know what a difference it can make,” said Lean In founder Sheryl Sandberg in a press release.

The initiative was launched on June 23 of this year.

"Even though we are in the middle of a culture shift, with the role of men at home dramatically changing, at the moment there are far too many ways in which women’s needs fall through the cracks — like needing to leave early for a sick child, or being tired after being up all night with a newborn," said Arianna Huffington, one of Sandberg's "workplace allies," in an interview with The Huffington Post.

"These are opportunities in which women can support each other, until we get to a place where women no longer feel like they have to choose between their life at work and their life outside work."

Women are taught to compete early on. That is why an initiative like Together Women Can is important. It combats the idea many women have internalized: that other women are our enemies.

"We are told that we should all be vying for male attention throughout our lives," said Cosmopolitan for Latina's columnist Erika Sánchez in an article from The Huffington Post. "We’re taught to break each other down, and talk about each other’s' FUPAS and booty-dos."

Together Women Can sends the message that it is both okay to acknowledge the women who have helped you in your career and to support other women. As women, it is important we create spaces for each other, not bring each other down.