When a term is used too often, it begins to loose severity and value. 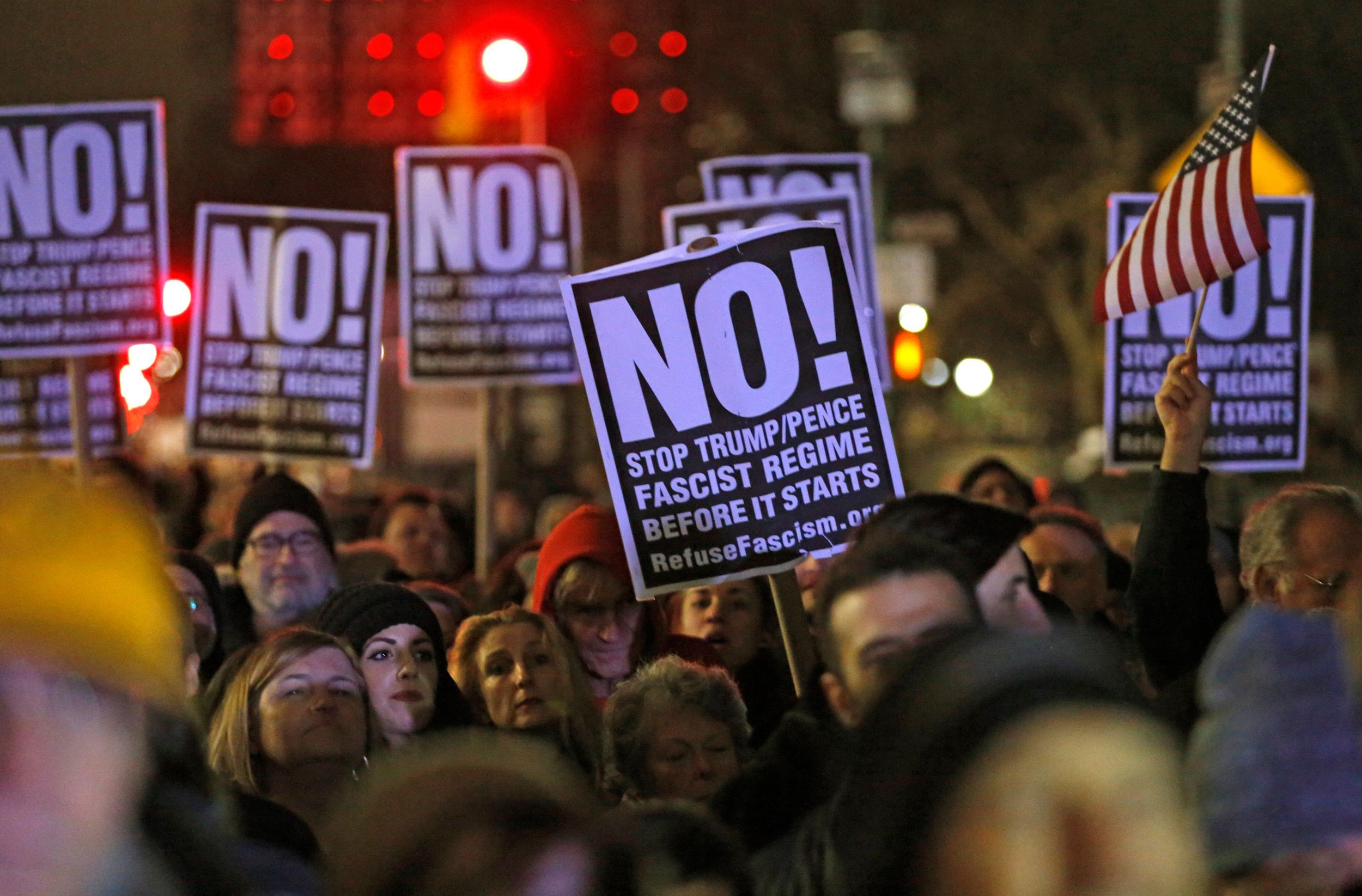 It has come to my attention of late that the term “fascist” has been circulating in an attempt to degrade and delegitimize what has been deemed from left-leaning groups as the opposition party. That party being more right-wing conservatives which have been deemed the “alt-right”. The term has been so loosely used by left-wing progressives since the election of Donald Trump to describe what they refer to as “racist, sexist and homophobic” viewpoints. I personally do not think it is fair to say that Donald Trump, the Republican Party, right wing conservatives or the “alt-right” movement (which I am not even totally convinced is a real thing) are fascists. Let’s examine fascism.

According to Merriam-Webster dictionary, fascism is defined as “a political philosophy, movement, or regime (as that of the Fascisti) that exalts nation and often race above the individual and that stands for a centralized autocratic government headed by a dictatorial leader, severe economic and social regimentation, and forcible suppression of opposition.” Now let’s take the definition apart.

First, let’s examine phrase “exalts nation and often race above the individual”. This implies conservatives, the Republican Party, and President Trump although having not been shy about their patriotism, have exalted one single race over another, to which there is simply no evidence. In fact, the Republican Party’s membership has become increasingly diverse. They managed to propel Mia Love, the first Haitian-American to serve in Congress and have supported US Army Lieutenant Colonel Frances Rice who heads the National Black Republican Association and is committed to returning African Americans to their Republican Party roots. Also noteworthy are Donald Trump’s cabinet picks. Dr. Ben Carson, a notable Conservative African-American who was appointed to the position of director of Housing and Urban Development, Elaine Chao who became the first Asian-American woman to be appointed to the President’s cabinet under George W. Bush as the Secretary of Labor and was later appointed Secretary of Transportation by Donald Trump, former Governor Nikki Haley, the daughter of Indian immigrants who became Trumps ambassador to the United Nations and finally the elevation of Rear Admiral Sylvia Trent-Adams, Ph.D., a black female, as the acting Surgeon General. These prominent government roles yield proof that the Republican Party is not in support of a single race dominating society and is quite diverse.

The second part of the definition “[regime] that stands for a centralized autocratic government headed by a dictatorial leader, severe economic and social regimentation, and forcible suppression of opposition.” Anyone that thinks that a Conservative or a Republican is in favor of a dictatorial leader, regimentation of economic and social behavior with forcible suppression of opposition, has not followed the tenants of the Republican and Nationalists platform. Centralized, autocratic government that is headed by a dictator is everything conservative and republicans alike are against. Conservatives fear big government and centralized power, and in most cases, favor the States holding more power than the federal government. Severe social and economic regimentation is in direct contrast to every ideal the conservative principals of free trade and a laissez-faire economics. This construct applies equally to social policy. Personally, Donald Trump’s beliefs are not much different. He has proposed: “trickle-down’esque” tax reform plans, slashing federal social programs, and reduction in government intervention.

In conclusion, I would like to express my concern with the misuse of the term “fascist” as a label to manipulate the public invoking fear and anger. It is not just reckless to label anyone who does not have the same opinion as you a “fascist”, but it is outright dangerous. This is dangerous because when you accuse a differing opinion of something as severe as being a fascist, one runs the risk of lessening the severity of true fascism. Real life fascism is dangerous, not just for people, but economies and social morale. If we forget how dangerous and destructive this ideology truly is, we will have much more than “Pepe the frog” to worry about.