He gives her a best friend. 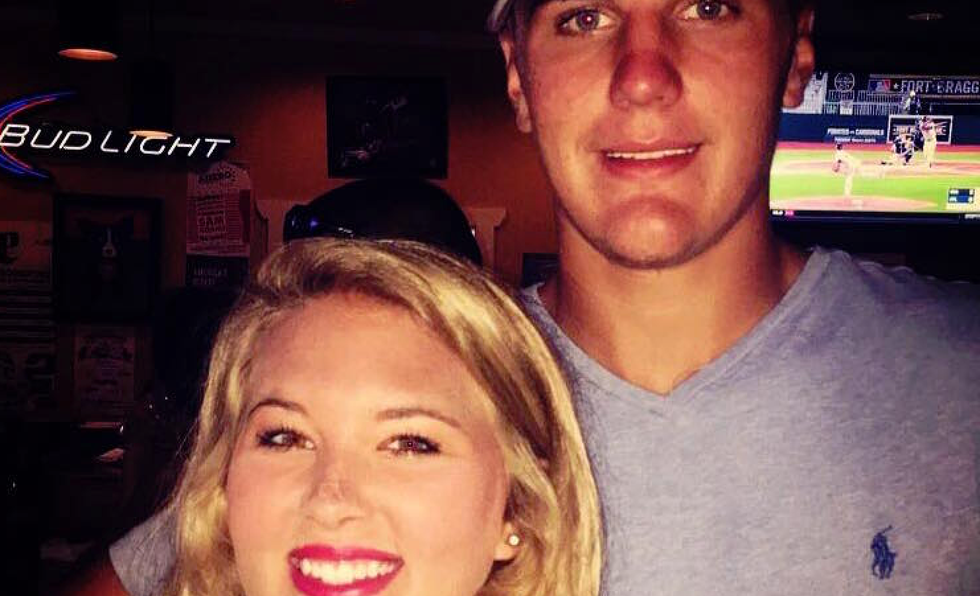 My brother is only 18 months younger than I am, but he's also at least a foot taller than me.

Growing up with someone so close to my age has been one of the biggest blessings in my life. Yes, there was a time when I thought every single little thing he did was annoying and his feelings towards me were mutual. Yes, we still get into arguments and disagreements. But for the most part, we enjoy each other's company.

When God gives a girl a brother, He gives her...

I always have someone to talk to. No matter what, when, or where. Some of my favorite moments are spent chatting my brother's ears off while he absent-mindedly nods and continues to play x-box. Sometimes he just listens and doesn't say anything. Sometimes he gives me long replies. He always knows just how to react to what I am saying to him, which is why I tell him almost everything.

When I think about the man that my brother has become, it seriously brings tears to my eyes. He's so big!! How did this happen? I can remember when I was little and could boss him around and he would actually do whatever I said. Now I'm scared that if he hugs me too hard, I might break in half. My brother cares about me and lets me know it. I'm so thankful to know that he is there for me no matter what and would do anything to keep me from harm.

Another favorite memory is dancing to Juju on that beat in the kitchen while mom is cooking dinner (or dancing with us). Or any other time any other song is on... in any other place... LOL. My brother and I are different in a lot of ways, but we both have no problem busting a move together.

"Hey, wanna go get a sonic drink?" "Yeah, if you're buying!" This is a typical conversation for us, and he actually really does usually buy my food! (With mom's credit card sometimes, does that still count?)

Being the older sister, I sometimes feel like I have let my brother down in a lot of ways in that he is probably an example to me more than I am to him. He is incredibly smart, talented, and hard-working. Kids FLOCK to this guy, and he has the most creative mind ever. Seriously, I'm so nervous that my future kids are going to like their funny uncle more than me. He's way cooler than I am, and I want to be just like him when I grow up.

If you've never heard a "Lane Prevett story," pull up a chair. I will be glad to make you cry from laughing so hard. There's no way you can spend time with him and not laugh. And that, to me, is the best kind of person to be.

My brother is a lot of things, but my favorite thing about him is that he is my best friend. Yes, we aggravate each other. Sometimes he plays his music too loud, and sometimes I take up all the internet so that he can't play video games. But I know that he would do anything for me, and he knows the same goes for him.