Bible Verses For When Your Feelings Don’t Cooperate
Odyssey
CurrentlySwoonLifestyleHealth & WellnessStudent LifeContent InspirationEntertainmentPolitics and ActivismSportsAdulting
About usAdvertiseTermsPrivacyDMCAContact us
® 2023 ODYSSEY
Welcome back
Sign in to comment to your favorite stories, participate in your community and interact with your friends
or
LOG IN WITH FACEBOOK
No account? Create one
Start writing a post
Lifestyle

Bible Verses For When Your Feelings Don’t Cooperate

A meditation on lies and truth from Psalm 3. 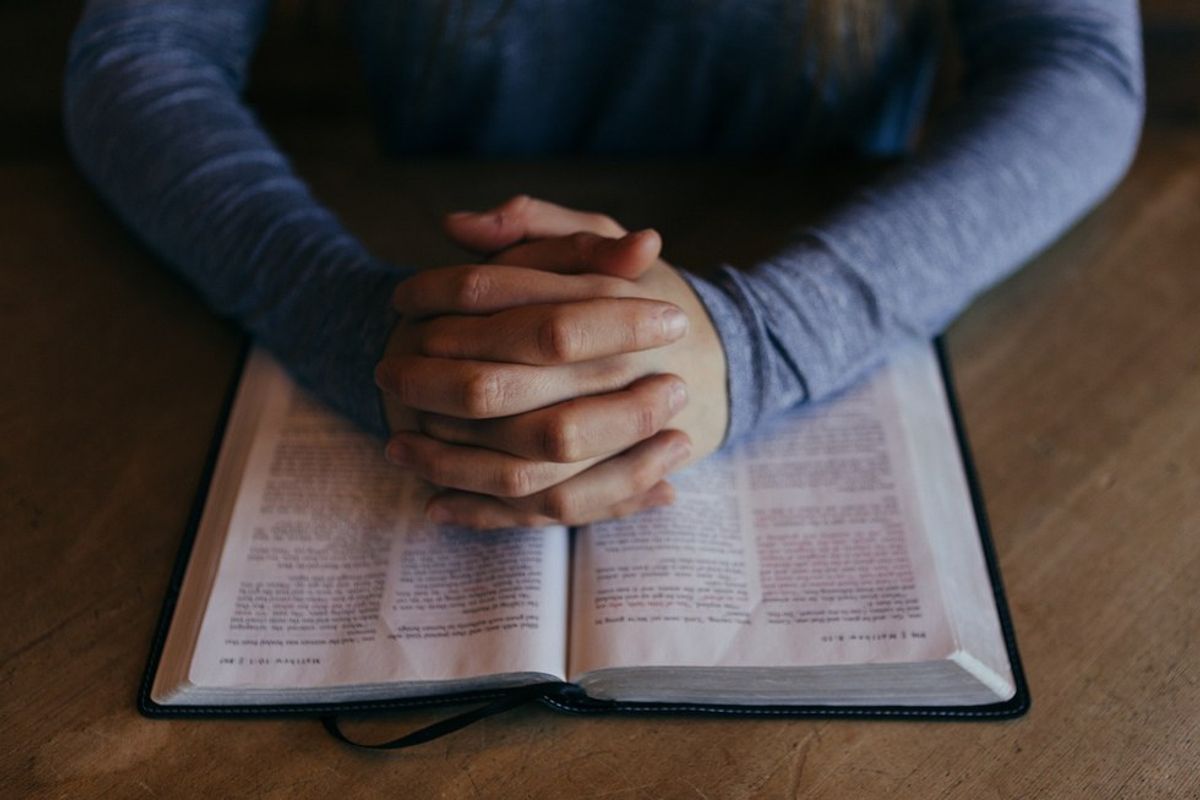 This little chapter is a gem. The Psalms are more than idyllic poetry about life; they are raw snapshots of the human heart.

I want to break Psalm 3 into segments and talk about how the psalmist, King David, used truth to battle both the hard realities and the lies facing him.

When Life is Hard

David did not mince any words.

David isn’t being overly dramatic; he’s simply stating the cold facts. He has quite a few enemies at this point in his life, and they’re on the move. Actually, King David wrote Psalm 3 as an old man fleeing for his life while his son conspired against him and captured the royal city. No biggie.

This is a helpful pattern for me. Nothing is too big or too small to bring straight to God and tell it like it is. (He’s God. He can handle it!)

This is perhaps the most fascinating verse in the whole psalm to me.

“Many are saying of my soul, there is no salvation for him in God.” (vs 2)

This isn’t David’s idea; he is telling God what others are saying. Apparently, as the king flees from his palace in haste and without even provision for food, he overheard his citizens’ murmurs. “God can’t save him this time.”

Have you heard this voice? I have. When circumstances are hard, the enemy whispers that God may have intervened before, but I can’t expect God’s help this time.

The word for “salvation” in this verse is the Hebrew word “Yeshuw’ah,” the Hebrew equivalent of “Jesus.” Try reading it with the substitute: “There is no Jesus for him in God.” When someone tells me that Jesus will not save me… that God did not send Jesus for this situation… those are fightin’ words.

This was a direct attack against David’s soul, and it was a lie.

David recognized the lie. He didn’t just flag it as false; he actively opposed it with truth.

David quit listening to lies and immediately prayed to God. He spoke truth into his situation: God is his shield. God is his glory. God exalts him.

When lies try to take us hostage, we have the weapon of truth. We have every right to shut down lies and refuse to listen. Lies don’t just leave; we need to counter them with truth.

God showed up. Verses 4 and 5 describe how God heard and protected David. In other words, when David put his faith in God, God proved trustworthy.

Earlier, David had just enough faith to counter the first lie. Now that he has seen God come through for him, his faith grows.

“I will not be afraid of many thousands of people who have set themselves against me all around,” he declared (vs 6).

David’s situation had not changed, but his faith in God had. He continued to both pray for deliverance and acknowledge God’s power.

Though David had heard the lie that God would not save him, he boldly declared the truth. The psalm concludes with one triumphant line:

“Salvation belongs to the LORD; your blessing be on your people!” (vs 8)

“But I Deserved This”

I don’t know what you’re going through. Your enemy, the one who lies to you, would love to get you to believe that you deserve your circumstance that is hurting you. You deserve the pain; you brought it on yourself. God rescued David, but you messed up too badly for God to rescue you.

Don’t listen to the enemy’s lies. Tell the enemy Who your God is—and run to Jesus in faith for everything, big or little.