What The Victoria's Secret Fashion Show Means To Men
Odyssey

What The Victoria's Secret Fashion Show Means To Men

It's not about the women. 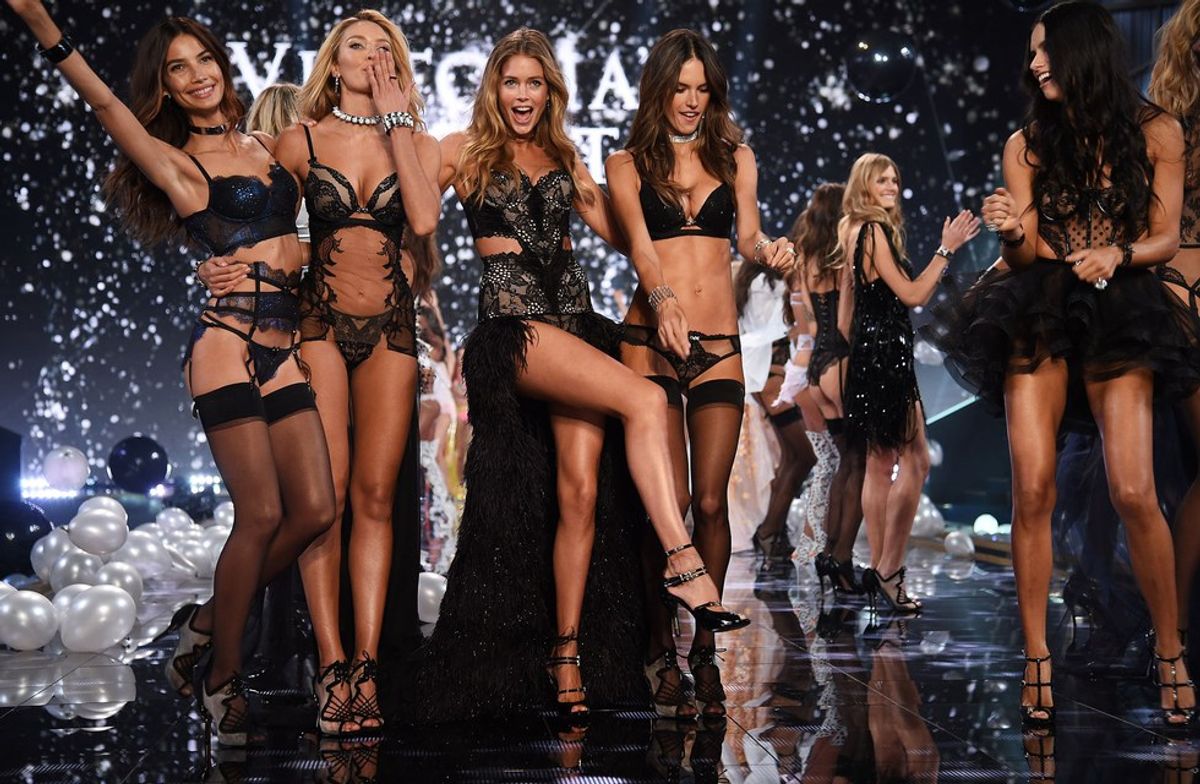 "You're just here to look at the naked girls!"

The only thing that I heard again and again as I sat with my friends to watch the Victoria's Secret Fashion Show. I did laugh it off and say that I was. But seriously, if I replied with a no or claimed I wasn't there for that, would everyone really believe me?

I know that the dresses were more than just sexy. Sexy wouldn't actually even come close to defining it, however, that is not the only thing that made the show great. I personally believe that there was so much more than just the models that stood out and managed to steal the show.

From an average 20-year-old's perspective, I honestly did not even know the names of more than 70% of the models (or angels if I must call them that) who walked the runway that night. The performances were great, needless to say. And overall, it was a good show. What I don't understand is the negativity.

To begin with, Victoria's Secret isn't known for selling comfy hoodies, they are known to make lingerie, so why is everyone surprised to see lingerie in their show? Not only that, their lingerie obviously isn't meant to be a simple clothing item, it is meant to be visually appealing. And so far they are doing a rather decent job at it.

Victoria's Secret has managed to take their name and solely by the power of it, make lingerie, a basic thing, into something classy. So I don't think there should be anything wrong with men watching the show.

Secondly, they did manage to put a great show up for the world. The performances were all great and so were the walks. I don't really need to say anything about the models, who were not only looking beyond perfect but carried themselves off flawlessly while balancing their attire, walking the way a Victoria's Secret Angel is supposed to, smile through all of it and even sing along to the songs that were being performed. It takes more than just a pretty face to do that.

Usually on any other fashion show, there is an obvious sense of anxiety and nervousness on the face of the models and the performers, but with this one, you could only sense happiness and feel as if every single person that was a part of the show was there to just enjoy themselves and have a night to remember.

It would be unjust to commend the models and the performers while the designers and the production were the real heroes of the night. Every single second on air was a priceless one and this was all because of the hard work and input is given by the camera that captured every beautiful angle of the angels.

So next time, when there is a good show, we call it a good show because of those who put it up and not those who are watching.

Caitlin Marie Grimes
University of South Florida
11175
Beyond The States