Let's Take a Look at this Concept...
Odyssey
CurrentlySwoonLifestyleHealth & WellnessStudent LifeContent InspirationEntertainmentPolitics and ActivismSportsAdulting
About usAdvertiseTermsPrivacyDMCAContact us
® 2023 ODYSSEY
Welcome back
Sign in to comment to your favorite stories, participate in your community and interact with your friends
or
LOG IN WITH FACEBOOK
No account? Create one
Start writing a post
Relationships

Let's Take a Look at this Concept...

You'll know when you meet your twin flame. 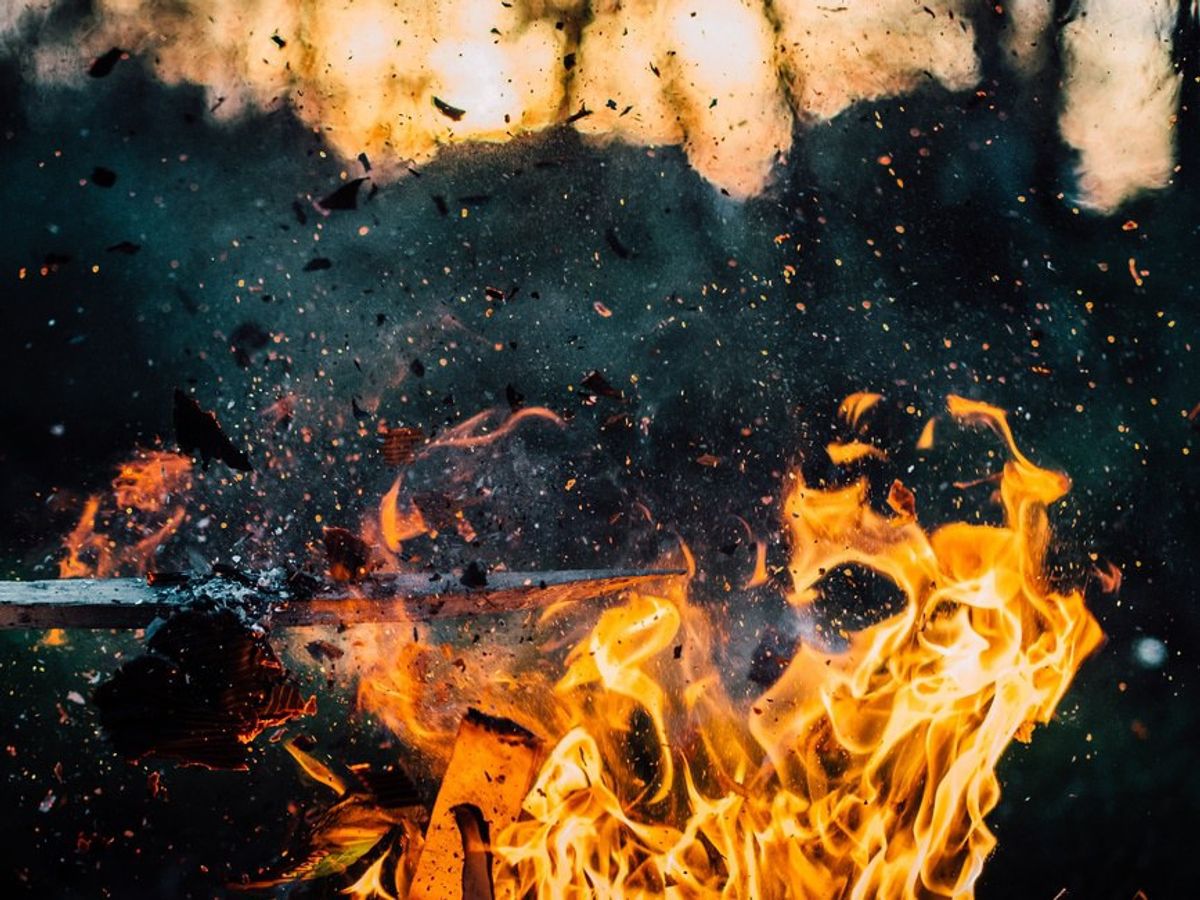 For years, the story of the “twin flame” has circulated around the world. Some call it a “soulmate,” while others refer to the “red string of fate,” but at the end of the day, it all breaks down to one point: someone out there is carrying the other half of your soul, and when you’re both united, you will be whole. Perhaps this notion is a bit romanticized and outdated, but that doesn’t necessarily mean it’s untrue. The difference is, when you meet your twin flame, you may feel something akin to familiarity. With this person, you may literally feel the earth shift beneath your feet. After five minutes of conversing with this person, you get the feeling that they’re going to impact your life in some way that will irrevocably change you. You’re not aware of how, or when, but you have the strange feeling that you’ve met this person before. You feel at home around them, and you’re able to be your authentic self. This is called a twin flame.

I remember the moment I met my twin flame. I was 14 years old, on the first day of Freshman year in high school. He turned around to face me, and immediately I felt something shift within me. To this day, I have never had the feeling I experienced when I met him. I barely knew him, how could I possibly feel this odd sense of euphoria, of familiarity, with a stranger who sat in front of me in math class? No, I won’t chalk it up to some hormone-fueled crush. This was different. I’ve had other boyfriends, experienced an array of relationships, but I have no words to describe the feeling I felt that day. It definitely wasn’t love, it was hardly a crush. But something deep, down inside told me to hold off with this person. To not pursue them romantically up front, and to shy away from any romantic pursuits on their end. Instead, I became best friends with my twin flame. I was too young to understand the type of connection we had with one another, but I simply knew I wanted to be around him as much as possible.

I’d never met another human being who enjoyed the things that I did, that had the same humor as me, and just got me on a level that most didn’t. We came from completely different backgrounds, and yet we were the same at our core. Throughout my other relationships, he was living his own life, having his own relationships, but we always ended up back with each other at the end of the day. It wasn’t until I was nearly a senior in high school that we took our friendship to the next level, though we’d always had some level of love for each other in the years leading up to that. We’ve currently been dating for 6 years. For a while, I thought I was the only one who had experienced something “other-worldly” on the day we met. Until 3-4 years into dating, he turned to me and explained how he felt the first moment he met me. How time slowed down, how he felt like he’d known me for years, and how he literally felt something shift within himself. Call it what you will, but I couldn’t deny what was in front of me: this person felt the same sort of earth-shattering, gravitational pull towards me that I’d felt towards him in the exact same moment.

Twin flames don’t come around often, most likely once in a lifetime. There are ideas that you can be connected to a “soulmate” that may not be your significant other, or that a “red string of fate” has been tied between you and the people who have affected your life, but twin flames are different. Twins flames are romantic, consuming, and provide for you the things that you’re lacking in your life. Be warned, though, that your twin flame may frustrate you by opening your eyes. Where you may be neat and uptight, they may be carefree and messy. They are in your life to bring you the things you lack, and teach you the things you are unable to teach yourself or that life has failed to teach you. They will exemplify what you fear and desire, at the same time, for your own personal growth. One of you may be more “spiritually mature” than the other, providing wisdom and guiding the other twin flame with a young soul. You may be tuned into this person’s energy, or acutely aware of their energy over anyone else’s. This is not puppy love, and this is not a surface feeling. With a twin flame, it will feel as if the two of you were written in the stars, separated in another life, or it may simply feel like “home.” Any way you spin it, according to legend, this person “completes” you. Now all you have to do is go out there and find them.
Report this Content
This article has not been reviewed by Odyssey HQ and solely reflects the ideas and opinions of the creator.