The Thing Trump Says He Has He Absolutely Lacks
Odyssey

The Thing Trump Says He Has He Absolutely Lacks 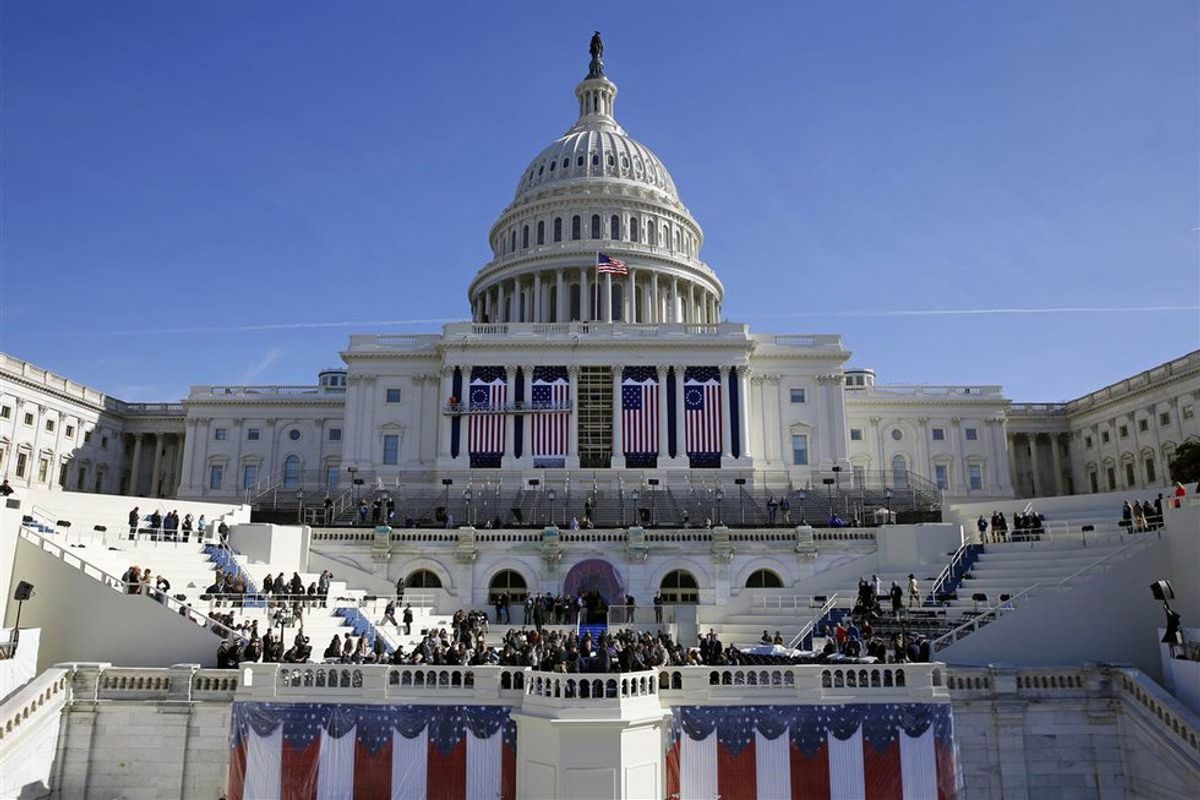 As Trump takes office, there's something important to remember, no matter how often he and his surrogates say that it is so.

Donald J. Trump does not have a mandate.

No matter how much he, or Kellyanne Conway, or Paul Ryan, or anyone else say that the new president and Congress have a mandate from the American people do not believe them. They are attempting to gain a legitimacy they simply do not have.

According to the "Webster's New World Dictionary of American English, Third College Edition," mandate has a variety of definitions, some still used, some now deemed historical. The third definition is the one that crops up in politics most often today, "the wishes of constituents expressed to a representative, legislature, etc., as through an election and regarded as an order."

Mandates in politics often come through winning elections, but not just by winning them. To have a true mandate, one must win an election decisively. That means getting over 50% of the vote. A majority of people must vote for you. Donald Trump lost the popular vote. He lost the popular vote by 2.8 million votes. His percentage of the popular vote was a mere 46.1%. A decent sized number to be sure but not a majority, and not even more than his opponent. His victory was only due to the electoral college system, the very system meant to prevent a candidate such as him from assuming the presidency.

None of this, of course, makes a whit of difference now. At twelve noon, a man whose every action has declared him incapable of fulfilling the office he has been elected to, will assume the duties of the President of the United States.

What is left is for we the people to determine our part in this presidency. Trump's lack of a mandate means that the voice of the people should be listened for, and heeded. Opinion polls would once have provided this voice, but the lack of trust in them after the 2016 election suggests that other means will be necessary. More direct means, such as contacting the White House directly and flooding it with the voice of the people, rather than the voice of corporations and foreign leaders.

In the next four years of the Trump presidency, we cannot let the voices of those who are hardest to hear be silenced. So speak up. Call or write, not just the president, but Congress as well. Let your legislators know when you support their actions, and when you don't.

Margaret Mead is quoted as saying, “Never doubt that a small group of thoughtful committed citizens can change the world; …. indeed, it’s the only thing that ever has.”

Every voice, every group, needs to speak, and help others to do the same. We need to fight, even in our darkest days, because if we work for it, if we band together and refuse to let tyranny, misogyny, or racism defeat our spirits, we will find our finest hours. As much as January 20 is the end of an era, it is also the beginning of one. No matter what the President or the Congress does, no matter what history records about the 45th president and the 115th Congress, we can force it to recollect that there was a citizenry, a populace, that stood up for itself and its rights. A people who knew that their voice had not been heard in the election, and fought to make sure it was not extinguished in the administration that followed.

It will not be a quick fight, it will not be an easy fight, but we did not give this administration a mandate. If we want to show them what their orders are, we have to do it, often, and loudly. This is a new era.

It's our job to shape what it looks like.

You can leave comments for the White House here.